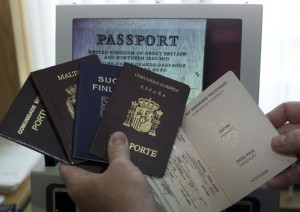 There are, of course, many simple practical benefits for getting a second citizenship. Sure, it is nice to be able to choose the faster line at passport control – but the more serious benefits come from the chance to vote with your feet and opt out from things you don’t like about your current government. Here are some examples.

… tax savings are the clearest practical benefit to second citizenships. To opt out of the tax system, Americans must renounce their existing citizenship, but they cannot do so if they don’t already have another citizenship, because the US government will not allow its citizens to become stateless.

Many Americans we have talked to don’t want to renounce just yet, but they don’t trust Obama either. They want to have a ‘Plan B’ in place for their families. Americans on the whole are well-organized, liberty-minded individuals who like to plan for the future and keep all their options open. It just doesn’t make sense to be tied down to just one government, if you don’t trust that government 100%!

… who like to acquire second passports for security – as an escape hatch. Anyone who has set up a successful business in Russia is likely to be a target: either for government officials, or for criminals, or both. Very often, it is hard to tell the difference between these two groups, not just in Russia but also all over the world.

Russian second passport holders are not too bothered about tax, since Russia actually has a relatively low flat tax. They are likely to stay at home and get on with business while the going is good, but they want to know that they have a secure location, where they are already established, where they can slot in their families at very short notice if necessary. They don’t want to be applying for visas when it’s already time to leave the country.

They also want their kids to grow up in a more secure environment, and their teenagers to study at the world’s best universities. Having a foreign passport often opens doors to such opportunities – for example, a British commonwealth passport such as Grenada, St Kitts or Antigua can ease entry to top British universities.

… who are seeking second passports, and also seeking an escape from political upheaval. They have seen many wars during their lifetimes, often out of their own windows. Their home country passports (even if they can acquire them, which is not always a given) might subject them to persecution in neighboring countries, or maybe they can’t even cross the border into a neighbouring land.

If a good business opportunity comes up in another country, they might miss out just because it can take them months to get a visa. With a neutral second citizenship that doesn’t mark them out with any religious affiliation, they can simply hop on a plane. Again, family security and the ability to carry on business unmolested top the wish lists.

… they, too, are now recognizing the value of second passports. The number of millionaires in China is about the same as the number of millionaires in the United States. Although it’s getting easier these days for Chinese business people to travel internationally, there are still many bureaucratic restrictions to cope with, countries they are not allowed to do business with, and similar problems. And the bottom line remains… they don’t trust their government.

Anyone who is smart in China realizes they should keep as many doors as possible open into other countries.

… if we analyze this, Americans, Middle Eastern clients, Russians and Chinese all have the same problems: uncertainty about what will happen in the future. The same thing applies to citizens of many other nations too.

The solution is the same for all of them: they can sleep soundly at night with a second citizenship. It’s all about keeping your options open.

For more information on how a second passport can help you and where you can obtain one, read the Q Wealth Report “Second Passport Report – Your Complete Guide to Second Passports, Citizenship by Investment and Residency Options”, one of the many free reports and services available with full Q Wealth Membership.