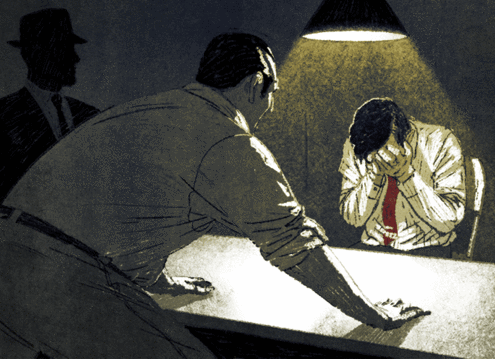 Mike Giglio, is a former journalist for Newsweek, who now works for online content producers, Buzzfeed, who attract over 900 million video views every month.

Mike has covered many of the world’s hottest hot spots and flashiest flash points over the years.

Back in 2013 though, Mike was posted to Egypt, from where he submitted the following on his Twitter feed.

Mike Giglio’s laptop was definitely “password protected”, his employers even will have seen to that.

But equally, it’s plain to see that he was definitely NOT “protected”, at all.

This is just one isolated, albeit reasonably high profile and “extreme” example, proving the point that even really brave and smart people, simply need to get “smarter” when it comes to laptop security.

What happened to Mike took place in Egypt, but regardless of what jurisdiction we find ourselves in, if a government agent gets it into their head that they wants our password, they’ll get it somehow, with or without the “short cut” of fists!

These agents have the entire “legalised brute force” of The State behind them, and they will not hesitate for a millisecond to use it, if they feel they need to.

So to counter all that massive power imbalance, and to save our data & privacy (not to mention the odd “beating around the head” if we’re unlucky) we simply must learn the latest laptop “life hacks”.

That’s where getting really “smart” with your laptop security comes into its own.

There are some very specific combinations of software, that can be integrated with some “ingenious strategies”, that absolutely would have saved Mike Giglio from needlessly having to endure such a beating; only to be forced to surrender his password and data anyway!

So in an effort to protect their readers then, The Q Wealth Report Team have are releasing their fully revised 2015 Edition of :

“The Complete Guide To Computer Security …

Inside, you will learn what an unfortunate and beaten up Mike Giglio has potentially even yet, still to learn. 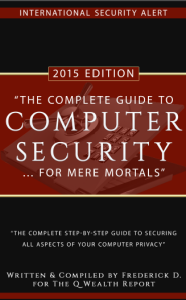 So we urge all of our readers to get “smart”, to be “ahead of the curve”, and to fight for your privacy!

Check out some of the free and premium-level resources available in the Security Report, here

Better still, become a Full Member here, and get access to not only the Security Report, but also to a Library of Reports, all included in the price of Membership, and all written specifically to protect you, your privacy, and your assets.