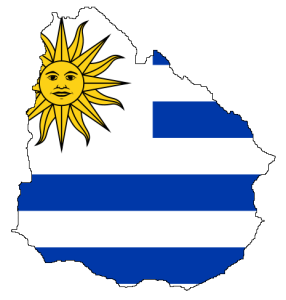 “I’m a young, single US Citizen who is very concerned with the way things are going. I hope the government works things out fine. But in the meantime, prudence dictates that I have an exit strategy in place.”

That question came in recently for a reader asking about second passports and economic citizenship programs. The client was willing to do the following things:

However, he also had a clear list of things he wanted to avoid:

The client’s research has already had him zeroing in on South America. Both Uruguay and Paraguay are attractive options, though they both have their clear advantages and disadvantages.

Although I don’t necessarily agree that Dominica and St Kitts and Nevis passports are not taken seriously, people in the know will certainly be aware that you’ve bought them. They are respectable programs, but still, I can understand this chap’s sentiments. If you can take the time to acquire a second passport by residence, including learning some of the local lingo, the advantages are huge. Both Uruguay and Paraguay have great visa-free travel. Feeling comfortable with your travel document is very important, so, in this case, I would definitely recommend the client goes with something from the zone he has been looking into.

“I’ve never been to Uruguay but I did the most research on Uruguay and it seems like a good country to gain citizenship. I must marry a local to get my citizenship in 3 years.  I’m told a great advantage of Uruguay is that you only need to be in  the country 3 months per year for 3 years if married and 5 years if single. I don’t know if this is true?”

Not exactly. A great thing about Uruguay is that although the normal waiting time for a passport for a single person is five years, anyone who is part of a “family unit” living in Uruguay can apply for naturalization and passport after three years. This does not necessarily mean you have to marry a local. It just means that if you have family in the country, it shows a greater committment, and therefore the waiting time is reduced to three years.

Marrying a citizen of any country is fine as long as the married couple live in Uruguay. Gay marriages are acceptable too. A family unit could also consist of brothers, a father and son, an uncle and nephew etc. The point is just that you should have a significant other in Uruguay.

The time you have to spend there is not set in stone but I guess 4-6 months is about the minimum. The connection you have with the country is more important than the number of days you physically spend there. Buying real estate, for example, demonstrates a connection, as does having a local corporation, paying taxes and social security etc. These are the kind of things you can expect the Uruguayan government to check up on when it comes to applying for citizenship.

Living in Uruguay is easy. More details of expat life in Uruguay, for example, can be found at Ola Uruguay. In the areas where expats typically live, services are of first world standard and there is little corruption.

All this comes at a cost, however. Compared to the rest of Latin America, both real estate and the cost of living in Uruguay is high. In the jet-set hideout of Jose Ignacio, a trendy village half an hour east of Punta del Este, I thought I was in London or Paris when I saw the restaurant bill!

So that’s living and obtaining a second passport in Uruguay, but what about taxes? For more details of Uruguay residence and citizenship, I am currently working on a free report that should be available during the summer to Q Wealth members. The report will take into consideration the new tax situation in Uruguay announced in May 2010, where for the first time Uruguayan residents (both citizens and foreign residents) will be subject for the first time to taxation on their worldwide income. If you would like to get this report as soon as it comes out, and without having to remember to check back here from time-to-time, let us know here: Uruguay Residence and Citizenship.

Now, for young-at-heart individuals with a sense of adventure and a slightly higher tolerance for risk (or perhaps an appetite for profit?) there is a wildcard choice: Paraguay. One might choose Paraguay over Uruguay because:

I’ll be writing more about second citizenship opportunities in Paraguay in the second part of this article, which will be published in a week’s time. In the meantime, we have another article here: Paraguay Second Citizenship

56 thoughts on “Uruguay and Paraguay for Second Passports”