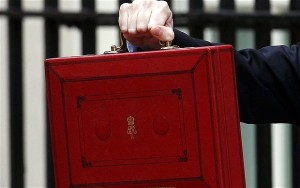 George Osborne unveils his 7th and first solely Conservative Budget since 1997.
This is a bulletin by Mark Davies & Associates Ltd commenting on the UK Summer Budget 2015 delivered by George Osborne on 8th July 2015. Mark Davies & Associates is a boutique firm of Chartered Tax Advisers who specialise in international clients. Their contact details are at the bottom of this article.

It was widely anticipated before the speech that Mr Osborne would target tax avoidance and, as expected, the Budget contained details of a £5 billion crackdown on what Mr Osborne termed as tax imbalances, avoidance and aggressive tax planning.

The Budget also included the Government’s reforms to the tax rules for foreign domiciliaries or “non-doms”.

We have provided below an overview of the changes which we believe are most relevant to our international clients.

Reform of the non-dom regime

Once an individual has been UK resident in more than 15 out of the past 20 tax years they will be deemed to be UK domiciled for all tax purposes, even if they are a foreign domiciliary under general law.

With effect from the sixteenth (out of the last twenty) tax years of UK residence, an individual will no longer be able to benefit from the remittance basis, and will instead be subject to UK tax on their personal worldwide income and gains on an arising basis.  They will also be liable to UK inheritance tax on their worldwide assets, not only those situated in the UK.

It is intended that the new 15 year rule will apply from 6 April 2017.  This does provide sufficient scope for non-doms to undertake suitable planning before the rules are implemented, or before they become deemed domiciled under the 15 year rule.  However, the Government recognises that the existing rules relating to offshore trusts are complex and there will be a period of consultation between HMRC and interested parties.

An individual who becomes deemed domiciled under the 15 year rule will need to spend more than five tax years outside the UK in order to lose their UK domicile for tax purposes and “restart the clock”.

It will no longer be possible for an individual who is born with a UK domicile to replace that domicile with another domicile of choice in the event that they subsequently return to live in the UK.  This proposal will specifically affect any UK domiciled individuals who leave the UK, acquire a domicile of choice overseas under general law and subsequently return to the UK and still claim to be non-domiciled for tax purposes.

In addition, new rules will aim to ensure that the tax advantages of trusts set up while a previously UK domiciled individual is not domiciled in the UK will be lost for the duration of any subsequent periods of UK residence.  The detail of these rules is not yet known.

It will be more important than ever for clients to take professional advice in relation to their residence and domicile status.  We will be contacting our clients who are likely to be affected by these changes over the coming few weeks. Anyone with concerns should not hesitate to contact their usual adviser at Mark Davies & Associates.

Under the current rules, non-doms who are “long term” UK resident are required to pay the annual remittance basis charge in order to claim the remittance basis.
When the charge was first introduced in April 2008, it was set at £30,000 per annum for those who had been resident in at least 7 out of the previous 9 tax years.

Increases in these charges were widely anticipated prior to Budget day.

However, the Chancellor has opted to leave the £30,000 and £60,000 remittance basis charges unchanged.  The £90,000 charge will be irrelevant from April 2017 onwards as those who have been resident for more than 15 out of the last 20 tax years will no longer be eligible to claim the remittance basis in any event because of the new “15 year” rule.

We anticipate that the proposed changes to the taxation of dividends will have an impact on our clients.  From April 2016, the system of applying a “10% notional credit” to dividends will be abolished and replaced with a £5,000 tax free allowance on dividends each year.

It is anticipated that dividends received will no longer be “grossed up”, and will instead be taxed at 7.5% for basic rate taxpayers, 32.5% for higher rate taxpayers or 38.1% for additional rate taxpayers.

Many thanks to NonDom.com.  For the full article go to: http://nondom.com