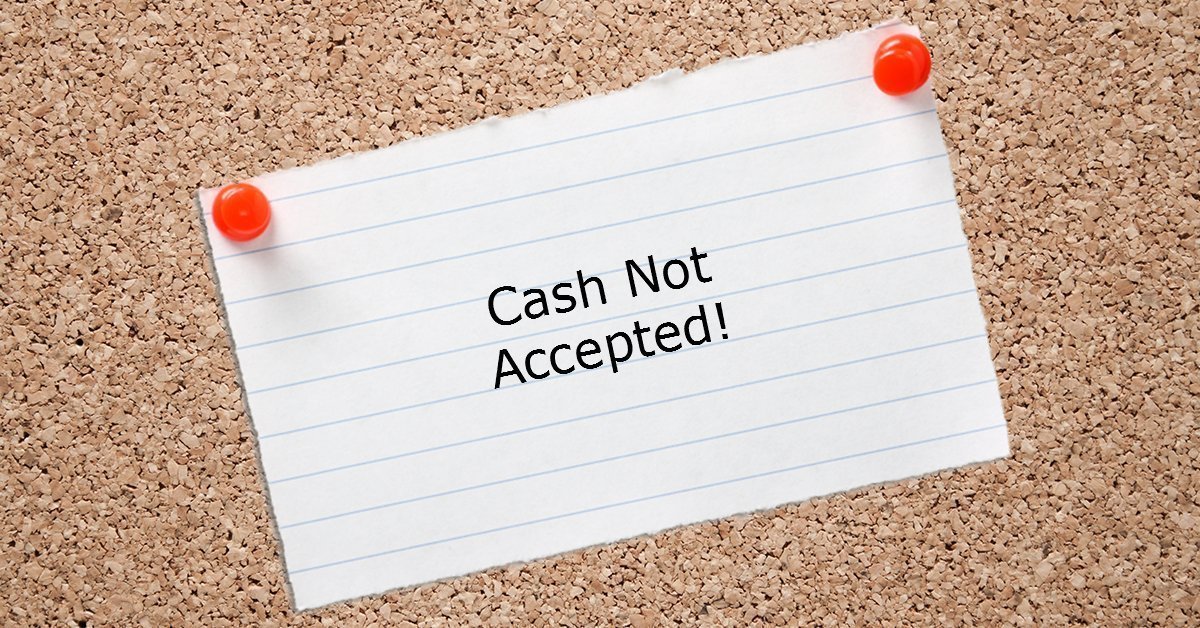 The following two UK newspaper articles, highlight both the subtle, and the not so subtle, nature of the seemingly inexorable drive towards a “Cashless Society”

The first article is drawn from “The Independent” newspaper in the UK, and as it turns out, it is essentially little more than an advertorial/mini book review, promoting a book on the “benefits” and “inevitability” of a cashless society.

What it does do though, is it highlight the subtle degree of propaganda that goes on regarding the seemingly endless drift towards a “100% trackable” world.

The second piece, comes from “The Telegraph”, again from the UK, but takes a much more aggressive, “in your face” approach, as you will see.

There is a world of difference between seeing the massive advantages of of “decentralized digital currencies”, as The Q Qwealth Report unashamedly does, and the much more subtle “parallel movement” that exists, that is currently driving us towards a “100% Cashless Society”, with all of the “trackable loss of freedom” that such a development would inevitably bring.

The subtelties of the Pro’s & Con’s of each side of that debate then, will be the subject of an upcoming Special Report in the Q Wealth Members Area.

So watch out for that soon.

In the meantime, here is the first, not so “independent” article from “The Independent”!

The tooth fairy’s days are numbered.

The proportion of cash payments was less than half the total number of payments made last year, falling from 52 per cent in 2013 to 48 per cent in 2014 for consumers, businesses and financial organisations combined, according to the Payments Council.

Non-cash payments are expected to overtake cash payments by consumers for the first time next year. The idea of a completely cashless society is not so far off.

Some of us already cashless.

Dave Birch, author of “Identity Is The New Money”, said that young, middle class women are most likely to have made the transition to electronic payments.

He said poorer people are more likely to use cash – meaning they get caught with cash machine charges, and are unable to get the best deals online.

Cash is also used for money laundering and tax evasion.

“Cash is bad for society in that respect,” said Birch.

“In countries that are already mostly cashless such as Denmark, Finland and Sweden, the total cost to the economy of the payment system is less,” said Birch.

“Pocket Change” could soon be a thing of the past 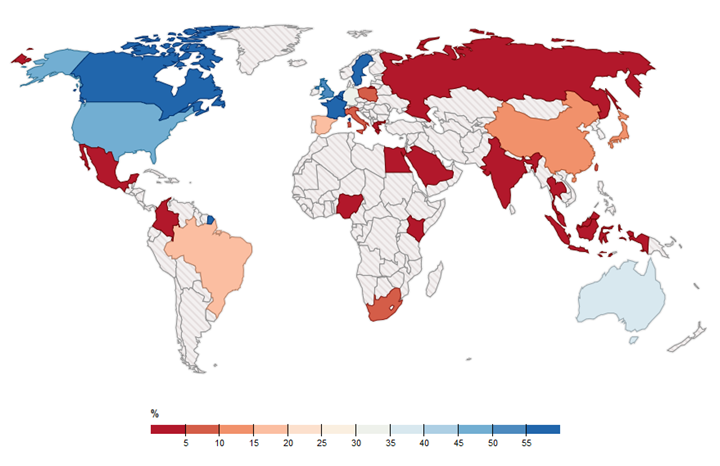 Birch said that for the UK to become entirely cashless, the government would have to get behind the idea with policy changes.

Countries that almost exclusively use cash most often do so because they don’t have the infrastructure in place to support electronic payments. Some, like Italy and Greece, still prefer to use cash for cultural reasons.

As promised, here also is the contrasting, “subtle as a sledgehammer” approach, of “The Telegraph”!

This you shouldn’t miss!

How to end boom and bust: make cash illegal

This story is part of our “Money Lab” series, in which respected figures from the world of finance put forward controversial ideas for improving our personal finances or the economy.

We will publish this story in print in “Your Money” this weekend, along with the best comments from readers, so have your say below

A proposed new law in Denmark could be the first step towards an economic revolution, that sees physical currencies and normal bank accounts abolished, and gives governments futuristic new tools to fight the cycle of “boom and bust”.

The Danish proposal sounds innocuous enough on the surface – it would simply allow shops to refuse payments in cash, and insist that customers use contactless debit cards or some other means of electronic payment.

Officially, the aim is to ease “administrative and financial burdens”, such as the cost of hiring a security service to send cash to the bank, and is part of a programme of reforms aimed at boosting growth – there is evidence that high cash usage in an economy acts as a drag.

But the move could be a key moment in the advent of “cashless societies”. And once all money exists only in bank accounts – monitored, or even directly controlled by the government – the authorities will be able to encourage us to spend more when the economy slows, or spend less when it is overheating.

This may all sound far-fetched, but the idea has been developed in some detail by a Norwegian academic, Trond Andresen.

In this futuristic world, all payments are made by contactless card, mobile phone apps or other electronic means, while notes and coins are abolished.

Your current account will no longer be held with a bank, but with the government, or the central bank.

Banks still exist, and still lend money, but they get their funds from the Central Bank, not from depositors.

Having everyone’s account at a single, central institution allows the authorities to either encourage or discourage people to spend.

To boost spending, the bank imposes a negative interest rate on the money in everyone’s account – in effect, a tax on saving.

Faced with seeing their money slowly confiscated, people are more likely to spend it on goods and services.

When this change in behaviour takes place across the country, the economy gets a significant fillip.

The recipient of cash, responds in the same way, and also spends.

Money circulates more quickly – or, as economists say, the “velocity of money” increases.

What about the opposite situation – when the economy is overheating?

The Central Bank or government will certainly drop any negative interest on credit balances, but it could go further and impose a tax on transactions.

So whenever you use the money in your account to buy something, you pay a small penalty. That makes people less inclined to spend and more inclined to save, so reducing economic activity.

Such an approach would be a far more effective way to damp an overheated economy, than today’s blunt tool of a rise in the Central Bank’s official interest rate.

If this sounds rather fanciful, negative interest rates already exist in Denmark, where the Central Bank charges depositors 0.75pc a year, and in Switzerland.

At the moment it’s easy for individuals to avoid seeing their money eroded this way – they can simply hold banknotes, stored either in a safe or under the proverbial “mattress”.

But if notes and coins were abolished, and the only way to hold money was through a government-controlled bank, there would be no escape.

Apart from the control over the economy, there would be many other advantages of a cashless society.

Such a system is much cheaper to run than one based on banknotes and coins.

Forgery is impossible, as are robberies.

Electronic money is an inclusive and convenient system, giving poor and rural sectors of an economy – where cash machines and bank branches may be few and far between and not all people have accounts – a tool for easy participation in the economy.

Finally, the “black economy” will be hugely diminished, and tax evasion made all but impossible.

I thought it was satire at first!

Anyway … if you’d like to write to “Jim Leaviss”, and tell him what you think of his ideas, then I’ll try to find his email address for you!

Alternatively, have your say in the comments section of the article. Here is the link.

Personally though, I’m still a bit speechless and hardly know where to begin!

Maybe by the time the upcoming “Cashless Society Special Report” comes along though, I will have recovered the power of speech!

… the UK’s Central Bank … The Bank of England!

Now why doesn’t that come as much of a surprise?!

Until next time, and as always …

To Your Secure Financial Future