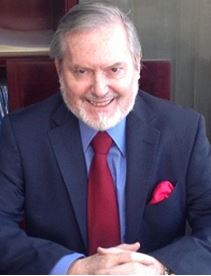 Trust Services Panama – When John Kerry, America’s secretary of state, stepped down on to the airport tarmac in Havana on 14th August to attend the flag-raising ceremony that reopened America’s embassy there, he was still recovering from surgery on a broken leg. This softly-spoken diplomat carried a stick with him down the gangway from the plane and if any memories of President Theodore Roosevelt’s brand of politics were stirred, let them remain just that as the delicate negotiations between both countries commence.

The big stick doctrine of Roosevelt was illustrated when, as a colonel, he led his regiment, known as the “Rough Riders”, in a battle against the Spanish in, ironically, Cuba. A real shift in diplomacy, however, occurred during the presidency of Woodrow Wilson after the First World War when America became active on the international scene. Britain’s influence had started to dwindle and the American eagle swooped down on its injured prey: Europe was brought to its knees by the First World War and, in economic terms, the Second World War crippled it.

An emboldened America looked beyond its own shores, and those of Latin America, determined to define, as well as set, foreign policy and spread democracy abroad. The art of diplomacy, like English custom, was exported to America and had been fired in the kiln of European history, with diplomatic practice reaching back through the centuries.

America, however, was confronting tomahawks, not treaties, in the 16th century when the first permanent settlers from Europe arrived; without the lessons of the Middle Ages, America often finds it hard to find the middle ground. Rough riders are well and good, but riding roughshod, in diplomatic terms, just doesn’t work any more – especially as China’s dragon eyes the eagle.

Champagne glasses will be raised next February when Emirates, the airline based in Dubai, launches its non-stop service to Tocumen International airport in Panama. It will be the world’s longest commercial flight, beating the present one operated by Quantas between Dallas Forth Worth International Airport in America and Sydney in Australia. If the defrosting of diplomacy will open up Cuba to America, the Dubai flight will certainly expose Panama to the Middle East.

Why Panama? Accepting that Panama is a vibrant, commercial success, that wouldn’t be enough to lure Emirates. The answer is its airport, and which is also an emblem of the country’s extraordinary economy.

The Dublin City Business Association once asked: can you judge a nation by its (public) toilets? I’m not flush with answers to that question but after regular travel to lots of countries I conclude that often a country’s overall progress can be gauged by the condition of its terminals, not its toilets.

Some airports seem fixed in time, with little improvement to either the décor or the facilities. When I made my very first trip to Panama about 35 years ago, it was a typical, tropical airport of its time with basic amenities and, in those days, it was also a very long drive to Panama’s capital (today, that journey is 20 minutes or so via a modern highway).

It is the only airport in Central America with two runways at sea level, 34 boarding gates and 6 remote positions with the capability to move over 12 million passengers annually; when its new South Terminal opens, scheduled for completion in 2017, that number will increase to 18 million.

Even now Tocumen airport enables passengers to be connected with 83 destinations in 34 countries in the Americas and Europe. No wonder it is pivotal to air travel in the region, which makes it the ideal hub for Emirates; up to now the airline has limited its service to South America’s Southern Cone and now its reach will cover South America’s Northern Cone too. Forget the Panama hat; next February this new service is unquestionably going to be a feather in Panama’s cap.

A lot of diplomatic efforts on Panama’s part resulted in this breakthrough becoming a reality, and we must hope that the negotiations between Cuba and America, by contrast, don’t end up being just a flight of fancy.

This article is from Derek Sambrook of Trust Services SA, in Panama. To reach Derek please use the following: