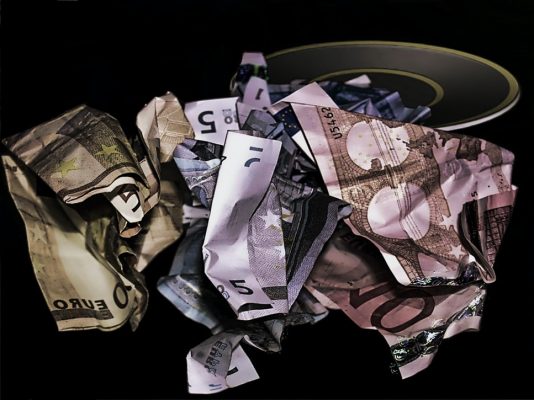 The Covid-19 crisis is changing the world before our very eyes.

Billions of people are in lockdown, air travel has effectively ground to a halt, businesses and education systems have been thrust into remote work arrangements, and many sectors of the global economy look set to become extinct.

Changes that would normally take years to materialize are being accelerated and condensed into a relatively short, painfully acute period of time.

Emerging dynamics, ideas and political machinations that have materialized in response to the crisis are reshaping the way politics, economics and basic human interactions are going to operate going into the future.

From talk of ‘Immunity Passports’ that will likely be required for international travel, to enactment of universal basic incomes, a more deeply-embedded reliance on technology and digitization, and menacing murmurings of an abolition of cash – Covid-19 is on course to be an era-defining event.

While the situation is evolving rapidly and the political and economic reactions to it are multifaceted and diverse across the world, this article is going to discuss the broad potential implications of the crisis on monetary policy, interest rates and cash.

Ever since proposals for a giant US$ 2.2 trillion aid package began being tabled in the US Congress (and later signed into law by US President Trump on March 27), it has become clear that governments around the world are going to tackle the economic effects of the crisis in the classic fashion: by throwing a bunch of money at it.

Similar bills are being passed around the globe. Following marathon talks to determine what the final EU bill will be, EU finance ministers just last night agreed on a €500+ billion stimulus package to help health systems, individuals and small businesses in the bloc.

However, calls from poorer southern states for the issuance of so-called ‘Corona Bonds’ that would share the burden of debt among all member states and be a definitive step towards a ‘United States of Europe’, ultimately failed to pass.

Divisions that have existed since the EU sovereign debt crisis of 2011-2014 have once again emerged, with the rich nations of Germany and The Netherlands opposing the idea. Politicians from the south, such as Italian Prime Minister Giuseppe Conte and Spanish President Pedro Sanchez, have said that this internal division could be the very undoing of the EU project altogether.

However, whether the EU collapses or not, it is clear that from a global perspective, the quantitative easing that has defined global monetary policy since the Global Financial Crisis (GFC) of 2008-2009 is going to be radically accelerated in response to the current crisis. 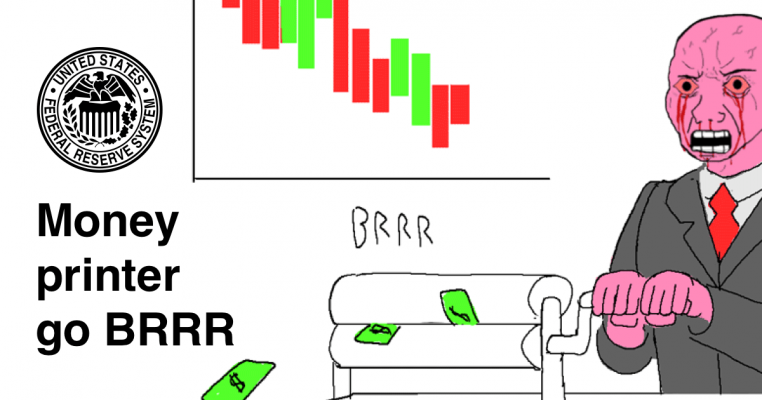 In ‘normal’ times of crisis in the past, that would have meant a lot of new cash being printed by central banks and essentially handed over to governments in exchange for bonds. The governments would then be able to use the cash to stimulate the economy, while it would also be pumped into banking systems so that they in turn could offer loans to individuals and businesses.

Interest rates would be lowered in order to encourage borrowing from these individuals and businesses – essentially offering cash on the cheap, in the anticipation that it will be used for investment and spending that could also stimulate the economy.

These days, the strategy being followed essentially remains the same. And as has occurred over the last 12 years, very little actual physical cash is going to be ‘printed’.

For the most part, it will involve central bankers pushing buttons and conjuring the ‘cash’ up on their screens. This new cash won’t ‘appear out of thin air’; it will be borne from – and remain within – the digital realm.

Now, many people will go on about how the continuous printing/creation of money will inevitably lead to hyperinflation, a debasement of currency, and an endless, ever-growing and unsustainable mountain of debt. However, the last 11 years of quantitative easing have not produced that much-dreaded hyperinflation.

Why? Because so far, demand for cash (from banks seeking to loan it) has been able to keep up with the supply (we’re going to get back to this point a little further down).

And contrary to popular belief, inflation is not a direct result of an increase in the amount of cash in circulation. Inflation is the result of goods becoming more expensive, which is different.

In the current conditions, inflation is not likely to become a danger, as long as supply lines and production is maintained, and demand is sustained (through the aforementioned stimulus packages).

So, we would argue that while inflation is definitely a potential risk of quantitative easing, it is definitely not a guaranteed outcome of it. And in fact, the real danger at the moment is a deflationary spiral – when prices of products drop due to a lack of demand.

However, some key details of this new chapter of quantitative easing are different to previous ones. And this is due to the current lack of demand for cash, or more specifically, debt.

Central banks essentially have two main weapons in their arsenal for controlling the economy, or responding to shocks and crises: printing money, and adjusting interest rates.

Central banks often raise interest rates when they sense a bubble in their economies, or if their currencies or economies are perceived as volatile, threatening capital flight from their borders.

However, as interest rates are at rock-bottom rates across the world, often approaching 0% – or even, as in the case of Japan, negative – this leaves central bankers with a very big problem: how to get people to borrow and spend more money, if they aren’t already doing so.

And in an economic crisis with so much uncertainty, not least of which is the question of ‘when is it all going to end?’, it is hard to instill confidence in people to start taking out loans and spending.

This has led many analysts to suggest that the trend towards banning large purchases in cash, as seen in many developed economies, from the EU to Australia, has a very high potential of evolving into an outright abolition of cash altogether in the years to come.

This is not because governments are necessarily evil; they might simply have no other choice if they want to keep their economies moving in the only way they know how to.

The War on Cash

If people are able to hoard cash, they can effectively evade Negative Interest Rate Policies (NIRP) instituted by governments in an attempt to stimulate spending.

Get rid of cash, and people are basically forced to choose between holding their funds in a bank (and paying for the privilege due to the negative interest rates), or spending/investing it.

Sound scary? Well, it is. If cash is abolished, paying the bank to hold it for us is going to be only one of our problems. Governments and central banks will be able to basically track, analyze, tax or potentially block every transaction we make, digitally and automatically.

However, there are still quite a number of political and economic obstacles to that happening, and potential exit routes to alternative liquid assets for us to take (for the time being at least).

Those options essentially boil down to three categories:

These safe havens are going to be the focus of our next few newsletters, and will also be more broadly explored in our upcoming Covid-19 Survive & Thrive Guide for our paid members.