Special Alert – The Unwelcome Return Of “The Mexican Passport Scam” 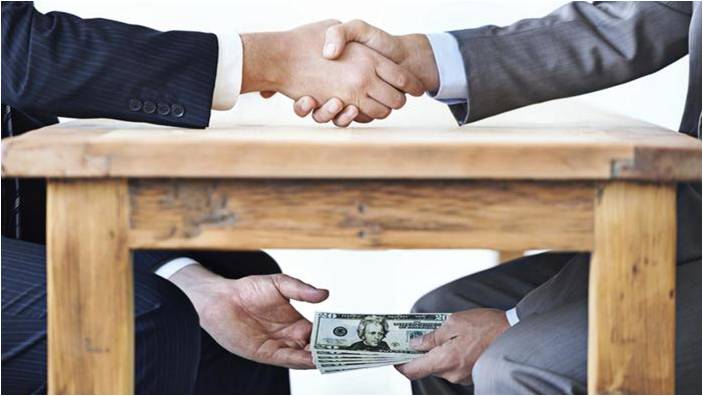 It genuinely gives us no pleasure, when we feel the need to warn Readers and Members of the latest “passport scam”.

Back in 2009, The Q Wealth Report released an article entitled …

And yet even today, in 2015, yet another fraudster has been exposed, offering “cut-price” Mexican Passports … complete of course, with outrageous claims attached.

The very presence of such fraudulent programs within the industry, paints a distorted picture of the programs that are legitimately available, and it raises wholly unnecessary doubts and hurdles in people’s minds, regarding Second Citizenship and Passports.

It is because of the very existence of such deceptive programs, that we feel compelled to review recent developments that have unfolded, regarding what has become known as the “Mexican Passport Scam”, or what you may sometimes hear referred to as “The Acapulco Program”.

Last month, in September, a video surfaced online, showing a secretly recorded conversation, between the operator of this program, and one of his clearly highly disgruntled sub-agents.

The agent evidently had around $300,000 of his and his clients money, tied up in the scam, and not a single passport had been delivered.

It seemed then, that in a final “throwing in the towel” attempt to get his money back, he went public by releasing the video.

It is not known how many other agents and individual clients have been scammed and sucked into the scheme, but even by the most conservative of estimates, the scam involves multiple millions of dollars.

The video that surfaced was so damning in its content, that his admissions are highly likely to lead to those responsible for offering the program, being indicted.

The scam this time, was offered by a well-known and high-profile Canadian Libertarian, who has appeared in the mainstream media on many occasions.

The Canadian authorities especially then, are sure to be interested in talking to him.

Ironically, Canada went through its own Passport Scandal, back in 2012 … which is perhaps what will make them especially sensitive to the current issue.

That investigation finally ended, with as many as 3,000 passports being confiscated, after a major fraud in their Passport Department was uncovered.

The scandal left its mark, and even as recently as just this Spring, 2015, the Canadian authorities again felt the need to issue a warning that …

… “NO third-party person or organization has the ability to ‘speed up’ the processing of your passport application.”

The current Mexican program in question, makes the claim that they can obtain a passport for clients … “within days” … and that it can do so at a massively discounted price, compared to other legitimate Citizenship Programs available.

The price being asked?

Right from the very outset then, a giant “red flag” was being waved.

But it seems that no matter how large and brightly coloured a particular warning flag proves to be, some still find it impossible to resist the temptation to “cut corners” … even when such corner cutting can lead directly to an enforced vacation, with a highly dubious cell mate!

Not only that, but they’re also taking risks with YOUR liberty, as well as that of their own.

When you walk up to a Customs check point at a border or in an airport, you want to be able to do so with confidence, not with trepidation.

So when it comes to securing Second Citizenship or a Passport, for yourself and your loved ones … please remember that there are 3 critical rules:

Yes “Legitimacy” is not just a good idea … it is EVERYTHING!

Just because the maverick promoter of a program has managed to find some corrupt official, in some passport office somewhere, prepared to accept bribes in return for stamping a few fraudulent documents, does not a Citizenship Program make!

Remember too, that it is always … always … the holder of the passport who personally runs the risk of being caught travelling on a fraudulently obtained passport at some border control point … not the vendor!

He may well be lying (pun intended) on a beach in Acapulco or somewhere, while you’re being ‘rubber hosed’ in a side room with TSA officers groping you and your passport.

And please remember too, that merely professing ignorance to these guys, about just WHERE your passport may have come from, will be absolutely no defense, should those particular alarm bells go off.

What probably ought to be mentioned at this point too, is that when it comes to Passport Scams, it seems that as far as the people responsible for this latest scam are concerned … this is very much NOT “their first rodeo”.

We won’t go into detail here, because those details are very easily found online.

Sufficient to say, that the previous “corner-cutting” passport scam that these guys were involved in, was centred on Paraguay.

Indeed we have recently released two reports, they are discussed in this article here, and can be accessed in the members here, regarding establishing highly affordable Residency in Paraguay; a crucial first step on the path towards Citizenship.

If any readers then, would like to be LEGITIMATELY guided and helped through the entire Paraguay Residency Program, then we would be only too happy to help.

There is simply no need to take any risks with this process … none.

So what can we say in conclusion?

Well, some of our more long-standing members might even remember the original iteration of The Q Wealth Report.

Back then, starting in December 1997 it was known simply “The Q”.

Hence judged by any standards in the Asset Protection, Privacy, and Citizenship industry, The Q Wealth Report has been around for a very long time.

By way of contrast, this latest incarnation of “The Mexican Passport Scam”, has only been offered since 2013 … possibly soon after the originator had managed to track down a “bribe-able” mole in the Mexican Passport Office it seems.

So in an industry that seems to see more than its fair share of “pretenders” come and go, there’s a good reason why The Q Wealth Report has survived as long as it has, and that’s because in all that time, two philosophical “planks” have both underpinned, and been responsible for, our longevity.

One, is that we have always been absolutely scrupulous, to only ever offer legally sound and officially sanctioned Citizenship and Residency programs.

Despite the plethora of “dodgy” and purportedly “cheaper alternatives” that inevitably become “available”, we have never been interested in promoting such dubious so-called “short-cuts”.

We have simply never been prepared to expose clients to such risks, and we feel that “of such things”, longevity is made.

And apart from all that … we like to be able to sleep at night!

The other “plank”, has been that we have very much “ploughed our own furrow”, and haven’t engaged in mud slinging and in singling out and negatively commenting on the activities of others within the industry.

Now that’s not about to change … but, when “compromised business practices” that never ever bear good fruit, threaten to undermine the honest endeavour that we have shown over the years, then we feel compelled from time to time, to issue formal “Alerts”, such as this.

For any who personally wish to dig further into this story, we feel sure that you will have no difficulty in finding what you need.

Simply type in “Mexican Passport Scam” into Google, and you will not only find our previous scam alert article on the Mexican Scam, from 2009, but you will also find many others, covering the current scandal.

In the meantime, we are here to guide you safely through any Passport, Citizenship or Residency needs that you may have.

The Membership pages here will help … alternatively simply email our offices and you will receive all the LEGITIMATE help that you could possibly need!

Thank you for taking the time to read this latest Alert, and stay safe.

1 thought on “The Unwelcome Return Of “The Mexican Passport Scam””