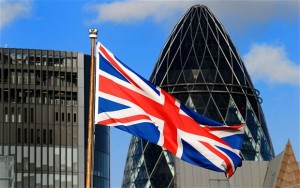 We like to report good news in the offshore world when we can!

Today, that good news comes in the shape of the British government confirming emphatically to the rest of the EU that it will not comply with their proposed tax harmonization plans, that it intends to continue its policy of offering lower rates of corporate and personal tax to foreign companies and individuals who choose to do business in the UK, and therefore that it will continue to compete with other countries to attract international investment.

It’s a smart move by George Osborne and the Treasury. No help to you of course if you are currently a resident of the UK, but in the continuing quirk of international finances, in which countries hammer their own citizens with punitive taxes whilst holding an olive branch to those from elsewhere, this represents very good news for everyone else!

“He was very clear that the UK is insisting on tax competition,” said German MEP Michael Theurer, who met with the UK treasury minister on Thursday. “It was really a shock from the minister.”

We like to hear that MEP’s can still be shocked from the stupor of their gravy-train! Even more, we like to hear that the socialist ideal of tax harmonization is being rejected by the British government, leaving the field open for other countries to do the same. Competition in business is natural and the continual attempts by Brussels to try to impose rules to fit-all will be seen for the nonsense that it is in the long term.

From Q’s perspective, such heavy-handedness is all the more amazing, given the recent disintegration of the USSR into separate nation states.

Theurer is part of a committee of MEPs set up to examine how multinationals are avoiding tax in the EU and what can be done about it. The committee was set up in response to the LuxLeaks revelations of tax avoidance in Luxembourg and its members strongly support the reform plans announced on Wednesday by European commissioner for tax Pierre Moscovici.

Moscovici’s proposals seek to resurrect a longstanding tax harmonisation policy, which has been blocked by hostile member states since 2011.

Known as the common consolidated corporate tax base, or CCCTB, the policy would see countries adopt a common set of rules on where company profits arise – removing many of the national differences that multinationals have been able to exploit to lower their tax bill.

Aware of previous resistance, Moscovici watered down key elements of the CCCTB in an effort to make it more palatable.

In the first phase of the European commission’s plan at least, the common framework would not allow companies to consolidate profits across Europe and file a single tax return. Moscovici had hoped removing the “consolidation” element of the CCCTB would make it acceptable to the likes of the UK and Ireland. Looks like he was wrong!

Last month Gauke told the FT: “The CCCTB has been around a very long time. It is a proposal still looking for a justification.”

His opposition does not seem to have softened, though it is understood that the Treasury might not object to other EU member states developing a CCCTB alone.

Osborne has set great store by Britain’s tax competitiveness, slashing the headline corporate tax rate from 28% to 20%. But it is not just on the rate that Britain has competed hard: new favourable tax regimes for multinationals with offshore financing subsidiaries, as well as new tax breaks for patent-owning companies, have also been central to aggressive tax competition policy.

These and other measures have seen a wave of companies shifting their European headquarters or research and development arms to the UK – much to the anger of other member states. The UK has seen an influx of multinationals – among them Aon, Fiat Industrial, and Starbucks’s European operations – looking to gain tax advantages through the optimal location of the often small number of headquarters staff.

Last month the US seed and agrochemicals group Monsanto announced that, should it succeed in taking over Swiss firm Syngenta, it planned to move its headquarters to the UK.

A mandatory common approach to setting the tax base for companies, as proposed by Moscovici, would remove many of these central elements to Osborne’s tax competition strategy.

The UK Treasury declined to comment on reasons for the UK’s prompt rejection of Moscovici’s tax reform proposals. It said: “Direct taxation is a matter for EU countries, and any direct taxation matters require unanimity across all EU countries. We’re fully involved in international discussions on tax issues and have consistently supported global measures, through the EU, G20 and OECD, which will strengthen international rules to prevent corporate tax avoidance.”

In other words, we’re going to eat our cake and have it, so go take a running jump!