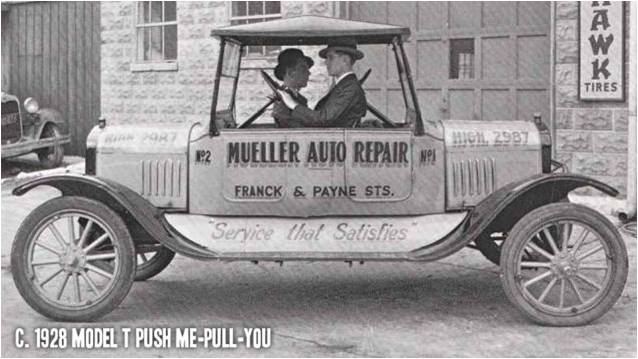 Unlike “Mueller Auto Repair” in the image above, the strap line …

… “Service that Satisfies” that is painted on the side … is hardly the phrase that immediately springs to mind, regarding current European inflation rate policies!

The writer of “Dr. Doolittle” Hugh Lofting, created a fictional two-headed llama in his children’s book, called the “Pushmi-Pullyu”.

The analogy of that character is not lost, when it comes to the similalry confused twin-headed, and actually “Do Little” navel-gazing, that is being engaged in by both the ECB, and the Bank of England.

One conversation in Lofting’s novel, runs as follows, and is alarmingly apt!

“What in the world is it?” asked John Dolittle, gazing at the strange creature.

“This, Doctor,” said Chee-Chee, “is the Pushmi-Pullyu – the rarest animal of the African jungles – the only two-headed beast in the world!

“Take him home with you, and your fortune’s made!” 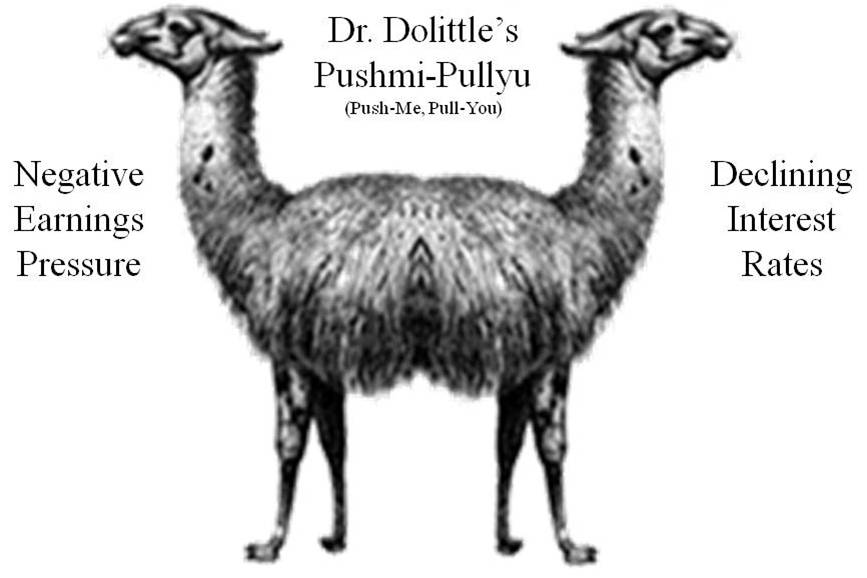 What has become increasingly obvious unfortunately, if now “to be expected”, is that EU and UK interest rate policies are a walking disater of “pushmi-pullyou” contradictions, if ever there was one.

Which of course is what always happens, whenever even any pretense of respecting true “free market” principles, is abandonded, in favour of what amounts to a scarcely disguised “Command & Control Planned Economy” tactics.

Once such manipulative and fabricated artificial “control” mechanisms like QE take root, policies end up being about as ineffectual as “deckchair shuffling” on the decks of “unsinkable” ocean-going liners in 1912!

Ross is based in London, and is a writer for Reuters, specializing in …

“consensus forecasts and edits, related news stories on everything from foreign exchange rates, to stock markets, to expectations on monetary policy from major central banks.”

So we’re talking about a highly experienced and respected analyst, who “lives & breaths” the impact that Central Banking policies have on the economy.

Well a few days ago, he posted a short piece, taking more then a wry look at the conflicting interest rate policies of both the EU and the UK; unusual coming from a writer from such an establishment player, but all the more interesting to read because of that I guess.

The Q Wealth Report by the way, is going to be taking a much closer look at Central Bank interest rate policies in the days ahead, and will be analysing why they directly impact the decisions we all need to make, regarding our plans to protect ourselves, and shelter our assets “offshore”.

More details on all that of course, are available in the Members Area

Ross Finley’s article is posted, in full, below.

Euro zone inflation rose to zero in April from -0.1 percent and in Britain it fell to -0.1 percent from zero, the first negative reading since the 1960’s.

No matter what differences may exist between these two economies, and no matter how clear that inflation will soon rise, because of oil prices and a lower base from which to compare any future change, nobody can dispute that is pretty much the same inflation rate.

Both the European Central Bank and the Bank of England, are struggling to get inflation back up to 2 percent, which they target over a longer horizon.

Can both central banks really both be holding the right policy to bring inflation back up to 2 percent?

Are either of them actually in control of where inflation goes?

All we would add to that for now, is that when Finley wrote that …

“The ECB is buying, and has committed to keep buying, 60 billion euros worth of mostly government bonds until 2016” …

… he perhaps ought to have added and stressed, that the 60 Billion Euros worth of government bond purchases is going to be spent … EVERY MONTH until 2016 … and probably well beyond then as well.

But why is the “Shop Keeper” having to effectively “buy his own produce” with counterfeit money? Because that is most surely what is happening!

Well maybe it’s because his traditional previous customers i.e. … “other countries” for the most part … simply don’t trust the safety and quality of the goods on offer in the shop!

And remember, that European Central Bank President … Mario “Do-Whatever-It-Takes” Draghi … announced the 60 Billion Euro a month Asset-Purchase Program, back in January 2015 … and it included the vaguest and broadest commitment ever, to …

… “buy both private and public securities”  … all designed remember, to “spur growth” … and critically to…

Well with Euro zone inflation now “rising” as hoped for … albeit almost imperceptibly, from -0.1% to 0% in April … then I’m sure every European must be dancing in the streets, knowing that the 60,000,000,000 Euros a month of counterfeit money that the ECB is spending, and that THEY will have to pay the interest on, is being spent so wisely!