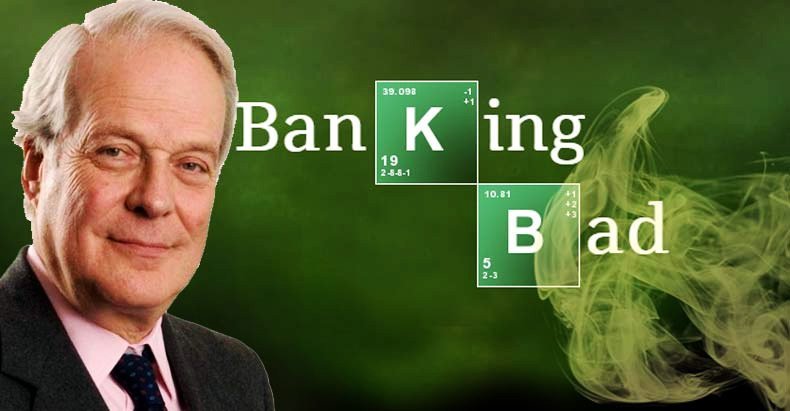 Rothschild Banker Actually Indicted for Illegal Banking Activities – Baron David de Rothschild was recently indicted by the French government after he was accused of fraud in a scheme that allegedly embezzled large sums of money from British pensioners.

It has taken many years to bring this case against Rothschild and his company The Rothschild Financial Services Group, which trapped hundreds of pensioners in a bogus loan scheme between the years of 2005 and 2008.

One by one the pensioners lost their money and pressed charges against the notorious banker, beginning a case that would take many years to get even an indictment.

This week, Paris-based liaison judge Javier Gómez Bermudez ruled that Rothschild must face a trial for his crimes, and ordered local police to seek him out in his various mansions that are spread throughout the country.

“It is a good step in the right direction. The courts are now in agreement with us that there is enough evidence to interrogate Baron Rothschild. The first thing they will have to do is find him. Once they have done that they can begin to question him. It is a real breakthrough moment for everyone involved,” lawyer Antonio Flores of Lawbird told the Olive Press after the ruling.

“In short, independently of what happened to the investment, Rothschild advertised a loan aimed at reducing inheritance tax, which is a breach of tax law,” he added.

The Rothschild banking dynasty is a family line that has been accused of pulling the political strings of many different governments through their control of various economic systems throughout the world.

Historically, there is ample evidence to show that the family has used insider trading to bilk money from both private and public funds.

During the Battle of Waterloo in the Napoleonic wars, Nathan Rothschild was responsible for one of the oldest cases of “insider trading,” which led to the Rothschild family robbing a whole nation blind. In 1815 when the battle of Waterloo took place, there were no quick methods of communication like we have today so messengers were used for communication in times of war. The Rothschild’s took advantage of this by having spies on the frontlines of the battle who would return information to the family faster than the messengers used by the military.

When the British won the war, Nathan Rothschild, was of course, the first to know, and he immediately went to the stock exchange and started selling stocks while putting out the rumor that the French had won the war. This created a panic on the floor of the stock exchange and investors all over England began frantically selling their stocks. With the price of all stocks plummeting Rothschild was able to buy out the whole English market for a fraction of its cost. When word returned that the English had actually been victorious, the value of the market soared, and overnight Nathan Rothschild expanded his family’s wealth, and cemented their position as one of the richest families in the world.

Article by John Vibes from The Free Thought Project. John is an author, researcher and investigative journalist who takes a special interest in the counter culture and the drug war. In addition to his writing and activist work he organizes a number of large events including the Free Your Mind Conference, which features top caliber speakers and whistle-blowers from all over the world. You can contact him and stay connected to his work at his Facebook page. You can find his 65 chapter Book entitled “Alchemy of the Timeless Renaissance” at bookpatch.com.

All thanks for goes to the guys at countercurrentnews.com for taking the time to research and write ths article.