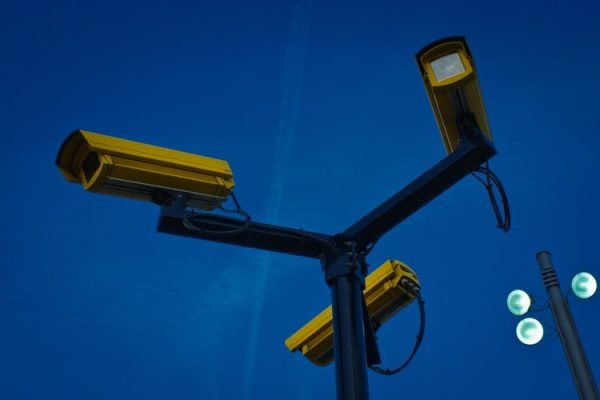 In our last article on state power, we discussed the ways governments across the world have used the Covid-19 crisis to flex their muscles in this period of ‘de-globalization’.

Today, Q Wealth Report Editor Daniel Lucas explores how the emergency measures put in place by states globally – ostensibly to curb the pandemic – might very well outlast the medical emergency and become entrenched in national laws and what people come to accept as normal.

I remember a time not so long ago, when the idea of providing biometric data to a government or company was something confined to dystopian novels and movies.

Today, we regularly have to provide fingerprints and iris scans in order to obtain a passport or ID card.

And not only that – we also willfully provide this highly sensitive data about ourselves to companies like Apple and Google, in exchange for the convenience of unlocking our smartphones without having to physically enter a password.

During the lockdown, I found myself essentially trapped on the sunny European island of Cyprus.

Known more for its great food and beautiful beaches than it is for government efficiency and a strict adherence to the rules, it was surprising how fast things shifted from laid-back relaxation to draconian control.

Within a week of the first Covid-19 infections appearing on the island, a curfew was put in place between 9pm and 6am, and the government set up an SMS-permission system for granting permission to be in public.

Everyone on the island had to text a government number with their ID or passport number, and reason (chosen from nine pre-ordained government options) for leaving their residence.

People were allowed one outing per day, “for a reasonable amount of time”, even while Covid-19 infections were growing in the single digits daily. After around seven weeks, this was generously expanded to three outings per day by the government.

Violators could be fined more than 300 euros, and one man with no previous criminal history was even sentenced to 45 days in prison by breaking the curfew by 15 minutes, though this was eventually overruled by the president.

While most people have praised the government response as having been a key factor in mitigating the spread over the virus on the island, many – as in most countries that have experienced lockdowns – are understandably concerned and angry that civil liberties could be so easily taken away from citizens.

The choice is difficult: across the world, two camps have somehow become segregated by and in the media and public discourse. We have been polarized and stereotyped into:

A ‘middle ground’ has become increasingly difficult to find. And that’s indicative of a much larger problem that’s going to persist far past the end of this particular crisis.

That problem is a question of how much we can trust governments to protect and balance the interests of their citizens as a whole on the one hand, with individuals’ rights and freedoms on the other.

So, as protests and riots rage across the United States, as an objective ‘truth’ becomes harder to find, and as countries across the world begin to take stock of the potentially catastrophic political and economic impacts of the Covid-19 lockdowns – are we also on the brink of a new era of political surveillance and repression?

Predicting the future is nearly always ‘a mug’s game’, but by examining how similar phenomena and dynamics have played out in the past, we can begin to form a clearer idea of what we can expect moving forward.

The term ‘policy creep’ or ‘mission creep’ has been coined by analysts to explain how a set of rules or policies enacted by governments to deal with a crisis or period of exceptional circumstances can become entrenched, expand and begin to affect seemingly unrelated areas of society, politics and economics.

The Patriot Act was a famous example. Enacted in the aftermath of the 9/11 terrorist attacks, the Act created a broad definition of who could be classified as a terrorist, and the tools that the US government could use in order to monitor, arrest or even kill the people it deemed to be terrorists.

The Patriot Act was renewed numerous times past its intended expiry date in 2005, with many amendments and expansions of its remit.

In 2015, following the revelations of the NSA wiretapping scandal, the Patriot Act was essentially replaced with The Freedom Act, which maintained most of the former’s provisions but removed some that had allowed the NSA to conduct its mass surveillance program of US and foreign citizens across the world unilaterally.

However, both the Patriot Act and the Freedom Act have been used controversially many times, including for investigations of copyright infringement, “sneak and peek” operations for people suspected of being involved in the drugs trade and money laundering, and to compel journalists to hand over their notes and other information.

One of the most infamous, recent examples of the extreme ways policies and laws enacted in crises can become perverted and abused later on was the arrest of three anti-nuclear proliferation pacifist protesters who cut through a wire fence at the Oak Ridge nuclear facility in Tennessee in 2012.

Although the group included an 82 year-old nun called Megan Rice, and were initially arrested on misdemeanor charges, the subsequent court proceedings led to them eventually being tried on charges relating to the Sabotage Act, which was created during WWII, and sentenced to three years in prison.

The methods condoned and surveillance tools authorized in acts and policies such as the Freedom Act have essentially become a new normal that law enforcement agents have come to take for granted, and which criminals have inevitably adapted to.

So, despite scandals and abuses of these powers, it is highly unlikely they are going to be willfully abdicated and rolled back anytime soon.

There might be some small wins for rights groups and whistleblowers, but the general trend that has been witnessed over the last four decades has been one of expanding powers for surveillance being wielded by states, largely on the back of the threat of terrorism.

But now there is a new threat, and we are all potentially both an agent of it, and also vulnerable to it. And that threat is Covid-19.

We have already witnessed how freedoms can be dramatically curbed by governments whenever they deem it necessary, for whatever reason that may be.

International travel was halted, borders were closed, businesses shuttered and circulation in public proscribed. In many countries, police resorted to using drones to monitor people’s movements and to bark orders at them to return home. In Paris, this drone tactic has been thankfully reversed by a court order, which has now prohibited the police from using facial recognition technology on drones.

But that is a small, localized victory within the context of a much larger war, and indicates the kind of concerted efforts and strategies rights groups and individuals will need to take if we are to protect freedoms we have taken for granted going into the future.

As we emerge from states of lockdown and international travel begins to become more accessible, many people will be eager to find ways to live or have access to countries other than the ones they have found themselves in. This can be due to their frustration at the incompetence of their particular government, or the lack of democratic freedom available, or a combination of both.

In our upcoming Covid-19 report, which will be released following the launch of our new Members’ Area, we will be presenting a range of strategies for navigating the new world we find ourselves in.

This will include options for second residency and citizenship in countries that have weathered this crisis better than others, both from an individual perspective and a public health perspective.

As always, we enjoy reading your feedback, so please feel free to write to us with your thoughts and opinions on what personal freedom means to you.