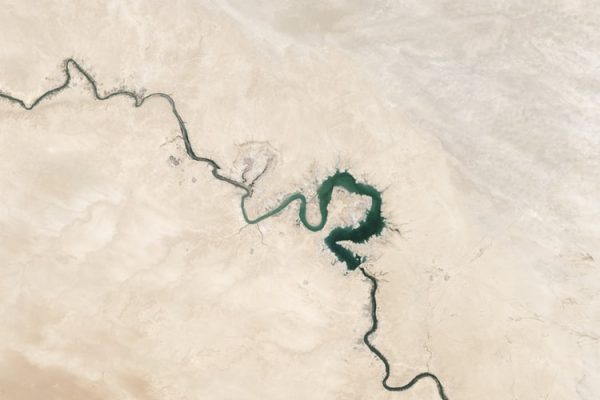 Barely a few days into 2020, and the world has witnessed a severe upsurge in political tensions.

The top military commander of a nation technically at war with a large global superpower was killed in circumstances still being investigated.

The death has brought attention to a conflict that could erupt in one of the world’s most important geo-strategic areas, engulfing major powers in a major upheaval that has the potential to upend the global economy and potentially spark levels of global conflict that have never been seen before.

However, we are not talking about Iran’s Brigadier General Qassem Soleimani, who was killed in a US airstrike on a road outside Baghdad Airport on January 3rd. We’ll get to him a little later.

In fact, the first high profile general to be killed this year was General Shen Yi Ming, the Chief of the General Staff of the Taiwanese Army, whose Black Hawk helicopter crashed in the Taiwanese highlands on January 2nd, under conditions that are still being investigated.

General Shen Yi Ming was the general tasked with managing and coordinating the island of Taiwan’s defenses against China; a country that has claimed Taiwan as its own since the day of the latter’s inception as a nation, following the end of the Chinese Civil War in 1949.

For those of you who might not know – China and Taiwan (which has as its official name the ‘Republic of China’) have a very complicated history.

Basically, Taiwan was founded by the retreating army of Chiang Kai Shek in 1949, following the Republican loss in the Chinese Civil War to Mao’s Communist forces.

Taiwan then endured decades under a right-wing, military dictatorship, constantly weary of a full-scale invasion by the giant People’s Republic of China lying just across the Taiwan Strait.

These tensions often escalated into full-scale armed conflagrations, with regular shelling across the Strait from late 1958 through to the end of the 1970s.

Since then, Taiwan has evolved into a vibrant, industrialized democracy with high standards of living, and what is widely accepted as probably the most free political, economic and civil society in the whole of Asia. 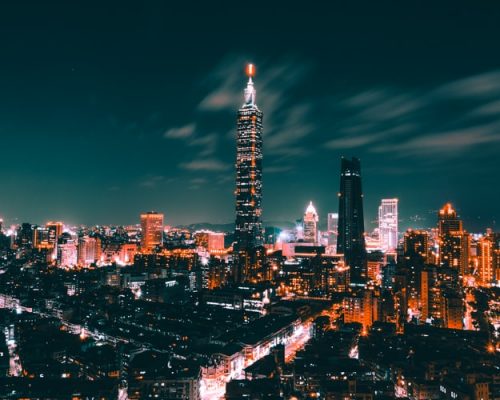 Taipei, the capital of Taiwan, by night

However, despite admirable domestic qualities, Taiwan’s situation is far from stable. China, which has always claimed Taiwan as essentially a province of the mainland, has taken a much more aggressive foreign policy approach under leader Xi Jinping, who has promised that China and Taiwan “will be unified again”.

This makes most Taiwanese understandably nervous.

And now, just a week away from general elections on the island that will have voters choosing between two parties that have differing ideas of how to deal with the big power across the sea, the military commander in charge of organizing the island’s defense against China is dead.

Now, it’s far from clear what was the cause of this helicopter crash. However, whether it was an accident, or whether it was the result of more nefarious causes – the death brings into focus a potential flashpoint in one of the world’s most vital geo-strategic and economic areas.

It is unlikely that tensions here are going to calm anytime soon, and it would be wise to keep monitoring the situation, particularly for anyone with interests in Asia and its markets.

Now onto the next high profile death, which has made headlines across the world.

In a pre-dawn airstrike on Friday 3 January, Brigadier General of the Iranian Quds Force Qassem Soleimani was killed in a US airstrike, alongside the commander of Iraq’s powerful umbrella group of Shia militias known as the PMF, Abu Mahdi al Muhandis.

The gravity of the killing of Soleimani cannot really be overstated. It has been described by General David Petraeus of the US military as “more significant than the killing of Bin Laden”. That’s a big statement, and it’s true.

Soleimani was widely considered to be the single most powerful figure in the Middle East. A general in charge of the military strategy and policy not just of Iran, but of the entire ‘Shia Crescent’ composed of militias, political parties, proxies and armies stretching from parts of Afghanistan through Iran, Iraq, Syria and Lebanon, and Yemen. The Shia are the second most populous sect of Islam, though they are the majority sect in Iran and Iraq.

He was widely revered in Iran and in Shia communities throughout the Middle East, and was considered to be a very likely future leader of Iran, enjoying popularity in the country that was second to none.

Understandably, his killing has sent shockwaves throughout the world, and especially through commodities markets, most notably oil, whose price jumped around 3.8% just minutes after the announcement of his death.

Stocks in oil companies were about the only ones that showed strong gains that day, with most stocks taking a hit across the world, as investors offloaded as fast as possible, fearful of what may follow.

However, we’re not interested in trading oil stocks. The commodity is too volatile for our liking, and if full-scale war does break out in the Middle East – a possibility which, despite what many in the news are proclaiming, is actually far from certain – then many oil companies will inevitably take a hit, possibly quite literally. (This is not the place to discuss the intricacies of current US-Iran relations; that can be covered in subsequent articles.)

The commodity we are interested in has always done well in times of crisis. It had been doing well from before the assassination of Soleimani, and we believe it will continue to do well, regardless of the degree to which tensions escalate in the Persian Gulf and beyond.

That commodity is gold. Last year, gold’s price had been steadily increasing, driven by a range of factors, from market uncertainty, overvalued stocks, and high purchases from institutional actors such as national banks.

Since Soleimani’s killing on January 3rd, gold’s price has surged, and is now trading at around $1,552 per oz., though that it is still far from its all-time high of a $1,896.

We have a special report on gold and all the ways to buy it, store it and use it, which we will be sending out to Q Wealth members in the coming weeks.

Providing insider information from a specialist in the industry, as well as detailed analysis of gold movements throughout history, our Gold Report will be an essential guidebook for anyone considering purchasing the metal as a hedge against inflation and economic and political crises.

If you are not yet a member, we invite you to sign up and purchase a year-long Q Wealth membership for just $5.

This membership will grant you access to all past and future Q Wealth reports. It’s a great deal, and will be at this low price only for a limited time – we will be raising the price of the membership soon after the release of the Gold Report.

As always, please feel free to write to us if you have any ideas or topics you would like to discuss or see discussed in future articles.

1 thought on “The Decade Starts in Crisis”