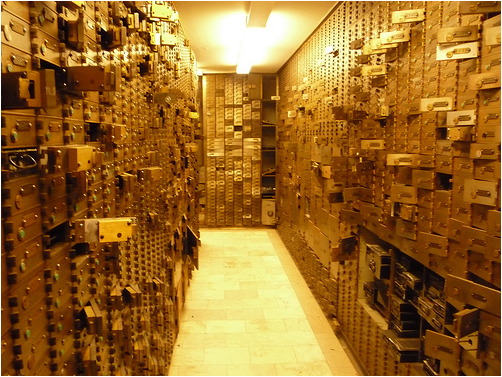 In August 1971, under orders from President Pompidou of France, a warship slipped into dock in New York City.

The ship’s captain had been given instructions to bring back to Paris, France’s gold, that had up until that the time, been stored in the vaults of The New York Federal Reserve Bank.

It was “Gunboat diplomacy” at its best, and the move sent one of the strongest possible ‘statements of intent’, short of sanctions, that it was possible to send.

Who knows, maybe they were tempted to take back their gift of The Statue of Liberty while they were there!

But remember, it was previous President, the often tempestuous Charles de Gaulle, who had set the tone.

He was rarely anything but scathing in his criticism of US foreign policy, and was especially vocal in his opposition to what he saw as the imposed Dollar-based World Reserve Currency, in the wake of the post-war Bretton Woods Agreement.

In fact, at a press conference only a few years earlier, on February 4, 1965, de Gaulle went on record, saying that the U.S. Dollar could never be what the U.S. claimed it would be, i.e. …

“… an impartial and international trade medium …”

Instead, in an angry and inflammatory address, he suggested that …

“ … it is in fact, a credit instrument, reserved for one State only.”

De Gaulle is also often attributed with coining the phrase, that the USA enjoyed an “exorbitant privilege”, with regard to the considerable benefits that it accrued from the Bretton Woods system. Although most commentators now, suggest that it was his “Minister of Finance”, Valéry Giscard d’Estaing, who first voiced the comment publicly.

After that August 15, 1971 “Nixon Shock”, and the final decoupling of the Dollar from, any even spurious and tentative link to gold was abandoned, and true fiat currencies emerged.

At that point, the Dollar was allowed to “float” (some would say “be rigged”!) against some of the rest of the world’s major currencies.

But any semblance of the earlier sense of imposed responsibility that had existed via the Bretton Woods gold Agreement, had all but disappeared.

So why then, do we bring this story up now, all these years later?

Well, while it’s unlikely that land-locked Austria, is about to send either of its two Navy ships that currently ply the waters of the Danube, to collect its gold, it has nonetheless put in a similar request.

“Can we have at least SOME of our gold back please!”

However, unlike France, Austria’s request goes out, not the the US Federal reserve, but to the Bank of England, in the form of a request to return over 90 tons of its gold, currently being stored deep in the Bank of England’s vaults.

What will be interesting though, will be to see how such a request is greeted, given the Austria’s next door neighbour, Germany, made a similar request to the USA, only a few short years ago.

The U.S. Fed’s response back then, was not only refuse to repatriate Germany’s 300 tons of gold, but even to refuse to allow Germany to audit their own gold, in the Fed’s own vaults!

“… at least 2020 …” in order to be able to act, and even then, they would only be able to have a percentage of their gold back!

Most German people who were asked at the time, felt that perhaps their government ought to change bank!

But then again, wasn’t that what they were already effectively trying to do?

Ominously, that same date of 2020, that the Fed gave to Germany, is also the date by which the UK too, has agreed to conclude the Austrian gold repatriation!

I’m sure they can’t wait!