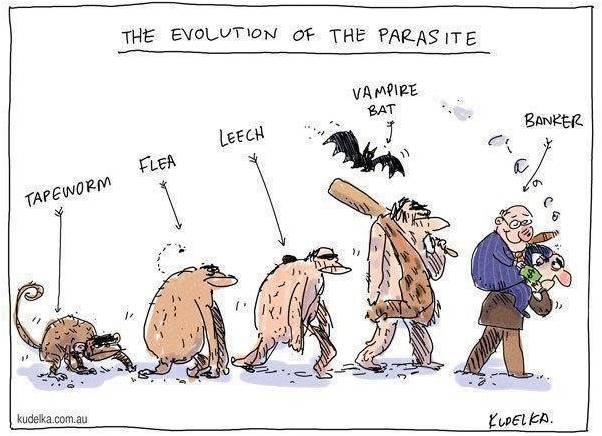 “Traders at some of these primary dealers talked with counterparts at other banks via online chatrooms and swapped gossip.”

By now we’re all more than familiar with the above type of quotes.

Such reports of fraudulent dealings have become so ‘common place’ in recent years, that few barely so much as ‘raise an eyebrow’ any more.

What perhaps singles the above quote out though, is that it was drawn directly from a 61-page complaint, filed in the Southern District of New York!

The complaint has been filed by Boston’s “Public Sector Pension Fund”, and accuses all United States “Primary Dealer Banks” who deal directly with US Treasury and “have a special obligation to ensure the efficient function” of the $12.5 Trillion US Treasury market.

The schemes … AGAIN … involved “chatrooms”, that were employed by the same banks who colluded to rig the Forex, Gold, LIBOR (as well as other -BORS) as well as ISDA’s and pretty much any other market that they could jab their “guaranteed profit” extraction suction hose into.

In this particular case, they conspired to keep the “spread” between the “issued price” and the “price at auction” of Treasuries, as wide as possible.

This inflated their profits, at the expense of everyone else of course!

Unfortunately for them, “everyone else” included the Boston Public Sector Pension Fund, who have decided that ‘enough is enough’.

Perhaps other retirees might join in and form a class action?

Because as sure as “bears do it in the woods”, these Banks haven’t just picked on Boston, in order to practice their chat room collusion fraud.

Who knows, maybe even other Institutional investors and Hedge Funds, who have also surely lost huge amounts of money will join in too?

Well I wouldn’t hold your breath waiting for that one, but resolution to such fraud is only a few decisions from institutions like that, away

But it seems that the “hand that feeds them” isn’t about to be bitten by them any time soon, regrdless of how many times they “tax” them via fraud

Although why they tolerate this, is the subject of much speculation, especially when it is clear that the “headline grabbing” chatroom stories, are only the tip of an iceberg of losses.

“Defendants’ manipulation of the auction prices for Treasury securities, also directly and proximately caused injury to individuals and entities that traded in Treasury futures and options on U.S. exchanges, including the Chicago Mercantile Exchange.”

So will the massive “Chicago Mercantile Exchange” be joining in the class action, as they most surely should, given the overwhelming evidence that they have been defrauded?

Hmmm… the sound of crickets and tumble weed whistling down the deserted street, is all that can be heard coming from that “vested interest” quarter I’m afraid!

Zerohedge also reported on the same story yesterday too.

Their concluding comments, on just how this story is likely to pan out, are worth reporting in full …

“There will be fines, which will appear large to the public, but which amount to a ‘rounding error’ for the banks.

Depending upon what concessions the SEC and various other regulators are willing to make, regarding waivers for the accused, there may be a few tongue-in-cheek admissions of guilt, which will be met with fanfare and congratulatory handshakes at the DoJ.

And that will be that. ……. Obviously no actual people will be punished.

And as for the Treasury market, well, it was cornered long ago by The Fed and High Frequency Trading, which means it is now infinitely more dangerous than it ever was when it was beholden to mortal manipulators and carbon-based conspirators.”

For any interested in the full 61-page complaint, here is a link