The name Claire Foges is not one that readily trips off the tongue. But from 2009, until only a few days ago, she was UK Prime Minister, David Cameron’s speechwriter.

And she was pretty successful at it too. It was a role that earned here the nick name … “the Prime Minister’s larynx”!

But what has grabbed the headlines recently, not a speech written for the Prime Minister, but for one that she wrote to be delivered with her own larynx.

Perhaps after hearing her real opinions, Cameron maybe wishes she had kept her opinions, and voice, to herself.

After offering him some undoubtedly unwelcome advice on his domestic policies, she then touched on what has become a very “touchy subject” for the Prime Minister, one that he has squirmingly skirted around, and uncomfortably tiptoed through, several times before.

In her column in The Times, Foges wrote the following, in the form of a list of ideas that the PM should implement. I’m sure he’s thrilled at her intervention!

“Bring in a ‘No tax, No Honours’ rule. ‘One Nation’ must mean everyone playing by the same rules — not giving knighthoods and other honours to ‘those who park all their money in tax havens’

Now this is a particulalry sensitive topic for Cameron, one that he has tried, unsuccessfully, to navigate several times before, without providing very much clarity, at all.

But he really is caught between ‘a rock and hard place’ whenever he touches on this one though. 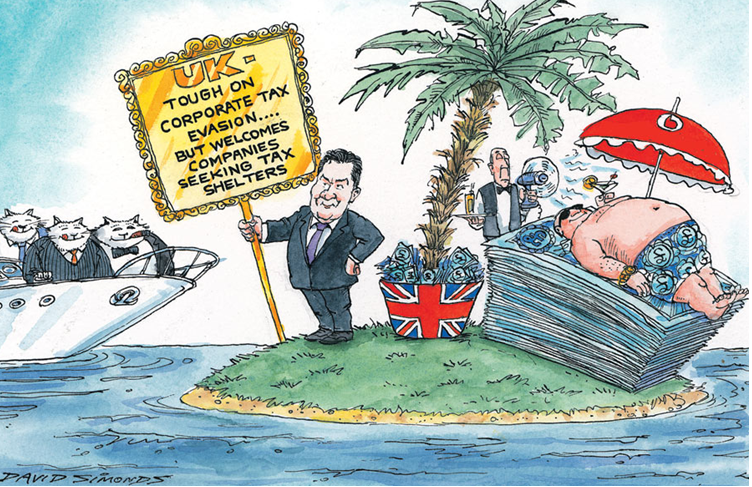 Here’s why Cameron has difficulty even keeping a straight face on this whole issue.

Cameron knows full well that the UK relies on being able to off corporate tax breaks and incentives, in order to compete with other jusrisdictions. It also throws in a liberal dose of “Cash for Honors” backroom deals, incentives and sweetners too, for good measure, which was what his former “larynx” inconveniently was pointing out.

But his real dilemma becomes especially acute, because he must try to speak to two audiences at the same time.

One audience of course, is his corporate, financial and banking industry backers, funders, sponsors and financial supporters, who have based their entire financial future on the dependency and reliability of UK tax laws.

The other audience that he must speak to, from the other side of his mouth, is the Working and Middle class tax payers, who end up ‘steaming from the ears’ whenever they read about big foreign corporations paying little of no tax, because of UK tax laws.

So to help the Prime Minister, we thought we’d pull together a little Help Guide, so that he doesn’t get confused by his own laws! 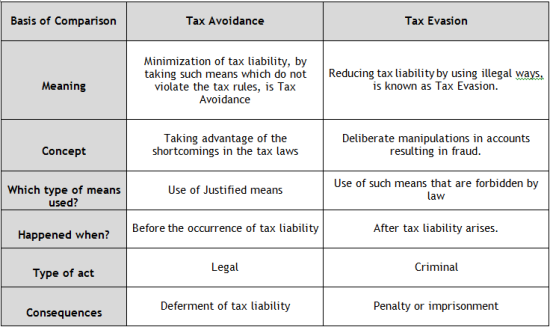 The following then, are some of the major differences between “Tax Avoidance”, which is perfectly legal, and “Tax Evasion”, which is not :

Well if the differences between legal “Tax Avoidance,” and illegal “Tax Evasion” are so obvious, and well defined (which they most surely are as we have seen) then surely governments must understand them too, and hence as Public Servants they ought to be able to offer the Public Service of accurately informing the people of their rights under the law.

Well … it seems maybe they’re not really in the business of pointing these facts out!

Hence perhaps, why Cameron is grasping at straws, and ends up ‘flim flamming’ about people being “morally wrong” if they try to legally and legitimately avoid paying draconian tax levels.

It seems instead then, that politicians have another agenda that is going on behind the scenes; an agenda that is perhaps well illustrated by a quick glance at the following OECD report from 2014. 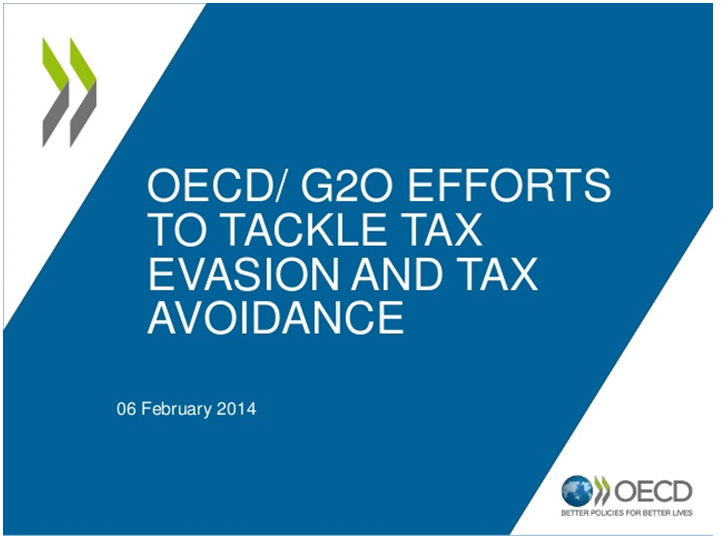 Right on the very first page of the report, the deliberate conflation between “Evasion” and “Avoidance” is there for all to see.

The Report deliberately and wrongly lumps both actions together. 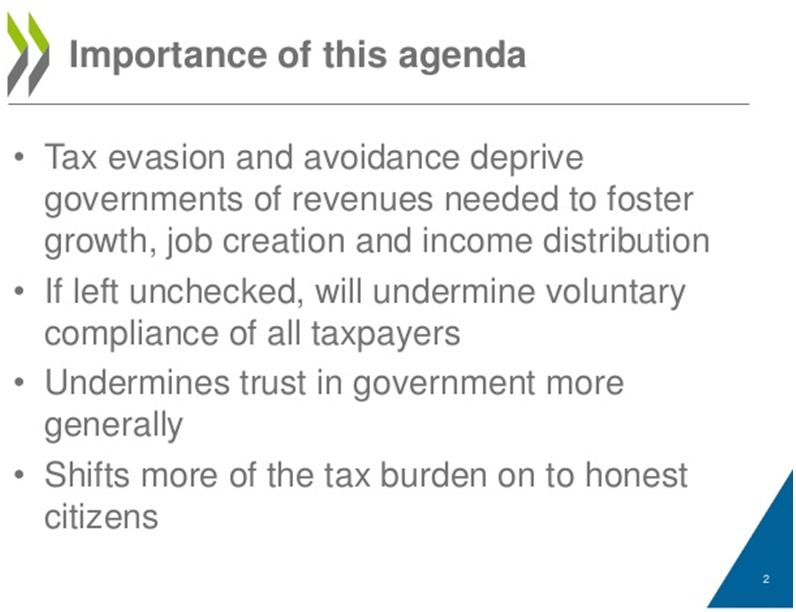 Let’s take the points one at a time :

Notice that they use the term “Income Distribution”, and not what it actually is, which is “Income RE-distribution”. Perhaps the writers thought that that sounded just a little too Socialist!

They the Report talks about the purported “voluntary complaince of taxpayers”

Sorry, but that’s wrong too.

There’s nothing “voluntary” about the complying that happens following demands under threat for the payment of taxes.

Talk then shifts, deceptively again, to the false notion that both Evasion & Avoidance somehow ‘undermine trust in government’?

Really? In what way?

It may undermine their “tax take” income, but how is that tied into people’s confidence in the tax collecting institution itself?

That fact remains, that for now, “Avoiding” having to pay large amounts of tax, by minimizing tax liabilities via organising your affairs in such a way as to reduce the amount of money that government essentially steals, is simply NOT (yet) a crime.

Which of course is why people like David Cameron end up having to say that those who perfectly legally avoid paying such taxes, aren’t actually breaking any laws, but, that they are nonetheless doing something that is “morally wrong”!

Perhaps politicians should leave talk of morals to priests and philosophers. Let’s face it, they have very little freeness of speech on the topic!

The subjective, conflicting, and illogical knots then, that politicians tie themselves up in, are a sight to behold.

As is their deliberate conflation of two perfectly easy to understand principles of taxation liability.

The fact that, despite such obcious clarity, such inconsistencies are still rampant, and at the very highest levels of the system, is testament to the existence of an agenda to push towards a complete end to personal and financial privacy & feedom.

Hence we’d urge all readers who have not so far arranged their affairs to protect their assets, wealth and families, from the ever increasing encroachments of politicians, and supra-national instuitutions, to contact Q Wealth Report for a consultation.

If you aren’t quite ready to take that step yet, then at least arm yourself with “The Practical International Banking Guide”.

It can certainly be used as a practical, “Do It Yourself” Guide, and it contains a resource list of banks and facilitators who will certainly set the structures up that you need.

You can of course also become a Member of Q Wealth, and receive the guide for free as part of your package of benefits.

If on the other hand you would like some assistance in fitting all the pieces together, then the Q Wealth Report Team are standing by, ready to help.