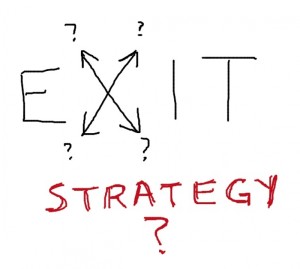 If ever you needed proof that planning an exit-strategy in advance is crucial for all successful business men and women, this tale from South Africa should be all you need!

The interesting claim, so far as Q is concerned, is the Finance Department’s statement (upheld in court) that the levies they were imposing were “not really a tax, but a regulatory mechanism imposed to deter capital flight.”

This is classic double-speak in the best Orwellian tradition, in which bureaucrats twist the meanings of words for their own ends. In this case, enabling them to squeeze money from a citizen who had already left, but whose interests were still “back home”

The moral of the story? If you have not already diversified your investments (placing some outside the reach of your government) and protected your assets, the time to do that is NOW! One part of your armoury could well be a second passport, something Q has consistently advocated over the past 20 years.

Shuttleworth left South Africa for the Isle of Man in 2001, taking a small proportion of his substantial fortune with him. The rest remained in South Africa in a block loan account. Eight years later he attempted to move a further ZAR2.5 billion offshore, but in the meantime, the South African Finance Ministry had issued a circular imposing exchange controls on the removal from the country of sums exceeding ZAR750,000. Shuttleworth duly applied to the Reserve Bank to exchange the funds. The bank imposed a 10 per cent exit charge on the transfer.

Shuttleworth challenged this levy in court. He claimed that it – and indeed the entire exchange rate control regime – was improperly enacted. South Africa’s constitution specifies that the National Assembly must follow certain procedures when enacting a money bill, and Shuttleworth argued that these had not been followed. The exchange control regime had merely been announced to the Assembly in a ministerial statement.

In October 2014, the South African Supreme Court found in his favour and rescinded the charge. It ordered the Reserve Bank to repay him the ZAR250 million plus interest.

However, the Finance Ministry then appealed the matter to South Africa’s Constitutional Court. It claimed that the levy imposed on Shuttleworth was not really a tax, but a regulatory mechanism imposed to deter capital flight.

The appeal was heard in March, and the Constitutional Court has now given judgment. It overruled the Supreme Court and reinstated the exit tax – or regulatory fee as it is now considered in law. However, the court acknowledged that the regulations were ‘archaic’, and invited the government to amend them.”