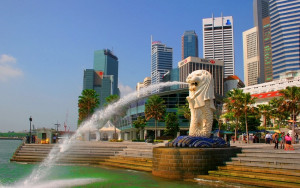 The high-costs trap. Youngsters pushing the limits of the law. And a political system unable to accommodate a rising opposition. These are risks to the Singapore system in the next five decades.

The most dramatic, almost rhetorical question posed by pundits about Singapore’s next 50 years is the apocalyptic one: Will there even be a Singapore?

This intentional provocation leads to inescapable conclusions: Singapore’s prosperity is not pre-ordained, this improbable island nation was almost stillborn, national service must remain a survival imperative, and the basic principles of governance from meritocracy to multiracialism, must never be compromised.

But other than as a justification for the useful dictum that only the paranoid survive, the question is not a very useful guide for conceiving of all the things which could go wrong besides an apocalyptic demise.

After all, simple survival, though not guaranteed, is not very much in doubt. Singapore’s military capabilities can deter any adventurist tendencies by unfriendly neighbours.

Even if tensions in the South China Sea flare into actual hostilities, Singapore, as one of the few non-claimant Asian states, is an observer rather than participant in the disputes.

As for a replay of 1963-style integration into a larger Malaysian federation, I would put the likelihood as lower than the statistics for divorced couples re-marrying.

What of catastrophic threats to existence? Perhaps drastic climate change might conceivably turn Singapore into an underwater Atlantis – but even then, to engineer a Dutch-style protection system is not beyond our technical or financial reach.

The way I see it, Singapore in the next 50 years is almost certainly going to remain a sovereign nation. But escaping an apocalyptic demise only to suffer a more mundane descent into mediocrity is no reason to be jubilant. After all, that is precisely the most realistically possible danger: There are enough disturbing trends to reasonably conceive of a future where we languish in the ranks of second- or even third-tier city-economies, bordering on irrelevance in a global economy, surviving but not necessarily thriving.

The fundamental cause of this slow-motion demise will be, simply, complacency and hubris: Like the proverbial frog which unwittingly boils to a slow death, we may have no clue of what is happening to us and around us.

As we become an irrevocably ageing and elderly society, so too may we stagnate economically, and be riven by more socio-political acrimony and angst than a common aspiration. But we may also be so buffered from any sense of crisis by sucking upon the riches of the past – which can certainly last another 50 years before running out – that we think the good times can last forever.

The Singapore frog should be aware of slowly rising temperatures in three corners of the crockpot – economic, social and political.

First, the economic challenge is to overcome the risk of being stuck in the high-cost, low-productivity trap now afflicting older, developed economies in the world. The entire economic future of Singapore, from higher real wages to reducing foreign workers to enhancing income equality, is predicated on breaking through this developed-economy trap.

But for a variety of reasons, almost all developed economies are seeing technology replacing labour, without real gains in productivity or higher real incomes.

A year after painful but necessary measures to reduce the inflow of lower-skilled, lower-income foreign workers, Singapore’s overall productivity has not merely stagnated but, for three consecutive years, continued to decline.

If, in the next few years, the productivity drive does not gain momentum, and disruptive technology displaces more people than creates new jobs, Singapore’s journey towards sustainable, balanced prosperity may stall and we may get stuck in a high-cost, low-productivity limbo.

TESTING THE LIMITS OF THE LAW

While many people recognise theoretically that freedom of action and expression must have limits, what were once accepted as

“OB (out-of-bound) markers” may in future be intentionally challenged, with no consensus on new markers that delineate the limits of free speech. What could start as dissent by a few individuals can become dissonance at a much broader social level.

A single teenager posting outrageous videos on YouTube has opened a Pandora’s Box. By refusing to accept social sanctions against clearly insulting remarks to persons and religion, and insisting on being prosecuted, Amos Yee has forced both civil society and government to confront a vexing question: What exactly can be prosecuted as clearly defined illegal actions, rather than very offensive but not illegal behaviour? Exactly how offensive and outrageous must expression become before it can be considered illegal? And what should punishments consist of?

Singapore may well see the rise of a new breed of assertive, in-your-face social provocateurs – Charlie Hebdo wannabes – who seek not just to push, but to destroy the boundaries on many socially tense issues.

Electoral or party politics may be of less interest to this new generation than breaking the rules on socio-ethnic-religious taboos of the past 50 years.

The politics of intentional confrontation, much favoured in the West, may become prevalent in the Singapore of tomorrow.

Gay activists may no longer organise just aspirational and inclusive events for the whole community, such as the Pink Dot gatherings; instead, a gay couple may confront the police with clear statements that they are engaging in sex in violation of Section 377A and insisting that they be arrested and prosecuted.

It will be a tense time ahead as individuals intentionally push beyond the limits of the law to provoke a harsh reaction, while the authorities try not to fall into the trap of being forced to clamp down.

Government will need to have the Goldilocks touch – not too hard, not too soft, but just right – in navigating a very emotionally laden terrain with disparate groups all clamouring for their own cause.

at the St Gallen Symposium that Singapore will have to forge its own answers to its challenges and that the West should have the humility to recognise that its norms are hardly universal, his assertion begs the next question: How is Singapore actually going to create its own uncharted political future?

The history of good governance in Asian politics has not been encouraging. That the People’s Action Party (PAP) has bucked historical trends so that, 50 years after independence, Singapore is the only country in Asia which has not witnessed widespread corruption up to the highest levels of governance, is both hopeful and worrying.

Hopeful because, perhaps, a culture of incorruptibility and not just fear of Mr Lee Kuan Yew has now taken root in the political culture; and worrying for precisely the same reason: that incorruptibility may have been due only to the exemplary conduct of Mr Lee, his peers and immediate successors, and that over time, we will regress to the more prevalent Asian – and indeed global – norms of political self-gratification and cronyism.

History has not been kind to the longevity of founding political parties. The PAP will soon be the most long-lived, democratically elected political party in the world. Its continuing history of incorruptibility and continual leadership succession even after 50 years should, however, give it an edge against its historical counterparts which, by the age of 50, were already corrupt and disunited.

A pendulum two-party system, while considered the acme of political maturity by advocates of Western liberal democracy, can occur only if the PAP has an internal split or if an opposition party actually wins an election outright. There are few issues so fundamentally divisive as to cause either scenario to be realistically possible within the next handful of elections.

More likely is the continuation of a dominant-party state, but with the share of opposition parliamentary seats continuing to rise until an equilibrium is reached at say, a quarter or one-third of Parliament occupied by opposition parties.

The irony is that the electorate – always more savvy than given credit for – has learnt from the past election that government is more responsive to them when there is a threat of losing more seats to the opposition.

The likelihood, therefore, is that Singaporeans will want their cake and eat it too – to continue to have the PAP run the country, but to have a substantial and entrenched opposition to ensure that the PAP needs to woo, rather than admonish, the electorate.

The battle lines, therefore, will be not so much over ideological issues or even the necessity for a strong opposition – they will in fact be over the competency of the opposition.

If voters believe that competency is not the main differentiator between the PAP and the main opposition party – whichever it may be – the groundwork will be laid for a pendulum two-party system.

Whether the Singaporeans of 2065 will be spiritually exhausted, geriatrically challenged and chronically disagreeable; or whether the sense of common purpose and destiny which inhabited the hearts and minds of the earlier generations will still pulse strongly within them, is difficult to predict.

Whether a truly participatory democracy and inclusively diverse society will be graciously integrated or riven by contradictory impulses, will be determined by people like my first grandson, born just a few weeks ago, and who shall be precisely 50 years old when we celebrate our 100th anniversary.

May he live in interesting times…

A version of this article appeared in the print edition of The Straits Times on July 20, 2015, with the headline ‘Things that could make the S’pore crockpot boil over’. Print Edition | Subscribe