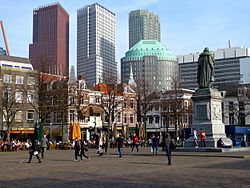 The Shapeless Trust. New Trust Variation vs. The Panama Foundation

More isn’t always better.  The case of the shapeless trust.

“In a world of limitless possibilities we need to set boundaries for ourselves or our fate will be to face mounting despair.”

I read words to that effect several years ago, put them on my mental shelf, and carried on.

They have had to be taken down from that shelf now, however, because I have just read an article describing shapeless trusts; these trusts, apparently, can be fashioned into various forms, just like Plasticine, and have found favour in Israel.

As a trust specialist, the concept for me strikes at the very roots of the relationship.

I have in recent years watched the grim progress of the changes, however slight or cosmetic, made to the edifice of that bulwark of succession planning, the English trust, and which has been exported around the world; although, it must be said, not always with universal success; in the case of some countries, like a cheap wine, it has not travelled well.

But still the fundamental trust framework, enshrined in the legal maxim that requires three certainties (intention to create one as well as a clear identification of both its assets and the beneficiaries) has been sustained.

No matter how elaborate or fanciful the language, this is the kernel of a trust, and for which a trustee, as steward of the assets, is needed; well, that’s certainly how it once was.

Would you believe that the new interpretation stems from the very convention that was supposed to clarify the status of trusts internationally which was concluded back in 1985 and entered into force in 1992?

Because the Hague Convention entitled “The Law Applicable to Trusts and on their Recognition” does not stipulate that assets have to
vest in the trustee, unlike the English law does, it is argued that the creator of the trust may retain title in the assets. I should add that the trust regime in China speaks of entrusting property rights to the trustee, but this does not mean that the settlor is required to vest them in the name of the trustee.

Although there are moves afoot in Israel, as opposed to China, to change the law which has been in place since 1979, giving the trustee his rightful place, it is expected to take several years of parliamentary debate before the current position is reversed.

The argument put forward is that such innovations extend the number of options available, like an extensive restaurant menu does, and that different trust models can suit different circumstances. One defence is that for those cultures uncomfortable vesting assets in favour of a third party, diluting the trustee’s role is very comforting.

But if, like cell phones, we are going to see trust apps on offer, I predict that you will also see mishaps.

One can only imagine the opportunities for litigation which could be encouraged by disgruntled beneficiaries and any avaricious lawyers skilled in the art of word manipulation.

The solution?  Use a foundation, already very popular with Latin Americans who are also sensitive about control issues, but which is far from shapeless and holds title for succession planning in its own name rather than a trustee’s; importantly, it can grant generous powers to the founder that will have the Israelis and Chinese sleeping peacefully at night.