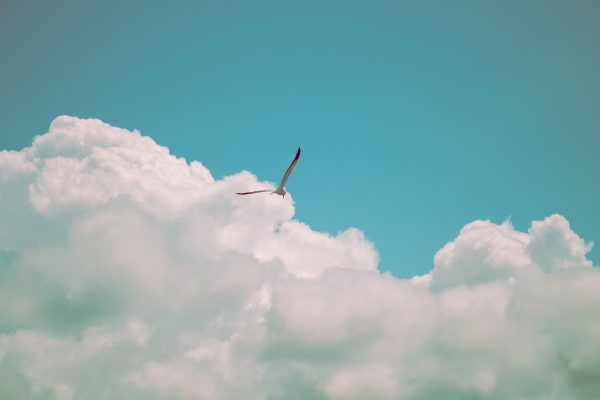 It took a long time for me to acquire a second citizenship. But that was just my fault.

Born and raised to British parents on a small country (that is now part of the EU), I grew up assuming that my UK passport offered everything I could need in terms of international travel.

It allowed me to visit a vast majority of countries in the world visa-free, and granted me the right to be educated in UK universities at local prices, access to the National Health Service (NHS), and countless other benefits conferred to British citizens.

Why would I need a passport from a small nation whose benefits were no match for the apparent prestige of a British passport?

Then 2016 arrived. Britain voted to leave the European Union. And I, not one to like being limited in where I could choose to live, understood that I would soon probably not be the owner of a European passport. The country where I was born had also joined the EU back in 2004, during its largest expansion since its founding.

Regardless of what the final deal to leave the EU would involve, that meant a risk of suddenly not being able to live and work freely in the EU, at least without having to go through some kind of tedious paperwork, or worse.

So, I decided to get a second passport from the country of my birth. That was as easy as walking into a government office with my birth certificate and national ID card, filling out a form, having a picture taken, and paying a small fee. A week later, I had a shiny new passport.

Now, you may be thinking: “Alright, well done. You were lucky enough to get a second passport essentially for free, using little time and effort. But it’s not that easy for most people.” And you would be (almost) completely right.

However, dual nationality also brought me all sorts of new benefits, which I have since realised I would have been willing to do a lot more for, had I fully grasped their importance.

For one, I can choose which passport to use when travelling to different countries, according to what might have easier visa access. When I’ve travelled to China for example, I’ve used the second passport, as I found I received the visa a lot faster with that one. When going to the US, I use the British passport as I can do that visa-free.

The perks go beyond just visa access. I have access to two national health services and countless other EU and UK rights.

My second passport is also less of a ‘target’ in ‘sensitive’ countries that I’ve travelled to in the Middle East – It’s liberating to be able to tell people you are from a country that there’s a good chance they have heard of, and therefore have no prejudices against.

Above all, the main benefit is intangible: it’s a feeling of freedom, of not belonging exclusively to just one country.

While I was fortunate enough to have a right to a second passport by virtue of where I was born, getting hold of one in other ways does not need to be painful, difficult, or expensive.

The Residency and Citizenship by Investment (RCBI) Market

Attaining a permanent residency in a country through a moderate investment in real estate or other qualifying sectors is one way to set yourself on a path to being eligible to apply for citizenship, often in as little as three years. Some countries just want you to have a certain amount of cash in your bank account in order to be eligible for permanent residency.

For people who don’t want to wait that long – or can afford to speed up the process – Citizenship by Investment programs are the way to go.

Varying in price quite widely, CBI programs can allow individuals and their family members to obtain a second passport for anything between a few hundred thousand dollars from some of the Caribbean countries, up to much pricier options ranging between 1-3 million euros for some of the European passports.

These programs can involve one-off “donations” to a government for the privilege, and/or investment in real estate or other approved sectors, which tend to require higher sums than the “donations”, but have the benefit of providing you with deeds to a property or a business.

A second passport can be a considerable bonus to an investment that can guarantee you returns for a long time to come – as long as it’s chosen wisely.

What all of these programs offer is a chance to free yourself from a single government having a monopoly over where and how you can live.

The Covid-19 crisis has only sharpened the reasons to pursue a second passport.

With international mobility still severely curbed – and likely to be so for a long time – a second residency or passport can be the difference between being stuck somewhere you don’t want to be – or having access to a safe haven where you and your family can quickly move to if the situation in your home country takes a turn for the worse.

One upside to the crisis is that it is all but guaranteed to make the international RCBI market more competitive. Cash-strapped governments are already refining their programs to make them more transparent and attractive to potential customers.

At Q Wealth, we consider having a second citizenship or residency to be an integral asset for anyone interested in living a life that is unconstrained by national borders. and ready to take advantage of what the world at large has to offer. And even if you have no intention of leaving your home country, a second passport can offer peace of mind that you can if you need to.

Through collaboration with specialists in the industry, we have compiled a list of some of the best programs out there – given the current situation – and will be including them in our upcoming Covid-19 Report which will soon be distributed to our members.

For members who have been waiting for the Covid-19 Report’s release – we apologize for the delay. We’ve been waiting to observe how the crisis has been evolving before publishing, as some of the information we are providing is sensitive to various macroeconomic and political factors that have been in flux for a while. We now have a clearer picture of where things are heading.

We are also working on some exciting updates to our Members Area on the website. Those changes, and the report, will be released in the coming weeks. Once that happens, we will also be increasing the price of membership, which we have kept at the highly discounted rate of $5 for a year.

We thank our members for your patience, and are confident you’ll be satisfied with the result.

To your (true) wealth,