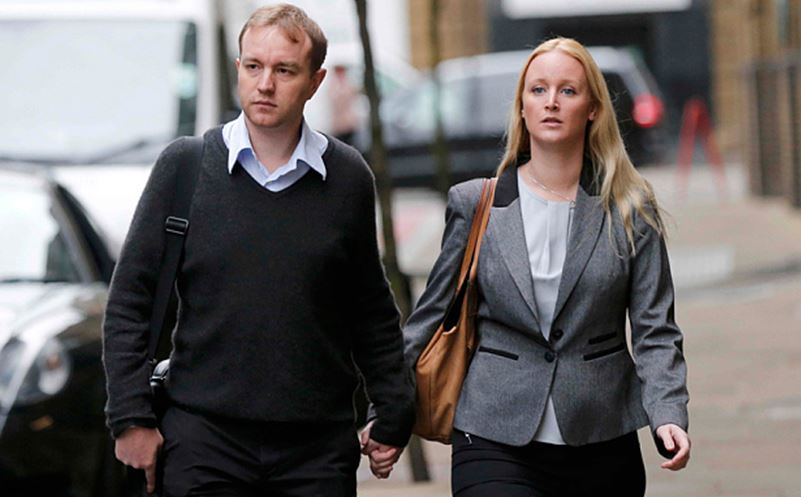 Back it June of this year, Q Wealth released a Special Report where we dug beneath the surface of the “lone gunman” myth of so-called “Rogue Traders”.

In it, we highlighted the way that certain traders are turned into patsies and “scapegoats” (or perhaps “sacrificial lambs” might have been more accurate description) in order to divert attention away from the involvement of top level Executives, or even, (perish the thought) “the bank” itself.

Yesterday, the first of those Banking patsies, Tom Hayes, heard his harsh fate in Southwark Crown Court in London.

After the jury had unusually taken an entire week to deliberate on their verdict, they finally delivered the decision that Hayes was guilty on all eight counts.

He was then sentenced by the judge … to 14 years imprisonment!

Now to put that 14 year prison term into some kind of perspective, consider the following.

Ever since the abolition of the death penalty in the UK, in 1965, British judges have been left with only had one option at their disposal, when sentencing murderers, and that is what has become known, euphemistically, as “life imprisonment”.

Now of course, in typically misleading “legalese” style, you won’t be a bit surprised to hear that “life” doesn’t actually mean “life”.

So what is the average time spent behind bars, by a prisoner convicted of murder and serving a “life sentence”?

You couldn’t make it up, but it’s 14 years … exactly the same as Tom Hayes has been sentenced to!

In fact though, in according to the latest Offender Management figures available from the UK Ministry of Justice, out of 7,665 “life sentence” prisoners in the UK, 2,303 had served minimum terms of less than 10 years.

Now of course, surely Hayes will only serve about half of that, but why has he been singled out to be so severely punished?

Well of course the industry needs a “fall guy” patsy to be painted as “ringleader”, that goes without saying, but its perhaps because Hayes, despite initially pleading guilty (fearing being tried by a US court) felt completely “hung out to dry” by his former employers, UBS, and changed hia plea to “not guilty”.

They in turn of course, as was to be be expected, and in classic Mission Impossible style, closed ranks and “disavowed all knowledge of his actions”, stating in fact that they were … “not a party to the case”!

Hayes though, much to the chagrin of UBS and the rest of the banking industry no doubt, had decided NOT to “go quietly into the night”, and had mounted something of spirited fight back in court, and in doing so had had aired some of banking’s dirtiest “dirty laundry” secrets … in open public court.

Hayes though, was proving to be “a bit of a handful” for the banking industry, a genuine “loose cannon” who seems not to have been pursuaded by the usual Swiss-bank-account type “arrangements”, that those perhaps like Fabrice Tourre of Goldman Sachs (he of the infamous “Abacus” transgressions) may have been lured with, to “go off quietly into the night”.

Instead Hayes, known to suffer from Asperger’s Syndrome, a form of Autism, seems to have perhaps been driven by other, harder to manipulate factors.

As part of his fight back, Hayes told the court that, far from being as innocent as the driven Swiss snow, his former employer UBS Bank had positively encouraged LIBOR rigging, going to the lengths of even printing and distributing their own in-house Instruction Manual on how to do it!

The sick irony is though, is that despite his change to a “not guilty” plea, Tom Hayes defence never actually involved him denying that he attempted to “rig” the LIBOR rate in his employer’s favour. Instead, he simply insisted that such rigging was so “common practice” that with all of his contemporary traders in similar positions in rival banks all colluding in engaging in the same Bank-encouraged practice, that it would be impossible to either calculate the sums of money involved, nor single out any one trader for blame. He seems to have found out to his cost that he miscalculated.

Hayes even gave evidence that the banks involved even published guides for their staff on how to rig rates! He even admitted emails into evidence, to demonstrate the same.

Of course it is the concealing of just this sort of Top Level Banking cartel collusion, that is the real hidden agenda that is going on here, and it is that, that Banking is trying to keep from the eyes of, it has to be said, a largely disinterested public, who have become almost blase about the ubiquitous crimes of banking.

Hayes then, seems to have paid a particularly heavy price for simply “rocking the boat” and choosing to go down the “not guilty” and “open disclosure in public court” route.

Such whistle-blowing WILL always be dealt with severely in the banking industry, with the kind of warning “punishment beating” that Hayes has been hit with.

Contrast that with the case of Christian Bittar, the similarly LIBOR-rigging patsy scapegoat of Deutsche Bank (DB) from 2011.

Christian Bittar joined DB ten years earlier in 2001, and had risen to running his own interest rates derivatives desk for the bank. Now he may well have had millions in bonuses “clawed back”, but, instead of facing 14 years in jail, he is part of the third biggest Hedge Fund in Europe!

One of Hayes other trading contemporaries, derivatives trader Guillaume Adolph, also “settled out of court” with his employer, after the bank threatened to withdraw some of his stock awards. He has similarly faded away into success, not a prison cell.

To Your Secure Future, as always