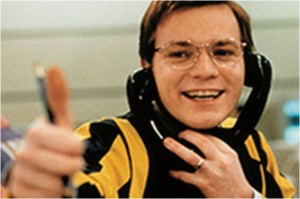 Hot on the heels of Banking’s “LIBOR Interest Rate Rigging Scandal”, once again major global banks have shown how adept they are at nimbly “switching targets” and “sniffing out” other markets, fit first to rig, then to fleece.

As always seems to be the case though, it is the “foot soldiers”, down in the “trading pits” who are attracting ALL the blame, while Senior Executives are busy mobilizing their “blow hards” in the “Damage Limitation” and “Legal Spin” Departments, to get busy deflecting all blame away from themselves and the Board Room!

Perish the thought that any of them actually know what’s going on, or are in any way benefiting from activity in their own company! 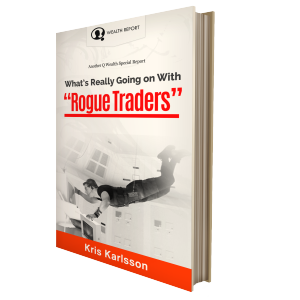 Now in an upcoming “Q Wealth Special Report” we will be delving a little more deeply into how the whole “Rogue Trader” meme is used by banking, as by far their most effective “Damage Limitation Exercise”.

But in the meantime, consider the following examples, first from a November 2014 article, and see how a sycophantic journalist in the mainstream media, continues to propagate the myth of “Board Room innocence” in the whole affair.

Not only that, but consider too, how wholly inadequate the so-called “punishing fines” are, in comparison to the sheer scale of the illicit gains that are “gamed” out of such rigged trading.

Take this Daily Mail quote for example, regarding the FOREX Rigging Scandal :

Sounds like a big “weighty” number … but given that UBS is a major global player in the Forex Market, and given that Forex turns over anywhere between $3.5 and $5.5 TRILLION DOLLARS … per DAY … and given also, that the abuse had been going on from 2006 until at least 2010 … then the paltry fine imposed on UBS Bank is shown up for the derisory pittance that it is.

And how much WAS that fine?

The Daily Mail informs us that … “Swiss bank, UBS, was fined a total of £503million”

UK Chancellor, George Osborne, couldn’t resists weighing into the debate with some sage words, saying that …

“… a number of traders have been suspended or fired”

But then he added, not very helpfully, that …

“The banks that employed them, face big fines – and I will ensure that these fines are used for the wider public good”!

Well that’s reassuring! The government are going to keep the fines! How magnanimous of him to grab that money into the bottomless pit that is the ever ravenous black hole of government spending!

But wait a minute!

There is a “counter party” involved here, who LOST the other side of these manipulated, fraudulent bets!

Aren’t THEY going to be compensated?

If there is going to be any “fines” paid out, what are “the government” doing keeping them … “for the wider good” or otherwise … a highly dubious claim at best!

Surely the banks that defrauded others in these transactions, ought to be compelled to repay ALL the ill-gotten gains they made from ALL the “bets” that they fraudulently “won”, no?

Meanwhile, back in another corner of Alice in Wonderland, and in other “Banking Scandal News” … as recently as May 2015 and away from the “FOREX Rigging Scandal”, the “fall guy” legal quagmire that is the “LIBOR RIGGING Scandal”, rumbles on, with yet another purported “lone gunman” Rogue Trader, Tom Hayes, finding himself in the dock!

With his bosses hanging him out to dry, they have pathetically exaggerated his ability to “influence the LIBOR Rate” … a Rate by the way that is exclusively set by a GROUP of Banks, at the very highest level, and not by individuals who even COULD be “influence the rate”!

The LIBOR Rate was set by SIXTEEN separate Big Banks, all simultaneously and “independently” (Ed : highly doubtful claim!) literally sharing their “opinion” on what the Rate should be, with the top 4 & bottom 4 figures being discarded, and the official “LIBOR Rate” being worked out as an average of the remaining middle 8 figures.

Now, after going to great lengths to outline how Tom Hayes simply COULD NOT himself “change the LIBOR rate” … the Daily Mail article STILL insisted, via a screaming line (that simply could not be true) that …

“The court heard that Hayes was fixing the Libor Rate, both before and after the economic crisis””!

This is arrant nonsense of course.

The FACT is that Hayes’ actions PROVED beyond question, that neither he nor any other “individual” could “fix the LIBOR Rate” as claimed!

Instead, the article in reality reports the clearly desperate attempts of a trader who was suffering from Asperger’s Syndrome, and who was in fact “grasping at straws” at best, by pleading with his “step brother” who was apparently “quite junior” according to the Mail … but who “knew someone” who MIGHT be able to “influence the rate”!

This is highly tenuous stuff at best!

Now he may have been guilty of “desperate, forlorn incitement of others”, as well as “wishful thinking”, but actually “changing the LIBOR Rate”?

I don’t think so!

No, the sensationalised “Rogue Trader” narrative blared out by the lame stream media, bears no resemblance to the way that the LIBOR Rate was really set.

As hinted at earlier, a Q Wealth Special Report (for Members only, log in here) has been prepared, which delves a little more deeply into the use of the whole Rogue Trader “ploy”, as well as the media’s role in propagating it, in order to mislead the public.

We hope you enjoy the report, and for those of you who are not yet Members s yet, here is where you can find out more