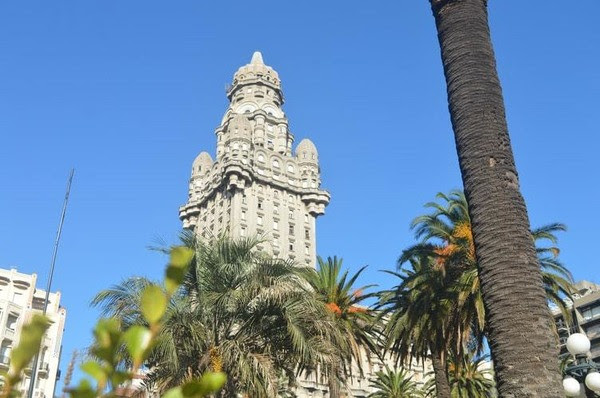 Today we have a guest post from Margret de Baez, the CEO of Uruguay Property Partnership, a real estate company based in the eponymous country. In the article, she discusses how the small Latin American nation has emerged as a bastion of liberalism, security and stability in a volatile world.

Uruguay is the smallest Spanish speaking country in South America with 3,5 million inhabitants and is sandwiched between its giant neighbours Brazil and Argentina. The country has traditionally been more affluent than other states in South America and is known for its advanced education and social security systems and liberal social laws.

The country has been known for decades as a beacon of stability and safety, which has earned it the sobriquet ‘The Switzerland of South America’. And, in recent times, it has been increasingly attracting Americans and Europeans seeking new alternatives for safe investments, residency and citizenship.

Those who have chosen Uruguay as their new or second residence have either settled in the capital Montevideo or on the coastal areas with good infrastructure, the most prominent and well known being Punta del Este and its surrounding zones like Punta Ballena, Laguna del Sauce, la Barra, Manantiales or Jose Ignacio.

Uruguay produces the highest GDP per capita in Latin America; it has a broad middle-class, modern infrastructure and solid institutions. Foreign and local investors receive equal treatment, private property is strongly respected and there are no restrictions on the movement of capital in and out of the country.

Uruguay’s favourable legal framework, high democracy index and one of the best economic climates in the region provide for an ideal business environment.

The country is considered a gateway to Latin America. Stable and long-term macroeconomic policies help the promotion of foreign capital investment and foster the free zone regime. The country´s high standards of living and the availability of competitive and highly skilled human resources are also key for the maintenance and growth of business in the region.

Uruguay has leapt ahead of its neighbours by being the first to understand the global interlocking business requirements with favourable investment laws and initiatives that bode well for this decade and beyond.

The new conservative government of Lacalle Pou not only has a 78% approval rating for its positive handling of the COVID-19 pandemic, but is also receiving considerable attention from abroad regarding major changes in the investment climate of Uruguay:

The Uruguayan parliament is currently debating changes in laws and decrees for which the government is pressing ahead with an omnibus “law of urgency”, which has a total of 476 measures to shrink the government payroll, strengthen the police, reform education, and weaken trade unions.

The other most recent economic measure receiving prominent international attention was a decree signed by the Uruguayan President to lower the threshold for real estate investments to qualify for fiscal residency in Uruguay, by a whopping 77% from 1st July 2020.

The decree will therefore make Uruguay even more welcoming to wealthy foreigners looking for a new home or office, and make it considerably cheaper to obtain tax residency in the South American country.

Foreigners with Uruguayan tax residency currently pay 12% on dividends and interest earned from offshore assets – Uruguay credits taxes paid overseas on that income – after a five-year tax holiday which will now be extended to 10 years.

Real estate for individuals or families that meet the investment criteria and offer good infrastructure, international schools and quality of life.

Investors aiming to establish a business in Uruguay can also obtain fiscal residency by investing a minimum of US$ 1,600,000 in a business/commercial activity which creates at least 15 full-time jobs.

Increasing demand for property in this sector are estates that can be converted to boutique hotels/wellness centres, country homes with attached vineyards, farms with olive or fruit plantations or rural land for cattle breeding and forestation.

The decree will help Uruguay compete with countries such as Portugal, Spain and Italy that are also aiming to attract wealthy foreigners.

On the one hand, the new investment decree targets individuals and families looking for fiscal residency in Uruguay, but is also likely to generate increased interest from companies aiming to establish a presence in the country, due to its generous tax incentives for investment projects, large and small.

After all, Uruguay is also part of, and a gateway to the MERCOSUR association of countries, with access to a combined total of a US$ 2 trillion GDP, and a tariff-free trade zone that also includes Argentina, Brazil and Paraguay.

The World Bank and IMF estimate a contraction of 3.7 % of GDP for Uruguay in 2020 which should rebound to a growth of 3.5% in 2021. That is considerably more benign than the 8-10% drop in GDP forecasted for the US and Europe due to the pandemic. The economic rebound in Uruguay next year will be greatly helped by the new tax incentives for individuals and companies that are being put in place right now. No doubt, they will bear fruit in the medium term.

** Margret de Baez is the CEO of Uruguay Property Partnership

Uruguay Property is a boutique, multi-lingual property company with 15 years of bespoke real estate experience with a proactive, go-ahead vision and a profound vocation for client service. Thanks to our multicultural experience working for many years in TV, diplomacy, in relocation of executives in Europa, Asia and the Americas, we have gained an immense capacity to interpret the buying and investment objectives of our international clients with integrated, value added advice.

Our objective is to maintain the highest reputation with the integrity of our extensive services. Thanks to this, our clients always return and recommend us. We work according to our paradigm: think globally, act locally.

If you would like to get in touch with Uruguay Property Partnership about potential real estate investment and residency options in Uruguay, you can also reach them at info@uruguayproperty.com.

And If you would like to consult with us about other citizenship and residency by investment options in Uruguay, get in touch with Q Wealth’s Front Desk and we can point you in the right directions.