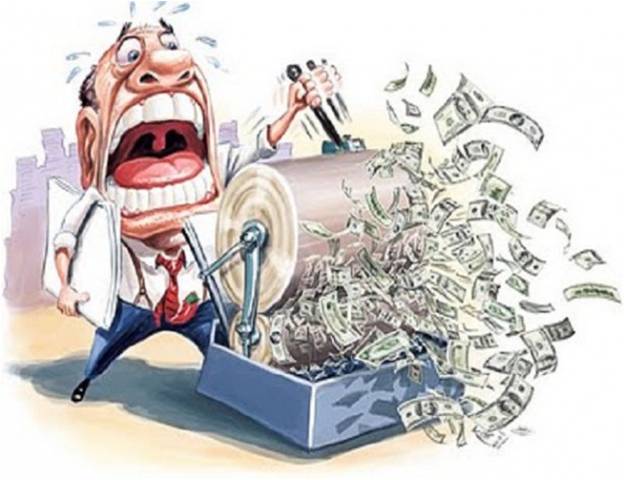 The BRICS nations’ plans to set up a purportedly alternative banking system, have certainly grabbed headlines in recent months.

Fewer people though, are quite so familiar with the “BLICS” nations.

The BLICS group is made up of …

And that reason is perhaps why they have barely even come to the attention of the world’s financial press, let alone come to mass media attention.

And its the reason behind why the group was even cobbled together in the first place, that is intriguing.

Over the last few years, The Federal Reserve had been coming under enormous criticism from advocates of “real money”, over their policy of essentially counterfeiting money, via their Quantitative Easing program.

The Fed had little choice but to “rev up the printing presses”, but, they always touted the move as being a temporary measure, needed merely to “iron out a crease” in an otherwise perfectly functioning financial and currency system.

But, with promises of phasing the measures out through “QE tapering”, seeming to drag on and on and on, and with satirical jokes about “QE to Infinity” ringing in their ears, The Fed knew that sooner rather than later, they would have to “do something” to end the criticism. 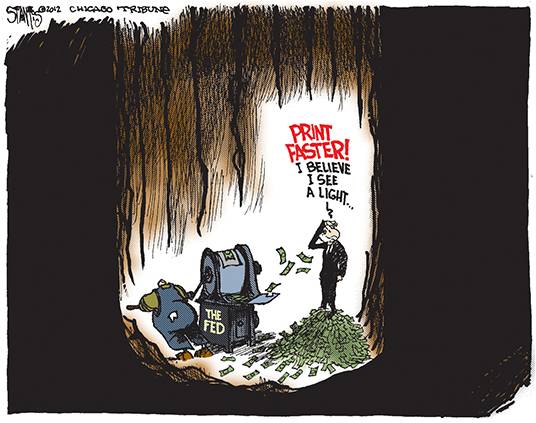 But, in recent months and years, a creeping realization has begun to filter down into the minds of many, that all was not as it was painted to appear.

And so reluctantly, The Fed decided that they could not continue to indefinitely, to essentially “buy their own debt”.

With China actually turning into a net “seller” of US Treasuries from 2011 onwards, attention turned to a replacement.

Enter the BLICS nations, mentioned above.

Flush with Federal Reserve “Swap Line” credit facilities having been made available to them, The BLICS countries were essentially funded and underwritten by The Fed, so that they would be able to “pay” for the needed debt purchases. Hence an ongoing program of US Treasury Bond “purchases” began, helping to offset the deliberate reversal of policy of the Chinese government.

Only by enabling countries like Ireland (Huh? Haven’t they got their OWN massive debt problems?!) Belgium, and other countries, has the Fed been able to soak up an buy up, the issuance of their “longer duration bonds”, without changing their own rules!

Below then, is a graphic depicting how this deceptive “sleight of hand exporting” of QE and Treasury Bond purchases has taken place in recent years.

Notice the massive increase in BLICS purchases, from 2011 onwards, coinciding exactly with the decline in Chinese purchases.

So the whole charade, masking the debt creation racket being carried out by The Fed, is one giant bait & switch delight of hand deception.

Only The Fed in reality, has the means and motive to “export” the still ongoing VITAL NEED for the fraud of Quantitative Easing, and their simply shifting and disguising that fact, isn’t fooling anyone other than mainstream media news junkies.

The net effect though, is that The Fed has been able to fabricate a Great Recovery, and has suckered trillions of dollars of people’s money, into the only market left, that offered any reasonable returns.

With Banking being caught with its “hand in the cookie jar” in both the LIBOR, and the Forex frauds, and with their manipulations of commodities like oil and wheat previously having lead to the near breakdown of developing world local economies, (leading to food riots in Egypt and the ‘Arab Spring’ for one thing), the stock markets became the last remaining focus for even semi-legitimate “return on investment”.

With the precipitous rise in those stock markets though, now crying out for a “correction” and a take of profits, its hard to see where the next cash cow is going to come from.

Fraud and fakery then, have replaced a truly free market, and any pretence of genuine free market “price discovery”, really is now a complete myth.

Right now, a hybrid freak form of privatised “Planned Economy”, (if such an oxymoron is even possible) has been rolled out, making a complete mockery of the notion of free markets.

But, despite all the obvious manipulations, what is now certain, is that the four primary investment arenas of Forex, Commodities, Stocks & Shares, and Bonds, all have massive and mounting pressures and problems, not to mention mounting legal issues, and all seem to be potentially conflating and merging, into what could well turn out to be a “perfect storm” of troubles.

But, on the positive side, what is also undoubtedly true, is that not all banking jurisdictions are “born equal”. Some are much more vulnerable than others, and the decisions that we make now, about how we allocate our resources and assets within those systems, will have a massive impact on our future wealth, and that of our children.

Again then, we would urge any who have not yet acquired their copy of The Practical international Banking Guide to do so as soon as possible.

Better still, take advantage of becoming a Member of Q Wealth, and access ALL of the Guides and Reports, for free.

Also inside the Members Area, there is the opportunity to speak to the some of the Q Wealth Report Team in person, who can literally take you step by step through the whole practical processes needed, in order to secure your assets.
Very soon now too, The Q Wealth Report will be releasing their latest, fully-updated edition of The Gold Report.

This too will provide readers with solid actionable advice on how and why gold plays such an important role in your asset protection portfolio. So be on the look out for announcements about that release too.

So as always, our advice here remains the same. Diversify and move your assets into the relatively calmer International waters of “offshore” jurisdictions.

So always remember that we’re here to help you with that journey, so get in touch and see for yourself what can be done to protect yourself from what is undoubtedly coming.

To Your Secure Financial Future as always