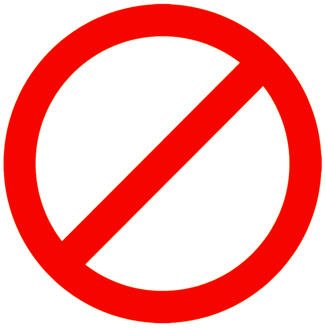 It’s Official: From Today, Panama is no longer a Tax Haven

A few lines in a surprise back door law introduced by President Ricardo Martinelli of Panama dated yesterday have changed the Panama tax code, making Panama companies of all types liable to tax on their worldwide income starting today, New Year’s Eve. Our in-house Offshore Planning and Wealth Management Expert Peter Macfarlane has been called back from his ski chalet in the Swiss Alps to provide further information and emergency tax advice for those affected.

This startling change may well be repealed or deemed unconstitutional early in the New Year, but the damage has been done to the Panama tax haven allure.

UPDATE: In the article below I wrote:  I think there is a very high chance that this law will be repealed before it is ever enforced. Well, indeed this is exactly what happened, so panic is off for the moment. Martinelli has posted on the Presidential website that the law will be derogated immediately. This doesn’t surprise me at all, but I think it should be seen as a warning message. Readers will doubtless draw their own conclusions and I’m sure we will be returning to this theme in future blog posts and issues of Q Wealth Report. 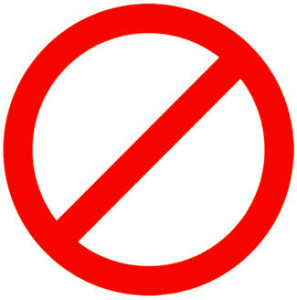 Panama’s equivalent of April Fools Day, known as the ‘Day of the Innocents’, is celebrated on December 28th each year. We might have been tempted to pass this fiscal reform off as a fool’s day joke, if it were not horribly true. It’s been published in black and white in the official gazette, under the title of “Law 120 of 30th December 2013”.

The legislation, however, certainly makes a joke of Panamanian legislators. Nobody, absolutely nobody, was expecting this law. The legislators were on their Christmas/New Year vacation and were not even informed. The drastic change is ‘hidden’ in a piece of legislation apparently dedicated to such mundane matters as multi-modal logistics and a special tax regime for tourism, that was passed through at the end of a marathon of extraordinary sessions.

Article 2 of the new law, translates roughly into English as follows:

Article 694 of the Fiscal Code is changed as follows:

The object of this tax is taxable income produced, from whatever source, within or outside the territory of the Republic of Panama no matter in what place it is received.

Taxpayer, term used in this Title, is any person natural or legal, domestic or foreign, who receives the taxable income which is the object of the tax.

Article 3 makes a further sweeping general change to Panamanian law as a whole:

When any legal norm makes reference to the territorial tax system, one should understand that it refers to the worldwide tax system in the Republic of Panama.

Of course, the entire financial and business community is up in arms about this already – as sure as night follows day, this law would destroy their business. President Martinelli is also having second thoughts: he has already tweeted that he welcomes a debate, and if the law needs to be repealed, it will be repealed. This, however, as one commentator posted, just makes the Panamanian government look like clowns.

Why Would Martinelli Do This?

The answer to this question is not at all clear today. Rumours of a global government conspiracy are already spreading like wildfire. Martinelli definitely understands the value of the billions of dollars that Panama’s financial and banking sector brings to the economy. The territorial tax system has been in place for nearly a century, leading to registration of thousands upon thousands of offshore companies, Private Interest Foundations and the like, creating employment for an army of lawyers, nominee directors and public registry officials. Panama also runs a huge ship registry which will be drastically affected by worldwide taxation: most ships are owned by Panamanian companies and no ship owner will want to pay taxes on profits generated by their ships in international waters.

What Will Happen Next?

This change is really so extreme that even Martinelli, known for his dictatorial and opaque style but nonetheless generally a business-friendly President and a man of action, could never hope to get it through without a huge debate. I think there is a very high chance that this law will be repealed before it is ever enforced.

Nonetheless, nobody likes to live with uncertainty and our people in Panama tell the Panama Public Registry, which to its credit works long hours and even over the holidays, was already buzzing this morning with requests for the familiar Certificates of Good Standing that are required to redomicile Panamanian companies to other, more tax-friendly jurisdictions. We’ve already started Emergency Redomiciliations for a few of our clients. These are people doing substantial business through their Panama corporations, who want to remain 100% compliant with the law, and we had to wake them up today with news that from today their Panama companies are subject to taxation on worldwide income. They are not going to hang about waiting for the debate.

Panama is already one of the most expensive jurisdictions in the world to form an offshore company. Up until now, there was some justification for this, as the level of professional services in Panama is relatively good (if you choose the right service provider at least.) Many people, however, will now be attracted to cheaper jurisdictions like Nevis, Belize, Seychelles etc.

What Should I Do Next? Is Redomiciliation out of Panama the Answer?

First of all, don’t panic! We live in a fiscally uncertain world and, unfortunately, surprises like this can happen. We always need to be flexible and be prepared.

But, yes, if you have a Panama company, you should probably think about ‘continuing’ it in another jurisdiction. Even if this ridiculous law is repealed, I would hesitate ever to recommend Panama to a client again after this. Continuing, or redomiciling, simply means moving the company from one jurisdiction to another. Fortunately it is quite a straightforward process and it has no effect on assets owned by the company. It is little more than a change of address. However, assuming you have a Panama company but no Panamanian business activities, this is an easy way to extricate yourself from the new law quickly, conveniently and of course completely legally.

The Caribbean jurisdictions are probably the most attractive in this respect, and even offer ‘Emergency Redomiciliation’ for an extra rush fee. This basically means that the process can be started before the required certificates and notarized documents actually physically arrive in the new jurisdiction.

There may be certain circumstances where a Caribbean IBC (International Business Corporation) is not what you need. Basically this applies to more sophisticated structures where you need to get around anti-avoidance legislation aimed at IBCs. For many clients, an LLC, such as those offered by Nevis, is a good solution and it is possible to change a company’s form from Corporation to LLC. (Note: For further information on the Asset Protection Benefits of Nevis LLCs, please refer to my report Untouchable Wealth in our Members’ Area)

I’ve already been on the phone this afternoon to our recommended providers on the island of Nevis and they have promised to send over after the New Year holiday specific information on redomiciliation of companies to Nevis (steps involved and requirements) that we will upload to the Q Wealth Members Area as soon as we receive it.

A relatively new player would be The Gambia, an African jurisdiction that has legislation similar to that of Mauritius, allowing companies to claim residency; while those looking for the closest equivalent to a traditional Panama corporation might want to consider Costa Rica, that for the moment maintains a territorial tax system and is not widely black-listed, but has less business-friendly company laws.

We will of course be following this story closely and updating Panama information in our Members Area as soon as possible. May I take this opportunity to remind readers that our Premium Members are entitled to a free consultation on this and other private wealth planning matters. This offer is open both to existing Premium Members and to new ones. If you are a basic member who would like to upgrade to Premium, please contact us.  If you don’t wish to subscribe to a paid membership option at this time, consider signing up for our Free Newsletter. We will send you updates and news you can use, approximately once a week. Just sign up for our free Offshore Asset Protection and Wealth Building Bundle and you’ll automatically be added to our free ‘Q Bytes’ newsletter list.