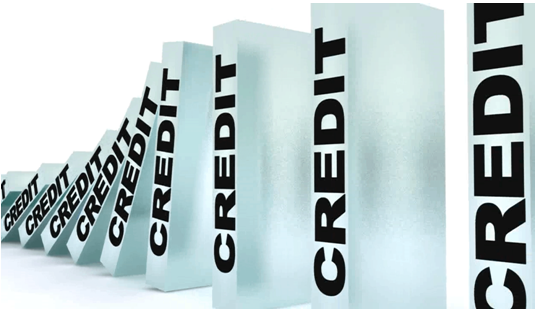 The often forgotten and un-discussed consequence of the endless rounds of “Bank Bailouts” – and make no mistake, the current so-called “Greek Debt Crisis” is just “more of the same”, with the vast majority of the “bail out” funds getting nowhere near the Greek People, and right into Bank coffers – is that the salvage exercise has done little but shore up an already deeply corrupt, fraudulent, and dysfunctional system.

The problems that banks suffered were of course entirely self-inflicted and of their own making. British banks for instance, such as Northern Rock, had lent out many, many times their own capital reserves.

As mad as it sounded though, the insane lending frenzy that went on was an entirely “necessary function” of the Banking system as a whole. It was a vital function, carried out in order to sustain Banking’s own Money Creation system.

The self-fulfilling prophecy of their own making eventually led to sick industry terms such as “Suicide loans” – mortgages of 125%+ of the value of the property – becoming common place.

It also led to the sight of British banks being deeply involved in U.S. Sub-prime mortgage lending, to a far greater extent than they were at first prepared to admitted to!

All of this was again “vital” in the very design of the deeply flawed system.

The predictable end result then, was that banks were exposed to billions in highly leveraged losses, from what became known as “liar loans”, that they were handing out like candy, to people who they absolutely knew could never possibly even keep up the monthly payments, let alone pay back the whole loan!

But Banking didn’t have a care in the world.

They knew the outcome of “the game”, long before it even began, and made the correct “calculation” that the Government arm of their Banking/Government Cartel absolutely would step in, to bail them out, hence they felt free to exacerbate an already insane debt distribution system, with the use of “dodgy derivatives” called Collateralized Debt Obligations (CDO’s)

In the end of course, we all know what happened, and things turned out just as Central Banking had predicted and had assured us would be the way that things would pan out.

Initially though, when the crisis first struck, the US Government made a half-hearted attempt, albeit the lamest one imaginable, to get the banks to pay the cost of their own bailout. But this feigned effort that was doomed to failure, and was merely for Public consumption.

Then came Banking’s petulant “proof” moment, where Banking gave an already scared witless Public, just a taste of what would happen to their pensions if they forgot about the little “arrangement” that banking and their Government’s had!

Their demands were very quickly met after that.

Hence that “engineered” proof moment became known as the collapse of Lehman Brothers in 2008.

Make no mistake, Lehman’s could have been saved. Given what we know now, was there REALLY “not enough money” sloshing around to save them?! We all know the answer to that one! But no, instead, Lehman’s was set up as a sacrificial pawn in a much bigger game. It was then asset stripped and used in a game of Russian Roulette, not with Government, as the cover story goes, but directly with the emotions and resolve of the American People themselves.

This was Bankings way of letting the People see that if the banks were to be asked to “reap the rewards of their own greed” and go bankrupt, (as they absolutely deserved to do!) that they would crash and take down the entire financial system as they themselves went down!

Of course such a collapse was not “inevitable” at all, but the threat worked like a charm, and as a result, the availability of credit was deliberately allowed virtually dry up completely, placing thousands of perfectly productive and profitable businesses in jeopardy, and many were destroyed.

As always though, Central Banks, in total control of the “money spigot” as they are, can tighten or loosen the money supply to serve their own agenda, at any time.

This of course is what happens when the “power to issue money” is taken away from the People, “to whom it rightly belongs”, as Thomas Jefferson so wisely knew.

And so it was then, that in perfect “lock step”, the US and UK governments stepped in with their own versions of “Troubled Asset Relief Programs” TARPS, which essentially involved the taxpayer guaranteeing (and paying for) worthless bank gambling losses!

The TARP programs effectively took unsellable so-called “bank assets”, that were inflated to many times their actual worthless value, and transferred the resulting toxic losses, right onto the public’s balance sheet.

This was a risk colossal risk, one that was never fully explained to the People of course.

For instance, at the time of the Crash in 2008, The Royal Bank of Scotland had a balance sheet of just short of £2 TRILLION! – a sum far greater than the entire annual GDP of the UK!

Of course the cover story was, that the Banks had somehow “held a gun” to the poor innocent Government’s “head”, but in truth, the plan was colluded in between the two Cartel members, from the outset. These things are never left to chance.

“In politics, nothing happens by accident.

If happens, you can bet it was planned that way”

But there was no quid pro quo for the £1.2 Trillion bailout that the Tax payers, their children, and their grand children, were stumping up.

The bosses of the major banks were left in place, and in peace, and were allowed to carry on raking in huge bonuses, even though by then, their banks only even existed at all, because of unparalleled taxpayer subsidy!

The UK Government of course is once again facilitating yet another ancillary great rip-off of People, by offering for sale the first block of RBS shares, back to the private Banking sector, at a huge discount.

But even ignoring such flagrant Cartel-at-work collusion, that runs into the billions as usual, the real lasting damage that has been done, is not just the financial loss to the taxpayer … it is that Banking has been allowed to continue largely unreformed.

Yes, token regulations have been tweaked and “re-formed”, and banks have been asked to build up slightly stronger capital reserves, to protect themselves from any future crash. But the system is still essentially the same as it was before; it is still essentially a speculative free-for-all, where “profits” are Privatised, and “losses” are Socialised.

And it is that fundamental lack of change, that now even has many senior members of the financial establishment, warning that the next crash can only be matter of time away; and true case of “when”, not “if”.

In the years that have followed the Crash then, the Bank of England and The Fed have eagerly “primed the pumped” of another giant Bubble. Not this time a Credit Bubble, but an Asset Bubble!

By the printing of virtually limitless sums of virtually free money under various “Quantitative Easing” programs that have been worth literally hundreds of billions, and by simultaneously slashing interest rates to their lowest level since the 1690’s, the scene has been set for the mother of all Bubbles to take centre stage.

Stock markets as a result, have been artificially “buoyed up” for several years as a result, but, given that all of this growth has been based on the availability of such virtually “free money”, many analysts are seriously questioning whether the current business valuations and calculations are sustainable. They strongly question whether the patient actually can be take off life support, despite “appearances” of robust health.

The Federal Reserve in the USA, has, as we know, talked about increasing interest rates, as has Mark Carney at the B of E.

Hence now, it looks as if the “Credit Bubble” has merely been leveraged and replaced by an even larger and more dangerous “Asset Bubble”. And when that bubble bursts (as it will certainly have to) then rest assured, yet another Trillion Pound/Dollar/Euro/Yen Toxic Asset Rescue Package, absolutely will be demanded.

And so it is, that the “Money Merry-go-Round” continues to spin around, until one day enough of the People jump off, and stop supporting and funding their own financial debt slavery.