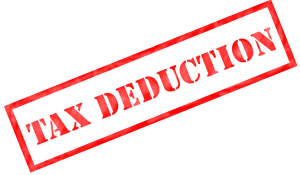 He directed his telecommunications company, Waimana Enterprises Inc., to pay millions of his personal expenses. He falsely deducted the payments from his corporate tax returns as if they were legitimate business expenses. And he failed to report the payments as income on his individual returns.

The jury found that Mr. Hee had his company fund $4M in personal expenses, including such items as:

paying more than $96,000 for personal massages; paying his wife and children full-time salaries with benefits packages even though they performed little to no work for the company; and paying more than $736,900 in college tuition and housing for his three children.

Hee also directed Waimana to cover his personal credit card, including family trips to Disney World, Tahiti, France, Switzerland, and more. He wrote off one vacation at a resort, calling it a “stockholder’s meeting.”

The lavish expenses he covered up didn’t stop there. In 2008, Hee used company funds to purchase a $1.3 million home in Santa Clara, California. Hee told his accountants that the property would be an employee retreat. However, Hee’s children testified at trial that from 2008 through 2012, they lived in the home while attending college. They didn’t pay rent to the company for using it either.

Hee’s son testified that the house was within walking distance from the college campus. The son testified that he and his sister rented out other rooms to their college friends, and kept the rent they collected. When Mr. Hee is sentenced in October, he could face three years in prison for each charge plus fines and restitution. Of course, excessive spending alone does not necessarily mean you are trying to evade or defeat taxes, no matter how outlandish the expense.

But it is another thing to claim many personal expenses as ‘business,’ and to actively try to cover them up. Mr. Hee used false descriptions so these items might slip by. In that sense, prosecutors didn’t need to focus on the lavish issue so much. In another case, the IRS has argued that lavish spending can be tax evasion. Electronic Arts founder Trip Hawkins was accused of lavish spending in Hawkins v. Franchise Tax Board. The court said that lavish spending itself is not tax evasion.

The question was raised in a bankruptcy case, where Section 523(a)(1)(C) of the Bankruptcy Code requires a willful attempt to “evade or defeat” taxes. The court said spending alone isn’t willful. Notably, the Hawkins case was about whether his tax debts would be discharged in bankruptcy. But could the same willfulness analysis apply in jeopardy tax collection cases? Maybe.

And what about offshore account cases, where what’s willful and what’s not are so important? The Hawkins case says the government must prove that the taxpayer was willful. Since huge dollars and even one’s freedom can turn on what’s willful, it’s comforting to know that despite IRS arguments, big spending alone doesn’t make you willful.

And the moral of the story? Be smart, not greedy! For advice on setting up offshore entities, please enrol as a Q Wealth Premium Subscriber today to qualify for a $500 consultation free of charge.