While many people think putting their money in a bank is the safest option, sophisticated investors, however, know that banks are really one of the worst places to keep your money.

This interview describes the art and science of Land Banking which has become a highly sophisticated and profitable investment vehicle. 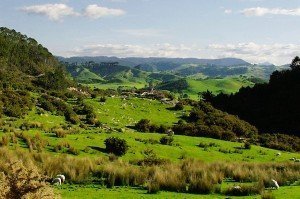 A. Land banking is the art and science of choosing a piece of land for its subdivision potential and then holding the land with a view to subdividing it into smaller titles and selling them off. The profit is generated from a combination of changes in the zoning of the land, increase in demand for the land and the value added by the eventual subdivision. In this way the land acts as money in the bank and
liquidity is created by separating the land into titles and selling them to create cash flow.

Q. How does it work?

A. Well you need a bit of expertise to do it for maximum profit but basically speaking, the best type of land banking scenario goes something like this -let me say I see a 10 hectare farm in an outer suburb of Auckland selling for 2 million.

My research shows that there are zoning changes afoot due to population growth and that I will soon be able to subdivide that farm into say 1 acre blocks , after discussions with counsel and analysis of the council plans I know this will happen very soon so I invest in the land banking and buy the farm.

I then invest time in preparing resource consent and other documents for subdivision and building consent which may take about a year or so.

Once the resource consent is issued, I engage a specialist company to put in road works and an infrastructure. At the end of the exercise, I issue around 40 titles each worth say 300,000 that is a sale price of 12,000 000. The whole cost of the project would have cost me about 30% of this, which I would have borrowed from the bank by pre-selling the undivided sections. Thus in about
1-2 years with a borrowing of about 4 million plus borrowing and other costs plus the cost of acquisition, I would have paid about 6 million to make 12 million.

Q. Can it really be that good?

A. In fact it can be even better.

There is a legendary land banking investment which describes the potential in figures rather than words, which you can check on the internet by searching the land titles office.

In 1965, Yi Huang Trading Company bought a 29 hectare property in Flat Bush (zoned rural) for $890,000 as a land bank investment. They did nothing with it except waiting for the zoning changes, which they knew would happen as flat bush is a rapidly growing area. That property is now listed for 112.6 million and likely to be sold for around 80 million to a developer.

Q. What are the risks?

A. Well, if you are using your own money and buying in the right area and for the right price, there are really very few if any. Population increase and the lack of available land means that your investment can only go up. However, of course, the global economy is cyclical.

Although this is rare, land values can drop in the short term. Land banking like any investment requires expertise, research, and being in the right property cycle.

Evgeny is just one of many Experts that our Members have the option of receiving a personal introduction to.  If you have an interest in these kinds of investments our Membership fee’s (starting at less than $100 per year) are an incredibly small price to pay.