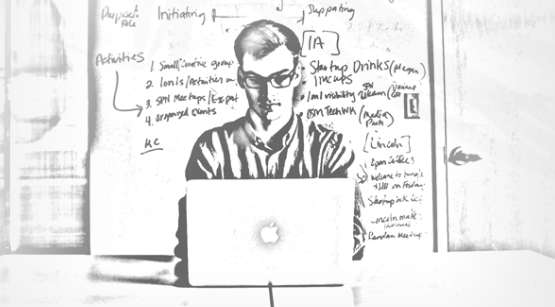 Kris Karlsson – That Was The Week That Was – As the Grim Reaper of the Global Debt Crisis continues its rampage, mercilessly scything through country after country, their purported leaders are making increasingly “Catch 22” style decisions, as they make half-baked, moronic attempts to stave off the relentless demands of their, mostly Bankster, creditors.

But if they’re even a tenth as clever as they proudly boast they are, then they’ll know that their plans are about as effective as ****ing into the wind!

Sovereign debt itself then now, traditionally the highest grade of “invest-able debt” (?) there is, and the last line of funding defense for a country, is coming under increasing pressure.

That pressing reality then, has focused minds, and forced fake leaders to seek out alternative sources of income.

Austerity of course is one well documented recourse, but increasingly, “selling the family silver” is another desperate tactic employed.

Entire countries then, are now “going to the pawn shop” to help make ends meet.

Take the following desperate example of Italy; country being forced into “selling the family silver”, in order to pay off the sovereign debt loan sharks. 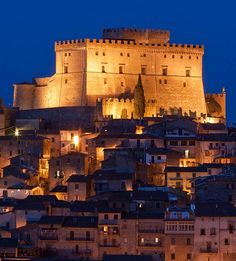 “Hard-up Italy To Sell 50 Historic Sites, In Bid To Raise £425million To Pay Off Government Debt”

Now it may be being done in a much less public way than Greece’s recent, unavoidable “dirty laundry washing”, but nonetheless, just like historic Greece, it seems that historic Italy too, is having to suffer the indignity of seeing its ancient sites being put “under the hammer”.

And if the Italian people ever need any kind of prediction as to where the thin end of that particular wedge ends, they need only cast their eyes across the Adriatic.

All tolled now, Greece has been forced by it Banking creditors, into selling off an infeasible 70,000+ sites!

These include entire islands, prime real estate including complete pristine beaches, and whole ski resorts even.

All were taken as pillage & plunder … the inevitable consequence of hideous and absolutely criminal so-called “advice”, given to Greece’s leaders a few years ago by, among others, Goldman Sachs investment banking “advisers”!

Similarly, Italy in truth began inviting the “carpet baggers” in several years ago too, a process started by yet another “helicoptered-in” Goldman Sachs Banker, who suddenly and “conveniently” became Italian Prime Minister, without firing a shot in anger, and without an election even, Mario Monti.

Of course he wasn’t heralded as actually being a Banker back then.

No, instead, he was given the rather slippery and euphemistic title of being a “technocrat” (sounds so benign doesn’t it … but they are FAR from that!) in order to put the Great Unwashed off the scent.

Of course what is beyond obvious in all of these smash & grab charades, is that there’s just no way that such “one-off income” (projected to be around 600 million Euros in the case of Italy) can succeed.

Current Italian Prime Minister and EU “yes man”, Enrico Letta, knows full well that any money raised from these auctions, will not so much as scratch the surface of Italy’s long term structural debt.

But, look on the bright side!

At least a few strategically placed Merchant Bankers will be laughing all the way back to their respective banks right now, licking their lips at the prospect of all those profits coming their way.

The lagoon city of Venice even is not exempt, by the way.

It has decided to do its bit in the pseudo-war on debt effort too, and proposes selling works of art from its Civic Museums.

Their proposed “fire sale” includes plans to sell masterpieces by both Klimpt and Chagall, among others.

All currently belong to the Italian people, but will soon find their way onto the walls of bank and hedge fund office walls soon enough no doubt.

Who needs tanks and war, when you have debt bombs, eh!

Meanwhile, on the other side of the world, yet another “in yer face” tell-tale-sign of the same downward-spiralling Global Debt Crisis, is making its cold, cruel presence felt … this time in Hawaii. 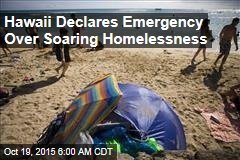 Last week, Hawaii became the third US jurisdiction to “declare a state of emergency” due to exactly the same crisis.

So what is the event that sparked such a “desperate measures” declaration?

Yes, following similar “state of emergency” declarations in the US jurisdictions of Portland, Oregon, and in Los Angeles, California, the entire State of Hawaii has now declared a formal state of emergency, in order to tackle their burgeoning “homeless in paradise crisis”!

It is estimated that over 600,000 people are currently homeless across the USA right now, but it’s also widely thought that the true figure could be much higher.

Add to that number, the almost 50 million people in the USA who are currently, quite literally “too poor to feed themselves”, and hence eligible for the country’s “Food Stamps” program, and the picture looks more bleak.

As if that statistic wasn’t alarming enough, this one needs to be factored in too.

Currently 94 million Americans are officially classified as being “not in the labor force” right now … a 38-year low!

The recent September Labor statistics report then, widely hoped to bring some relief, has only darkened an already grim picture, showing that 579,000 left the labor force.

However, magically, the mystery that is the “Official Unemployment Rate” remained unchanged, at 5.1% !

Hmmmm … there really must be industrial levels of “book cooking” going on in the Labor Statistics Department basements!

Add all of that together then, and what emerges is a “lying picture” of the ridiculous faux “success” of the current debt-based monetary system, reaching its inevitable and terminal conclusion.

The current iteration of the fraud though, truly is the most evil and fraudulent one imaginable though; one that, quite apart from being mathematically guaranteed to fail, brings with it in its wake, an absolute trail of human misery and suffering.

All of which of course, is wholly avoidable, and wholly unnecessary.

However, despite the fact that we live in times when the world’s financial systems are “circling the debt drain”, there still ARE ways, that you can survive, and even thrive, as we all try to plot a course away from the black-hole pull of the debt drain water!

Membership of The Q Wealth Report gives you immediate access to all the tools you could possibly need to “get out of Dodge” while you still can, both physically if that’s what you choose, and metaphorically and legally, it that’s the route you choose to go down.

Either way, there are precise and practical tools and strategies that you really must implement, if you want to mitigate the worst of what’s coming.

When the dollar and debt-based paradigms end, which they are sure to do, we are going to NEED to have been prepared AHEAD of time!

It really will be too late to effectively act AFTER the oncoming events take place!

We realistically have no choice then, but to make these preparations as soon as possible, because these changes are going to happen, with or without us, and whether we like it or not.

The current paradigm IS going to change!

The only “variable”, is whether or not you and I will have taken the necessary steps “ahead of the wave”, to protect ourselves, our loved ones, and our assets.

But even IF those, like the team here at Q Wealth, who are sounding these warnings about world events that are coming, are wrong, (an impossible outcome in my personal opinion) then still, the advice and tools included in the private Members Area are STILL completely invaluable!

Because the advice contained in there, is quite simply what everyone should be doing as a matter of course, anyway!

The fact that professional liar-politicians right now are actively laying the groundwork for a paradigm shift that will STILL leave the Central Banking “cause” in control of the economy, that they will have just wrecked … only for them to create a new “Total Control State” … is ironically almost besides the point!

Regardless of what “they” do guys … please understand that it’s what “we” do, that’s going to make the difference to “our” lives!

So please don’t get caught out by THEIR plans! That would be tragic! Make your own!

“They” are so desperate right now, that they may as well be emailing us their plans!

They are “telegraphing” their moves to us, to a ridiculous degree!

It’s not as if they’re setting these Totalitarian and Draconian systems up, sneakily, or out of sight!

They’re doing it right in our faces!

And so to be completely honest with you, the choice we face could not be more plain or stark … and hence … it couldn’t be “easier” either!

We just need to heed THEIR warning signs … as well the proddings of OUR common sense … and then we’ll DO something about it … while we still have the chance!

Trust me, one day, Q Wealth may be writing apologetic articles, saying that certain tools and strategies that once DID work, are now no longer available!

In fact, at the current trajectory, such an outcome is almost inevitable.

So please, act sooner rather than later.

As I suggested last time, we simply cannot afford to be “a day late” with this one guys.

It genuinely will be the best decision you could make right now.

You can thank us later! 😉

Take special care everyone … because it’s going to get bumpy!