An article over at Salon asks if “Peak oil’s death has been greatly exaggerated.” 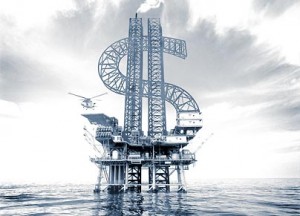 The question come on the heels of the demise of the Oil Drum website that promoted the idea of Peak Oil. The trend is to believe that oil is a scarce resource.

Sad news from the world of Peak Oil-awareness. On July 3, the Oil Drum, a fabulous one-stop-shop for news, analysis and discussion of energy issues, announced it was shutting down after an informative eight-year run. As of July 31, there will be no more new content published at the Oil Drum.

Back when I was covering environmental issues more regularly, the Oil Drum was one of the first places I’d go to get context on breaking news related to energy issues. The Oil Drum was also one of the best places to get educated about the threat of peak oil: the argument that the world was rapidly reaching the point — or had already reached it — of global maximum production of oil.

We don’t hear so much about peak oil these days. The most obvious reason: the deployment of technological advances that have increased production from old wells or made possible the extraction of fossil fuels from previously uneconomic sources, i.e., fracking. One commenter on the Oil Drum’s announcement went so far as to claim that “fracking had killed The Oil Drum.” Another posted a Google Trends documenting the sharp decline in searches for the phrase “peak oil” as contrasted to the sharp rise in searches for the word “fracking.”

The Salon writer seems sad about all this. The end of the Oil Drum is seen as a sad thing.

The trouble is that oil supplies have been manipulated from the time old John D. Rockefeller got his hands on wild-catter wells and turned them in to a significant company. These days thanks to the Internet there’s plenty of talk about abiotic oil – how oil is actually a geological process not a biological one.

Most things in this world are not scarce. But powerful interests MAKE THEM SO. The trick is to figure out now whether if something is scarce but whether the PERCEPTION of scarcity is successful or not.

And with the Internet, that perception is harder to sustain these days. After all, fracking has been around for years. Why has it suddenly broken out now? Have those responsible for the perception of oil scarcity suddenly decided it suits their interests better to flood the world with oil?

And what does that mean for oil prices and for investments related to oil?