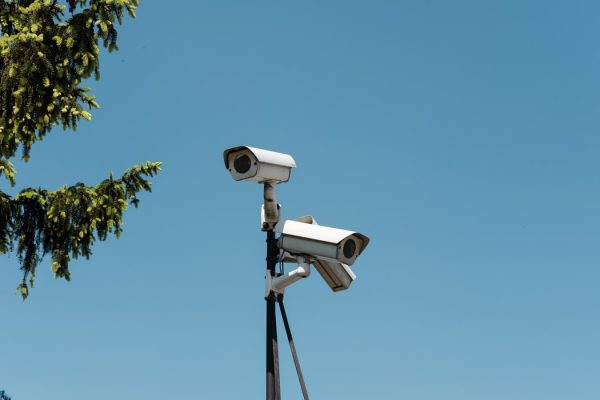 Peter Macfarlane explores some of the privacy-related aspects of various cryptocurrencies, and answers the question: are the days of privacy coins numbered?

For many cryptocurrency holders, Bitcoin is the most important digital asset. The original idea behind Bitcoin was to create a currency that shifts the control from governments and banks to the public. Cryptocurrency developers envisioned a transparent monetary system, free from governmental influence and manipulation. Another important issue for many was privacy of transactions.

There are now hundreds of different cryptocurrencies in circulation. Some are more privacy-oriented than others. How can one determine the privacy level of Bitcoin or other digital assets?

At first, most people believed that all Bitcoin transactions were private and anonymous — that they couldn’t be traced. Today, mostly everyone knows that is not true.

A cash purchase is the closest thing to both a private and an anonymous purchase. Bitcoin is less private but offers anonymity (in theory at least). Purchases made with credit cards or debit cards are the least private or anonymous.

Anyone who makes a purchase using Bitcoin is anonymous since the purchaser’s identity is not recorded anywhere. But every Bitcoin transaction is visible on the blockchain. The blockchain is the public database or ledger of all transactions of cryptocurrencies.

There are three metrics that define how private a cryptocurrency is:

Of those three metrics, decentralization is the only one applicable to Bitcoin. There are some cryptocurrencies that check all three boxes. Monero (XRP), is one cryptocurrency that qualifies as a privacy-oriented cryptocurrency.

Privacy-oriented cryptocurrencies allow the user to have total anonymity every time they make a transaction through a blockchain. Identities of users and the originations of their transactions are private and protected.

These privacy-oriented cryptocurrencies allow both senders and receivers to remain anonymous using various privacy technologies such as hidden wallets.

Cryptocurrencies like Bitcoin can be traced in a variety of ways:

There are a number of technologies that privacy coins use.

Zcash offers some of the best privacy performance around. They use their own encryption technology known as zk-SNARKs (zero-knowledge Succinct Non-Interactive Argument of Knowledge). And it is every bit as complicated as it sounds.

An un-linkable transaction means that others cannot see if any two transactions were sent to the same source. This is done by using one-time keys. The unique code makes it look like the cryptocurrency was sent to different wallets each time.

CoinJoin is another way to create more privacy. Also known as coin mixing, CoinJoin requires that different parties sign an agreement that allows their coins to be mixed in with other coin transactions.

The CoinJoin process creates multi-party cryptocurrency transactions. All parties put in and get out the same amount of the cryptocurrency, but the addresses are mixed up. This makes the origination of the coin transactions difficult to trace.

This is usually done automatically by the digital wallet that has incorporated special software that allows for the CoinJoin.

The Most Popular Private Cryptocurrencies

There are at least 100 private cryptocurrencies that use zero-knowledge proofs or similar encryption technologies. Some of the more popular ones include the following.

Monero (XMR) is the most popular of the privacy cryptocurrencies, with a market cap of roughly $2.8 billion in early 2021. They use ring signatures and stealth addresses to make their privacy coin untraceable and unlinkable. By using Ring Confidential Transactions, the transferred amount between users is also hidden.

ZCash (ZEC) uses zero-knowledge proof, which gives its users the option to shield their transactions. This technology allows users to make transactions without revealing their address or the transaction amount.

Verge (XVG) gives users the option of choosing whether they want their transactions recorded on a private or public ledger. Instead of cryptographic technology, they use anonymity and anonymous network layer tools, like The Onion Router (TOR) and Invisible Internet Project (I2P) that hides the user’s location and IP addresses.

Dash (DASH) started as Xcoin in 2014 and is a fork of Bitcoin. They offer an optional privacy feature that uses CoinJoin to obscure the origination of transactions. Their privacy feature, called PrivateSend, has become a popular way to conduct transactions in countries like Venezuela. They do not market themselves as a privacy coin, however. Instead, they do so as an instant, global, and easy to use cryptocurrency.

Horizen (ZEN) offers everyday usability along with optional privacy features. It uses public T-Address and privacy shielded Z-Addresses. Z-Addresses are private and hide transaction amounts and user addresses by using zero-knowledge cryptography. This gives users the option of whether they want to use the privacy features.

Sadly, privacy coins are associated with crime. This is unfair. Criminal use of cryptocurrencies is decreasing and is a tiny percentage of criminal use of fiat currencies. But perceptions may be more important than data.

As of this writing, some coin exchanges have begun delisting certain private cryptocurrencies. In early January, Bittrex delisted three of the most popular cryptocurrencies: Monero, Zcash, and Dash.

And several governments are considering a ban on privacy-oriented cryptocurrencies. The United States Secret Service has asked Congress to create ways to limit their use.

For those that want or need anonymity, there are plenty of privacy-oriented cryptocurrencies to choose from. Some are more private than others, while some have more options or are more user-friendly.

Monero is the most popular privacy coin, with Zcash second. At this time, governments are becoming concerned over the use of these cryptocurrencies and could either find ways to make them less private or make them illegal. So, take care when selecting one.

1 thought on “How Private are Cryptocurrencies? It depends…”