The U.S. housing crisis is now in full swing…

Editor’s note: for some while I have been saying to attendees of our Events that the market in the US would hit the skids, and to wait on further investing for a short while. As the US market now dips and wobbles, it may just be a great time to get involved. Remember, one of the golden rules of investing is to do what nobody else is doing – or at very least, to do what the majority of people are not doing!

Meantime, here is an interesting view on how to tackle the current collapse of the sub-prime mortgages in the USA.

There is a simple and direct way in which the federal government can help out millions of moderate income families struggling to keep their homes: They can simply change the rules on foreclosure to allow moderate-income homeowners the option to remain in their homes indefinitely as renters, paying the fair market rent. 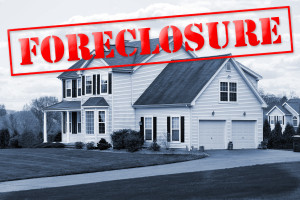 This proposal would immediately give moderate-income homeowners a guarantee they would not be thrown out of the street because they cannot meet the terms of a predatory mortgage. It accomplishes this goal without requiring any elaborate new bureaucracy and without requiring a single dollar from the taxpayers. And this plan does not bail out the bankers, hedge funds, and other financial industry types who were speculating in mortgage debt.

Under this security of housing proposal, the foreclosure process would be changed so the current homeowner would have the option to remain in their house as a renter paying the fair market rent. If a homeowner chose to go this route, the judge in the foreclosure proceeding would appoint an independent appraiser to determine the fair market rent for the house, in the same way a bank hires an appraiser to determine the value of the house before issuing a mortgage.

The former homeowner could then remain in their home as a renter for as long as they liked. The rent would be adjusted at regular intervals in step with the change of other rents in the area. There could even be an appeal process in which either party could request that the judge get a second appraisal, at the expense of the person complaining about the original appraisal. This should ensure the rent set for the house is fair. After the foreclosure, the mortgage holder would now own the house and be free to sell it to another person, but the former homeowner would still have the right to remain as a renter, regardless of who owned the house.

This program could be restricted to homes that cost less than the median house price for an area to ensure high income homeowners do not take advantage of it. The program would also only apply to people who lived in their homes, not investors. In short, it is a very simple and low-cost way to help moderate-income homebuyers. It does not give them any windfalls, but it can ensure they don’t end up being thrown out on the street.

In contrast, the politicians are lining up with plans that ostensibly protect homeowners, but would most immediately benefit the mortgage holders who speculated in predatory mortgage debt. For example, one popular proposal being circulated in Congress would vastly expand the role of Fannie Mae and Freddie Mac, the government created mortgage intermediaries, in the mortgage market. This proposal would allow them to buy up hundreds of billions of dollars of subprime and other mortgages that the private sector does not want.

Of course, the private sector doesn’t want these nonprime mortgages because the default rate is soaring. If Fannie Mae and Freddie Mac suddenly got in the market for this debt, those who are currently speculating in these mortgages stand to make a fortune. It’s not clear the government’s largess will necessarily benefit moderate-income homeowners facing foreclosure, but there is certainly a possibility some of the windfall will trickle down.

The point here is simple: We can design a mechanism that will directly benefit millions of moderate-income homeowners who are struggling to hang on to their homes; or, we can come up with schemes that will benefit the banks and hedge funds that speculated in mortgage debt.

This is one of the key themes that members will read about in every issue of The Q Wealth Report.

If you want to establish yourself in this business and generate 24/7 online profits, we recommend you or sign up today to benefit from our reports on offshore banking and investing.