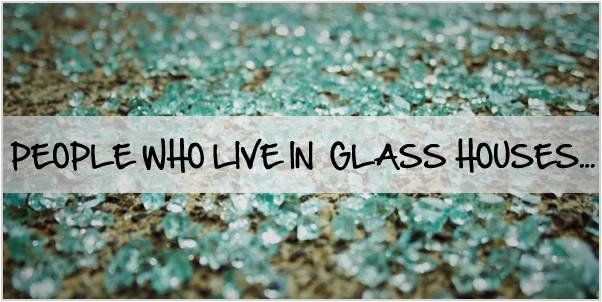 There are times when the term “poetic justice” barely seems enough to cover what happens.

One such event that definitely fall into the delicious “Hoist by his own Petard” category, is the recent tale of what has happened to the former Speaker of The House, Dennis Hastert.

Before the world was “blessed” with the dubious presence of John Boehner as Speaker of the House, the position was held by Senator Hastert.

Apart from being the longest serving Speaker, Hastert was also a particularly enthusiastic and energetic advocate of the introduction of much stricter laws against anonymous cash transactions.

And so it is a case of supreme irony, that those self same laws, that he so zealously and almost vindictively promoted, have viciously come back to both bite and haunt him.

No one ever really wants to admit to partaking in “schadenfreude”, in delighting in the misfortune of others, but in this particular case, it is particularly difficult to resist. Few politicians seemed to revel more in attempting crushing privacy than he did.

In a act of supreme irony then, it seems that Hastert eventually ended up with his own reasons for seeking the sort of privacy that he so long sought to exterminate, as he allegedly attempted to cover up his sexual impropriety and indiscretions with $3.5 million dollars, withdrawn in a “structured” manner.

The sum was apparently what Hastert had agreed to pay out to an unnamed long-time “acquaintance” from his days as a junior wrestling coach.

Those multiple withdrawals of smaller amounts of cash, apparently set off alarm bells with the anti-laundering software used by banks use to identify “suspicious transactions” in customer accounts.

The upshot now, is that Hastert has eventually been indicted for violations of the Bank Secrecy Act, as well as for lying to FBI investigators, when they asked him about the reasons for the cash withdrawals!

The charges officially carry a penalty of up to five years in prison, as well as a $250,000 fine … not to mention the fact that the government can also legally seize every dollar in his bank account. Few of those who have been keeping an eye on these events though, expect any of the above scenarios to materialize. Hastert is an extremely well connected guy.

The first crime Hastert stands accused of … “structuring” … is the attempt to avoid reporting cash transactions, by breaking up intended transactions into a series of smaller ones.

According to the Report, Hastert withdrew large sums of cash, in small increments, via more than 100 separate transactions.

Hastert was also known to take great delight in, as well as much of the credit for, spearheading the passing of the US PATRIOT Act.

Hence the irony is lost no one then (least of all on himself now we suspect) that those same laws are the very ones that have closed like a noose around HIS OWN neck!

None of this temptation to dip into schadenfreude though, as “irresistible” as it may be, ought to disguise from us the fact that such invasive, snooping policy measures are a supreme example of a “crime without a victim”.

In the end, only Hastert suffered “harm, loss or damage” (the definition of a crime) because of his cash withdrawals. Beyond that, it is simply a tyrannical demand for total control of money, and the removal of privacy.

In truth, there was no victim of the non-crime of Hastert foolishly spending his own cash on “hush money”, other than himself.

Of course though, when politicians are so wholly committed to the transition to a Cashless Society, and to the monitoring of every single aspect, of every single person’s life, then they are bound to convert “non-crimes” into “crimes”, in order to achieve their goals.

But while in all likelihood Hastert will probably be able to “pull strings” and “call in favours”, so as to avoid having to “share a cell”, the same invasive laws are unlikely to treat you quite so kindly!

Incidentally, the specific laws that Hastert fell foul of, are unique the the U.S.A. Patriot Act … and hence unique to the USA.

Other countries … (for now!) … have resisted introducing the kind of Draconian “structuring” laws that Hastert at one time delighted in inflicting on his fellow countrymen!

Some readers then, on reading this salutary tale, may have already decided that it’s high time they got their money OUT of U.S. jurisdiction!

If that thought has struck you too, then welcome to the club!

With the ratcheting up of pressure on markets around the world, the time is certainly ripe to stop making it so easy for the governments to potentially help themselves to you money!

If you would like advice on the very best ways to “legally structure” your finances so as to keep your money “out of harms (the governments) way”, then get in touch with Q Wealth Report or join us through one of our Membership Packages