Silver, like gold, has been consistently in demand for millennia. It has been a trusted medium of exchange (money) for thousands of years. It has been used in industry just as long. And, it seems there are new industrial uses being developed every day.

Yet, despite steadily increasing demand, coupled with myriad global economic concerns, silver’s price has remained range-bound for years – trading between $15 and $19 per ounce.

When I see this in the silver market, I have but one thought…Great! Let me buy some more while it is still on sale!

Volatility comes with the territory

Typically, silver prices are much more volatile than gold prices, and it is easy to understand why.

So, when we see a range-bound market that should be more volatile, we welcome the opportunity to take advantage of the situation…especially when significant demand and global economic stress is evident.

Throw in the fact silver’s price range has been below the cost of production for three years, and you can see why many agree with Ron Paul that now is a great time to own some silver.

A third of the world’s supply

Silver is already in high demand worldwide. So, when you add to that overall demand with the recent demand coming out of India, you would expect to see prices move upward. According to ETF Securities’ May 2015 monthly report, Indian imports in 2015 are up 30% from 2014, and on pace to total one-third of yearly global supply. Let me say that again…One-third of silver produced in a given year is going to India.

This silver will primarily go toward photovoltaic applications, as India plans to install solar panels on all government buildings and schools over the next decade.

And, consider this. When used outside jewelry or investment, silver is non-recoverable. Once it’s used, it’s gone. The reason is simple. It costs more to extract the small amount of silver from discarded end items than the reclaimed silver is worth. It is simply not economically feasible to recover.

Silver as money in crisis

Aside from global industrial demand, silver can also serve as a short and long-term cash substitute.

Let’s face it. Silver has been money for thousands of years. And, throughout history, as fiat currency experiments have failed (and they all eventually do), people turn to what they can trust…gold and silver and other real assets.

Consider the first bail-in situation in Cyprus, and the current precarious state in Greece and Europe as a whole. As of a November 2014 meeting, leaders of the G20 nations pledged your deposits to the banks and governments, if needed. Holding silver in these situations makes you currency independent, and will always serve to diversify your portfolio with a hard, intrinsically valuable asset class. 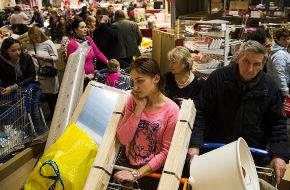 During the recent currency crisis in Russia (resulting from U.S. sanctions regarding Crimea and a precipitous drop in the price of oil), the Ruble declined by over 40%. Ordinary Russians stood in long lines for hours to purchase furniture from IKEA! They rather have something real than a paper promise from their government.

Their instinct is correct, which is to put devalued fiat currency into a hard, usable asset. Should bail-ins become more likely in Greece, I expect you may see the same sort of reaction. Given the option between toss-away furniture and silver, which would you choose?

Holding silver in place of excess cash comes at almost no opportunity cost, since interest rates (counting inflation) are effectively zero, and broke banks or governments will have a much tougher time taking your allocated silver than the fiat money in your bank account.

A step to consider taking today

Regardless of what happens to the dollar, you can rest easy knowing part of your wealth is currency-independent and intrinsically valuable.

Overwhelming global demand, bail-in likelihood and the lack of interest rate return means you need to have some of your wealth in hard assets. Silver, with its monetary history, current low price, and potential upside, fills the role nicely.

Jonathan Swyers is part of the team at Asset Strategies International, a company Q Wealth has known and worked with for over 25 years. Like us, ASI believes adding precious metals to your portfolio is essential. Tangible assets increase your level of diversification while protecting yourself against the ever-decreasing purchasing power of the U.S. dollar. Precious metals can provide a hedge against inflation and when economies fluctuate, can help lower overall risk. Find out more about ASI at www.assetstrategies.com