A perfect storm of recent events have conspired to depress the price of gold.

It seems that for now, “the shiny stuff” finds itself “caught between two stools”; a victim of two very different “world views”.

The net result is that yesterday, following 8 straight days of losses on the GCQ5 Gold Futures Index, a concerted effort was made to breach the psychologically significant support level of $1,100.

The result was that the Gold price collapsed by 4% in a matter of minutes in early trading.

Significantly, the price briefly dipped as low as $1,080, before recovering somewhat in later trading.

However, that plunge in price was enough to trigger the defensive ‘stop losses’ that some Gold Bugs and Bulls have had in place for a very long time.

The result was an avalanche of automated selling, as can be seen from the image below.

There are a number of factors which all contributed to the recent accelerated ‘sell off’ in the gold price, and it is the nature of the interpretation of some of these events, that gets to the heart of the “disagreement” between the two world views.

For now it seems, the dominant Central Banking meme, with all its ingrained establishment “clout”, is holding out, and the Gold Standard-supporting Austrian School of Economics adherents, have been hit hard, once again.

Since then, the price has essentially been in decline, culminating in the events of yesterdays mini capitulation. 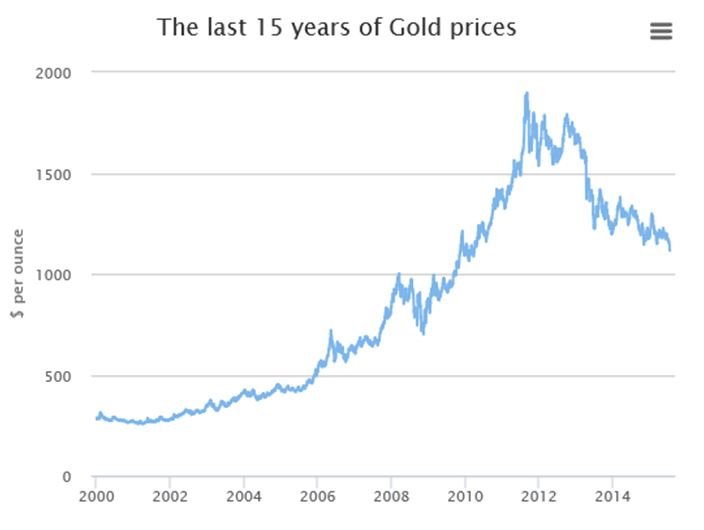 Several factors have conspired and combined together to do the damage.

Here are a few of them. 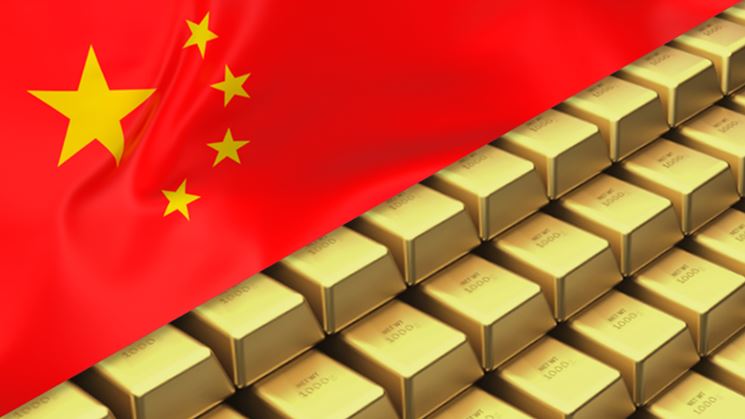 Last Friday, just before the weekend, and after a 6 year silence, during which time rumours abounded about just how much gold the Chinese Central Bank was buying up, China released an official report about the volume of their gold holdings.

While the consensus of many analysts had been that China held around 3,500 tons of gold, their official press release indicated that they held only 1,620 tons.

This news was a huge blow to the Gold Bugs, who by the way, strongly feel that China is still not ‘coming clean’ about the amount of gold they possess … and who can blame them!

Coming as it did though, on the back of the recent plunge in Chinese Stock market, the announcement does seem to have damaged gold’s ‘safe haven’ reputation, as well as the precient need for it.

Chinese speculators, desperate to get back into the Chinese stock market and buy up “cheap” stocks, also seem to have been selling gold, in order to fund their re-entry into the markets, with some of the required liquidity for that, coming from gold sales. 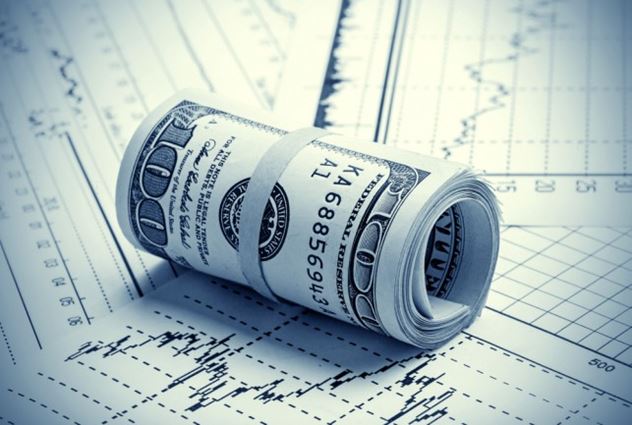 The US Dollar Index has been strengthening of late, based, it has to be said, on some highly suspect and skewed economic data.

Nevertheless, the Dollar Index does seem to have settled in 2015, into a range between 95-100 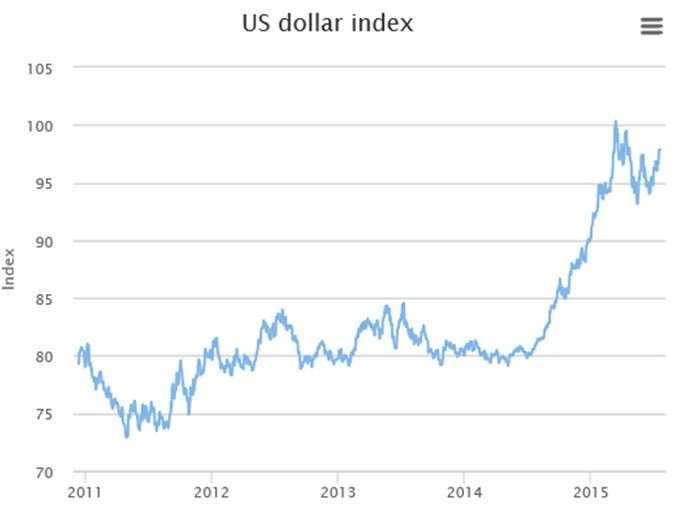 There is certainly an historic ‘inverse correlation’ between the US Dollar Index and the price of gold, one that many traders do use to regulate the level of their gold holdings. 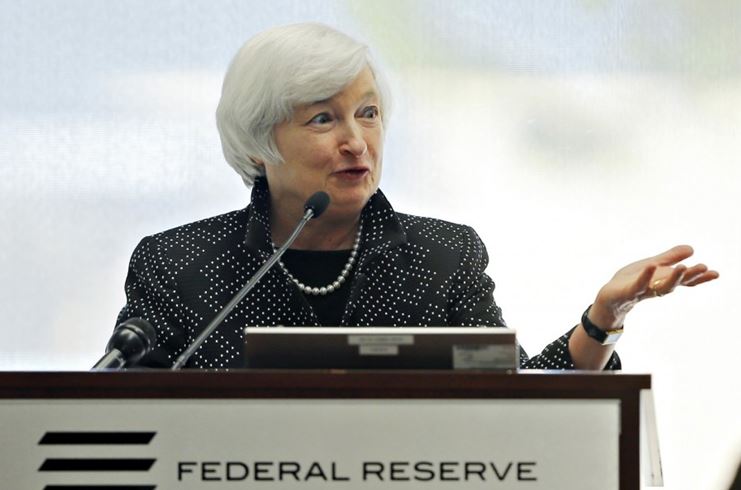 US Federal Reserve Chairman, Janet Yellen, has more than hinted that interest rates will rise by the end of 2015.

The Canadian Governor of the Bank of England, Mark Carney, has also signalled that UK interest rates could begin to rise in a similar time frame.

With interest rates having been locked at “practically zero” for many years now, and hence delivering effectively no returns, gold seemed like a convenient “store of value” place to “park” funds.

UK Interest rates have not remained so “unchanged” since the post-war Clement Atlee government of the 1940’s … but now that interest rates are threatening to finally rise, speculators are “shuffling their deck” and allocating funds (and metals) accordingly.

Whether such interest rate hikes are even possible, given the huge disconnect between ‘The Markets’ and ‘The High Street’ though, is a moot point, and actual rises remain to be seen. 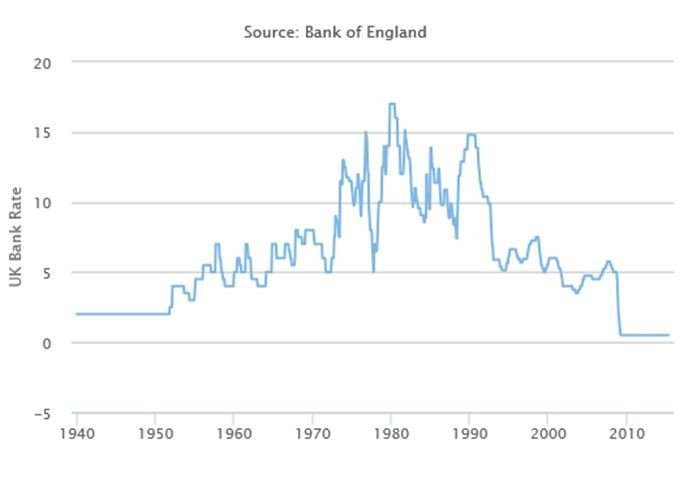 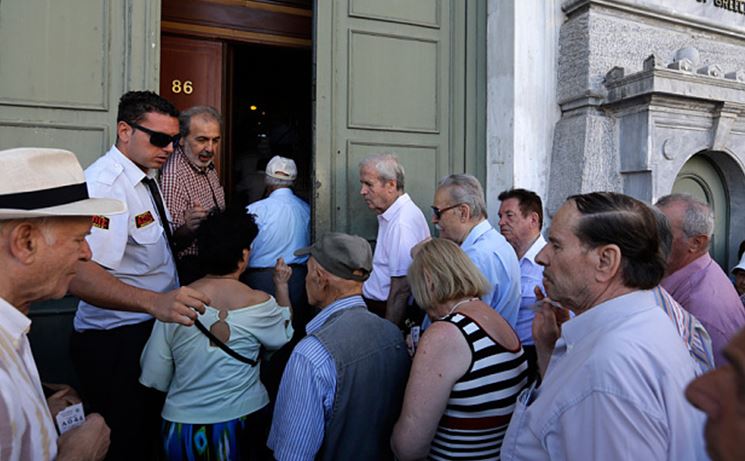 And finally, to Greece.

After months of uncertainty, the albeit cobbled together, imposed, “fake solution” to the Greek debt crisis, as well as as the hugely limited “re-opening of Greek Banks”, has been enough to take the immediate angst out the minds of many traders, and hence has taken yet another ‘flight to safety’ reason to buy gold, out of the equation too.

However long the current “extend and pretend” farce and nonsense can be carried on for, doesn’t change the immediate fact that to the minds of many traders, a ‘Grexit’ would have been a huge “unknown”, and hence this too consequently, has added to the flight from, and downward pressure on, gold.

As you can see, every one of the “factors” that have converged to suppress the price of gold, are Central Bank fabricated.

Until such times though as the choke hold that Central Banking has over both Politicians, and consequently the People they purportedly “represent”, the one-sided “news manipulation & manufacturing” will continue.