“Ever more wealth is being parked in fancy storage facilities. For some customers, they are an attractive new breed of tax haven.”

That’s the tagline for an article in this week’s Economist, that indirectly draws attention to the growing importance of freeports in the offshore finance and international asset protection sectors.

Given that I have some hands-on experience of these matters, I thought I should add a few comments to the article that might come in useful for our readers.

This new generation of freeports could just be that perfect solution for your business that you may not have thought of.

The meaning of the word “freeports” is definitely changing. First of all, courtesy of Wikipedia, here’s a good basic definition of freeports:

A free port (porto franco) or free zone (zona franca), sometimes also called a bonded area (US: Foreign-Trade Zone or FTZ) is a port, port area or other area with relaxed jurisdiction with respect to the country of location. Free economic zones may also be called free ports.

There’s nothing new about freeports: the best-known early example was the Hanseatic league, a trading group based on free ports and cities in northern Europe that started in the twelfth century.

In more recent history, these free ports or free economic zones have developed as trading and manufacturing centers for relatively

low-value goods. A good example is the Colon Free Trade Zone in Panama, located at one end of the canal where goods can be freely unloaded into the free zone with no need to clear normal Panamanian customs. They can then be traded and loaded straight back on to ships, or transferred in bond to the Tocumen international airport for export.

While Colon is mainly used for trading, other free zones are used for manufacturing. Around 70% of the exports of the Dominican Republic, for example, are manufactured in FTZs, with textiles and clothing being dominant. That said, the Dominican Republic has also passed enabling legislation for a free zone for financial services, the IFA Americas, a great idea that seems to be having problems getting off the ground.

The new generation freeports, however, are typically built alongside airports and are dedicated to storage of small, portable, high-value goods – things like gold bullion, art and antiques, documents, microchips, and who knows… even plain old cash.

To get an approximate idea of what we’re talking about, think of a traditional bank safe deposit facility – but instead of being located in the vaults of bank headquarters downtown, instead it’s at the airport so you don’t have to clear goods through customs to take them in and out of the country.

With most governments being more nosy than ever before, the chance to store your goods in a kind of no-man’s land where they don’t have to pass through customs is undoubtedly a very attractive feature of these facilities. An additional advantage, compared to traditional bank safe deposit boxes, is not having to deal with banks, their KYC requirements and the requirement to report a bank account to your home government!

The most impressive such facility already built in that in Singapore, that opened in 2010, and is now operating pretty much at full capacity. There you can rent everything from a tiny safe deposit box to a temperature-controlled wine cellar – that is, you could if they hadn’t rented out all their space already. Another such facility is under construction in Luxembourg’s Findel Airport, as described in the Economist article.

Readers who know may be familiar with the Panama Pacifico zone, the mission statement of which includes “ensuring the flow and free movement of goods, services and capital.” Panama Pacifico actually has its own airport, the former Howard base. It already has some major clients, such as Dell’s Latin American call center, but is looking to move more into storage and one of the companies we work frequently with in Panama already offers precious metals storage in Panama Pacifico.

There’s also a rumour that one of the Caribbean islands that offers economic citizenship programs is looking to develop one of these high value added freeports… though I’m not yet at liberty to say which one, I believe it should be interesting.

The Economist calls these new freeports a ‘Parallel fiscal universe’, describing them thus:

Freeports are something of a fiscal no-man’s-land. The “free” refers to the suspension of customs duties and taxes. This benefit may have been originally intended as temporary, while goods were in transit, but for much of the stored wealth it is, in effect, permanent, as there is no time limit: a painting can be flown in from another country and stored for decades without attracting a levy. Better still, sales of goods in freeports generally incur no value-added or capital-gains taxes. These are (technically) payable in the destination country when an item leaves this parallel fiscal universe, but by then it may have changed hands several times.

The ability to do business in freeports – to buy, sell and barter goods – is one of the greatest attractions, and the ports’ operators have not missed out on the demand. Meeting and viewing rooms are available and are becoming increasingly luxurious. The wealthy, says the Economist, are “increasingly using freeports as a place where they can rub shoulders…”

For those who don’t have time to travel or who still prefer socializing in Monaco rather than the notoriously foggy and grey Findel airport, there is always the possibility to trade goods online and simply have them shipped from one freeport to another as necessary – all avoiding the normal customs hassles associated with international shipping.

If we take a step back, however, these high value free zones are not quite so new after all.

They are just becoming better known.

Switzerland has been the industry leader for decades. The Zurich airport has warehouses and facilities where much of the world’s gold is stored, while Geneva has traditionally handled more of the high value walk-through traffic like gemstones and microchips. 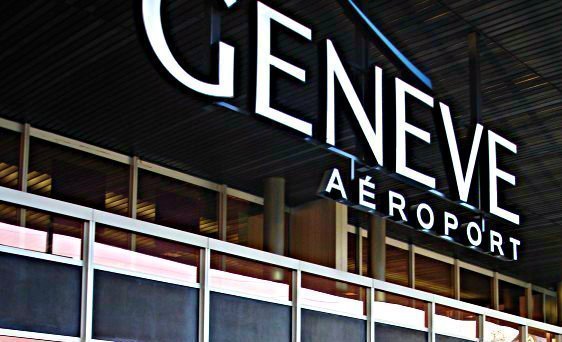 Geneva is already one of the few international airports that by international treaty has two different exits – one into Swiss territory, the other directly into France, so passengers wanting to enter or exit the EU can avoid going through Swiss customs and vice versa.

Whilst no-one has ever to my knowledge built an actual safe deposit facility in Geneva airport, the facility to store small, high-value goods there has existed for years: it doesn’t even cost as much as you might think, and you certainly don’t have to be a big international company or a Swiss customs broker to take advantage of it. You just set it up in advance, tell them what flight you are going in or out on, and a couple of men in suits will meet you airside and walk you to a special lounge where the business is done – all very James Bond style. You can also ship goods into these free zones marked “hold for pickup”. As you might expect, however, the Swiss are very discreet about this. The service is typically paid for in cash on the spot.

So, a new breed of tax haven? Or an already established one?

The fact is, as borders become less important in the future, more and more business will be done in the ‘parallel fiscal universe’ and we can expect to see more freeports being built around the world. In turn, they will create a network linked by air routes in which international business can be done. If you had never thought you could export your valuables from one country for safe storage without having to import them to another, now you know better!

For further advice and consultations on the use of freeports, don’t forget that Q Wealth Premium Members are entitled to free e-mail consultations, while all members have access to direct introductions to our team of experts, including Peter Macfarlane, who can help with your offshore structuring needs.