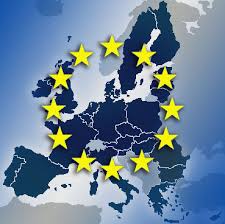 Britain is recovering, the euro is stable and the EU itself is taking baby steps toward a recovery … Think again. From an economic and investment standpoint it is important to know what is really going on in Europe, and why. It’s not pretty.

A recent article in the UK Telegraph is a good summing up of the situation, with one big exception that we’ll get to in a minute. The article entitled “So You Think the EU Debt Crisis Is Over?” makes a number of good points.

In fact, one needs to conclude from such reports (and common sense) that removing oneself from European investments would be a good idea indeed.

Perhaps staying away from the euro too, unless one wanted to sell it short. None of the “big issues” regarding either the EU or the euro have been resolved. Thus, even though certain industrial numbers seem to be creeping up, the reality is that these numbers are merely the froth of certain economic waves.

Below the surface trouble still looms. Here’s an excerpt:

The immediate threat of banking and fiscal meltdown in the southern periphery has receded, and after one of the longest recessions on record – six successive quarters of economic contraction – there are even tentative signs of recovery …

Though it is true that some form of equilibrium seems slowly to be re-establishing itself in the European economy, it is at such a deeply impaired level that it can scarcely be regarded as cause for celebration. Unemployment, already at intolerable levels in some eurozone countries, is still rising and money growth remains exceptionally depressed.

Nor is there any end in sight to credit destruction, with deeply negative implications for SMEs and future jobs creation. According to a new report by Royal Bank of Scotland, Europe’s banks need to shed a further €3.2 trillion (£2.7 trillion) of assets (roughly equal to annual German GDP) to comply with new international capital standards.

IMF research cited last week by the European Central Bank puts the eurozone’s “structural unemployment” rate – that is the unemployment that won’t go away even after the economy returns to normal – at a staggering 10.1pc, up from 7.4pc before the crisis. If correct, it means that any European recovery will be a largely jobless one.

Worse, barely a start has been made on the political, institutional and structural reform necessary to bring about a sustainable monetary union The best that can be said for the eurozone crisis is that it is merely dormant. At any moment, it could re-erupt.  Contrary to the more upbeat economic forecasts that are beginning to emerge, both from official and outside sources, this is quite likely to happen at some stage over the next year, for Europe’s crisis has always been as much political as economic and financial.

That Europe’s crisis has always been as much as political one as an economic one is often noted but seldom discussed. Much of the palaver regarding the euro focuses on bank problems and how much money can be gathered together to prop up bankrupt countries like Spain, Portugal and Greece.

The article goes on to mention that the EU is becoming more not less nationalistic and this will create further trouble for strategies regarding the euro and its solvency. Officials in Germany, a key bulwark of both the EU and the euro, are having increasing trouble selling pro-active German moves to sustain Euro-unity.

Germans, wary of Western schemes to ensnare German cash, are more aware than ever of plans to raid the German treasury either by outright confiscation or via price inflation courtesy of the European central bank. This is creating a German backlash.

But the biggest reason to believe that Europe is not involved in a long-term economic resurgence is because top Eurocrats have tried to short-circuit the business cycle itself. They’ve printed money and created bailout after bailout without ever letting the most damaged economies pursue cyclical purges to the end.

It is impossible to interfere with the business cycle in the long term. In a fiat money environment such as the one that Europe (and the rest of the world) is operating under, the excesses of money printing need to be firmly purged or distortions build up and businesses remain afraid to borrow and spend.

This is the reason for the so-called “jobless” recovery in Europe. Instead of letting winners and losers sort themselves by allowing the business cycle and its economic pruning to run its course, Brussels Eurocrats, like US economic officials, have inserted their own incompetent solutions. Hundreds of billions of euros have been thrown at the EU, its banks and its countries, but there is little to show for it but a seemingly ephemeral “stabilization.”

At best, the EU and the euro will manage to restimulate the corpse, but it is only a temporary measure. The patient will remain on life support. The real issue is indeed a political one, and messy besides. Brussels and European elites seek to continue the union; European non-elites are less apt to do so. The problem is made worse by European factionalizing. Some countries are more apt to support the EU then others.

But the basic problem is not wavering support for the EU or even a resurgence of nationalism that will make a political union even more problematic.

The basic problem is that UE officials and the ECB have not allowed the business cycle to fully purge the EU’s economy. So long as EU business and economic distortions remain because ruined concerns have not been allowed to go under, a true recovery will remain a chimera.

The Telegraph article concludes that, “Europe will remain economically depressed and crisis ridden for a long time to come.”  This is probably very true. And the attendant ramifications – industrial, economic, fiscal and monetary – are likely grim.

Articles provided to Q Wealth are original compositions not to be found elsewhere. He welcomes your comments at [email protected].