I had read in one of the classic ‘perpetual traveler’ books about how if you want to buy a passport in the Dominican Republic, you just ask any taxi driver.

I honestly thought it was some kind of joke until I went there. Then, I stepped out of the hotel, into a randomly-waiting taxi, specified my destination (the immigration office, of course!) and the conversation started.

That, of course, was almost twenty years ago and things have changed a lot since. Back then, taxi drivers and others were doing a roaring trade in selling dodgy passports to foreigners. The passports on offer then were undoubtedly false, or at best acquired through the back door, something that nobody should even think of touching!

Today, however, Dominican Republic citizenship is now granted in a high-tech, high-security facility, coincidentally located right next to the immigration office. They include all the modern security features, including the biometric chip.

Dominican Republic is still a good destination for those seeking a seeking a second citizenship on the cheap. I believe you still could acquire a Dominican passport for about $10,000, through completely legal and official channels, if you take yourself through the process instead of paying an expediter, and wait 4-5 years.

However, there may soon be another, faster option for intrepid second-passport collectors. On November 29th, Dominican president Danilo Medina declared an eighteen-month amnesty for undocumented foreigners in the D.R., along with an expedited naturalization process for those of them who can document certain ties to the country.

Why would anyone want D.R. citizenship? The most compelling reason for most of our readers would, I believe, be simple diversification – the classic argument of not putting all eggs in one basket, and not being the property of one government.

Beyond that, however, although it’s clearly a third world country, the D.R. might be a nice place to spend time and even do business. In my view it has the nicest beaches in the Caribbean, some of the most friendly people, and the living costs are much lower than on the English speaking islands.

Being a bigger country than the other islands, it’s well connected with eight international airports and plenty of flights to North, Central and South America and Europe. 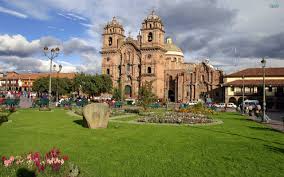 Beyond the beaches, however, D.R. also has beautiful and rugged mountainous territory, and its capital Santo Domingo is the oldest colonial city in the Americas, far better preserved than comparable ones such as Panama City.

And business wise, you might not have realized that Dominican Republic is a gold producing nation, a leader in free trade zones (including the Independent Financial Centre of the Americas, a free trade zone dedicated to financial services that is under construction). And, as the CIA Factbook says, “the growth of the Dominican Republic’s economy rebounded from the global recession in 2010-12 and remains one of the fastest growing in the region…”

Anyhow, I digress – let’s get back to the topic of how to get a second passport from the Dominican Republic.

For those not familiar with the reasoning behind the proposed new naturalization laws, it’s important to look at the historical perspective.

Dominican Republic is traditionally a country that encourages migrants – at one time, it even gave free land to European farmers to encourage them to immigrate and bring their technical skills with them. Its citizenship law has always been very liberal, allowing for naturalization after two years of residency, and dual citizenship has always been regarded as a basic constitutional right.

Now, however, it is coming under fire for tightening up its traditional liberalism. Undoubtedly, the country is becoming more selective about the immigrants it allows in. The unspoken rule is that wealthy foreigners are still welcome, but the government has been accused of human rights abuses against Haitian immigrants. While the D.R. has always had a sizeable ethnic Haitian population, the earthquake in 2010 led to a huge influx of Haitians which the D.R. frankly could not cope with.

In a series of ironic twists, some of the same critics of the Caribbean economic citizenship programmes for high net worth individuals, have turned around and started bitterly criticizing D.R. for not giving out new citizenships to Haitians. They seem to believe that it’s fine for a country to give out passports for free to all and sundry, but when it comes to using the grant of citizenship as a tool for attracting wealthy foreign investors, that’s somehow wrong.

I can’t quite get my head around this logic myself, but Ralph Gonsalves, Labour party prime minister of Saint Vincent and the Grenadines, is so upset about this that he wants Dominican Republic thrown out of a whole bunch of regional organizations!

The conclusion of this controversy is yet to be seen, but as I wrote a few weeks ago about Hungary, when countries open up mass naturalization programs for political reasons, opportunities often exist. The law will certainly not be drawn up to favor exclusively Haitians, since that would be completely unacceptable politically. It will therefore be more of a general amnesty for those already in the country who want to acquire citizenship.

Perhaps it is time for an exploratory trip to the D.R.?

If you are interested in getting together with other Q Wealth members for this, please get in touch with Frederick or Aubrey or leave a comment below to express your interest and we will try to schedule something in the not too distant future.

Don’t forget also our other Caribbean trip for members, to Antigua and Barbuda, St Kitts and Nevis, and Grenada, taking place in February 2014, during which time we’ll be introducing you to key politicians, bankers, and citizenship-by-investment experts.