Our world is made up of fractals, from the formation of leaves and shells, to the make-up of the universe itself. The human body is based on fractals too, as is the process of birth itself: we are all born from within, rather than arriving from “outside”.

In nature, nothing is imposed.

What relevance does this have on the “Decentralization Shift” from fiat currency (the one used by all central banking systems) to the use of digital commodities – or virtual currencies – that we talked about earlier this week? 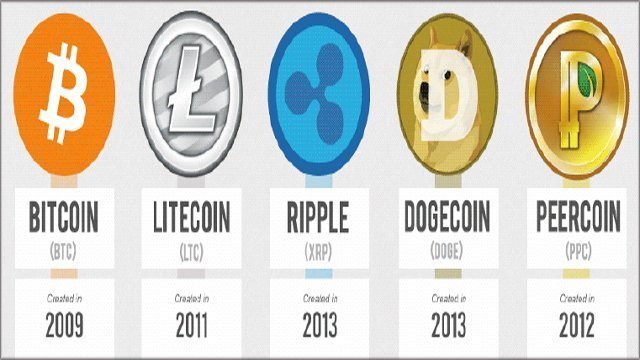 The answer is simple. Digital Commodities are an idea that has sprung from the ranks. That idea will only grow into fully-fledged “currency” when those ranks understand it, start using it, tell each other about it, enjoy it. We’re not at that point yet, not by a long chalk, but it will come.

A revolution from within.

There are of course, plenty of detractors. This is a whole new world, a new concept that breaks boundaries. Any concept can be damaged in its infancy, and there is a chance that some of the first shoots will be frosted; but winter inevitably gives way to spring in the natural (unhurryable) course of events.

In the short term you can expect plenty of negative publicity. The media will tell you that you should not touch virtual currencies with a bargepole, that they are the tools of the bad guys. This negativity is to be expected. All revolutions meet with resistance from the establishment, because the establishment has a vested interest in maintaining the status quo that it has feasted on at the expense of hoi poloi.

There will be resistance from hoi poloi too. The subconscious minds of billions of people have been carefully groomed to accept the statements of their politicians, teachers, doctors and other authority figures. Right now John and Jane Doe are predisposed to continue using the old banking system simply because they are used to it. It’s become a muscle-memory.

On top of that we have been sold the line that the main banks are “too big to fail”.

The chaps who had Goliath on their side thought the same thing.

This is not a bad analogy, although digital commodities are in no way attacking the giant corporations and central banks. They’re simply doing their own thing, growing up from the seeds of an idea. When enough people grasp that idea, there will come a tipping point and the old giant will crash to the floor, or at least be changed to a very different animal; one that can no longer push everyone around.

Of course, not all of them will succeed. As with all new ventures, some will fail due to poor planning, some will fail because they are set up to do so, but some will flourish and become household names.

Why Digital Commodities will succeed where gold and silver couldn’t.

Gold and silver have never threatened the supremacy of fiat currency simply because they’re hard to use. It’s not easy to go into a supermarket and buy a pound of carrots by hiving off a sliver of gold from a nugget. Digital commodities, however, are naturally designed to be used this way.

All it will take is for major companies to get on the virtual currency bandwagon and things will change fast. The trend has begun, with Dell, Microsoft and even some high street shops now accepting bitcoin. The word is that Amazon are considering it right now. This time in a few years you may be able to load your unwanted change into an ATM at the airport and stroll across to Starbucks to buy a coffee with bitcoins.

The r-evolution will start slowly, but when it catches it will spread quickly, because it will be born from within the minds of each individual, not imposed from “the top”.

Think of it like the Golden Spiral. Initial increases are tiny, but suddenly the arc opens out, touching points far from the original inception with ease and grace.

Coming soon: watch out for details of our full concierge service for those who are interested in either using or investing in digital commodities. 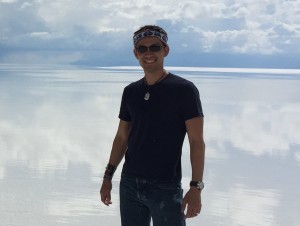 Already available to QWealth members is a new free report: Bitcoin in English. Written by Peter H Le, this is a straightforward, no-nonsense guide explaining exactly what bitcoin is. Next month we’ll be adding Peter’s second report, which shows you how this new currency works.

Not a member? Click here to find out more…