The Coronavirus – or to use its official name, Covid-19 – has been at the top of global headlines for the past month.

The number of deaths caused by the virus currently stands at around 2,630, most of which have been in or around the epidemic’s epicenter in Wuhan, Hubei Province, China.

Over the last 48 hours, upwards of 50 people are reported to have died in the Iranian city of Qoms from the disease: the most intense outbreak and fatality rate outside of China seen so far, though the numbers have been disputed by the Iranian government.

Around 80,000 people are known to have been infected with the disease globally, and over 25,000 have recovered.

If you want to keep up to date with the statistics, you can find live information on its progression on this website.

However, although it is both serious and tragic, we’re not going to go into the details of the direct impact of the virus on human health.

Instead, we’re going to:

Apocalypse now? Wuhan CBD viewed from across the Yangtze River.

Last Friday, the Wall Street Journal ran a piece outlining how the epidemic has affected global economic health, concluding that the impact has so far been “muted”.

However, in an indication of how fast circumstances can change, the weekend saw a ballooning in the number of infections worldwide.

This worrying development caused the price of gold to hit a seven year high, proving once again that gold is the go-to asset in times of crisis. Global stocks tumbled when trading commenced on Monday morning.

For paid members who have not yet read our Gold Report, you can access it here.

That being said, the full scale of the economic consequences in the countries that have been hardest hit will likely only emerge months after the crisis has ended.

Many businesses in China or other areas in ‘lock down’ have been forced to cease operations, have had access to customers severed, or cannot source the resources they require due to quarantine measures.

For these businesses, the final toll of the virus will depend on just how long quarantine and travel controls are maintained, and whether they have enough of a financial cushion to make up for business lost.

Many companies may simply not have the funds to pay their rent without some kind of government assistance, and the knock-on effects – such as large scale lay-offs and a collapse in real estate prices due to mass bankruptcies – can potentially be catastrophic.

China’s economy has already been forecast to decelerate to 4.5% growth for the first quarter of the year, which is the slowest it has been since the Global Financial Crisis.

Furthermore, the impact of the virus is likely to be severely compounded if it spreads in a substantial way to more Asian economies.

South Korea has in the past few days seen a dramatic increase in the amount of infections there, and Japan is also seeing significant economic, and even political fallout, from the handling of the epidemic.

The scale of Covid-19’s economic impact cannot be fully appraised until after the crisis is over.

What can be certain is that decreased economic activity in affected countries will not be good for anyone, and will inevitably have negative knock-on effects on the global economy as a whole.

This is especially the case when considering that the region it is currently affecting most – East Asia – accounts for a huge chunk of global GDP, and drives demand for a wide range of goods from around the world. 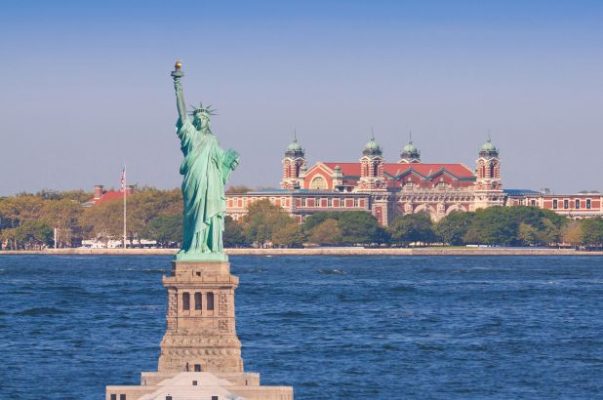 Land of the Free?

What would happen if Covid-19 hits the West in a big way?

So far, there have been relatively few cases of the virus in western countries. Until last weekend, there were under a hundred infections in both the EU and US combined.

However, that does not mean that the virus will not reach pandemic proportions globally, and Italy has recently reported a significant upsurge in infections.

As of Monday, the number of infections in the US and Europe combined has jumped to around 300, and there are now 8 fatalities: a Chinese tourist in France and seven people in Italy.

What is particularly worrying about the Italian cases is that medical investigators have not been able to establish the source of some infections there, with no apparent connection between many new cases and areas with high infections, like China.

So what would happen if tens of thousands of people started becoming infected with the virus in the West?

Would governments enact draconian quarantine measures, creating the kind of post-apocalyptic scenes we have been seeing come out of China?

That’s a good question, and the answer is probably… Yes.

In fact, Italy has already locked down 10 towns and imposed travel restrictions on more than 50,000 people.

Will they be able to achieve it with the same kind of mass-scale efficiency that China has been able to?

That’s another question, and depends on many factors; from the organizational resources and power a given state wields, to the strength of opposition to the move.

However, generally speaking, when push comes to shove, it doesn’t matter if a country has democracy or not.

The state is an animal that tends to write its own rules, and generally those rules can grant it sweeping power over the people that live within its territory during times of crisis.

In the US, the Center for Disease Control (CDC) can obtain sweeping powers to quarantine people, and the EU is not much different.

So from our perspective, what has happened in China is not simply the result of an undemocratic political system; it’s the result of a state acting in what it considers to be its own interest, framed as the ‘common interest’, and often at the expense of individuals.

And that can be expected from any state throughout the world.

Whether or not forced quarantine and travel restrictions are justified in the case of Covid-19 is a debate and question that is beyond the scope of this article.

What is sure is that the decision to enforce these kinds of measures could be taken anywhere, and is just another reason to always have an exit strategy from wherever you happen to be. 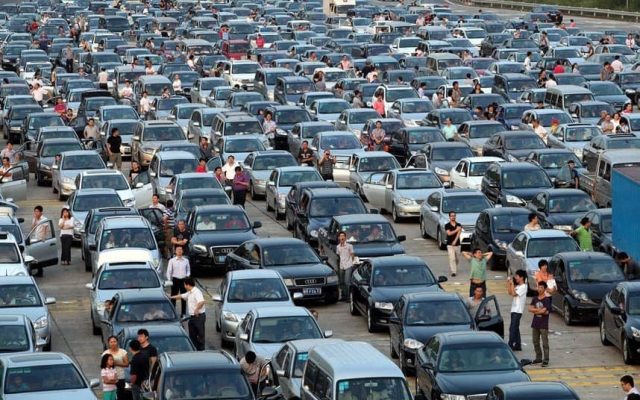 A traffic jam in China

The most significant impact of the Covid-19 epidemic is likely to be political, social and economic, rather than simply medical.

The Chinese government has come under heavy scrutiny for both its initial handling of the outbreak, and the heavy-handedness that has followed.

The death of Li Wenliang, a whistleblower doctor who first raised the alarm on the virus, only to be sanctioned by the government before contracting the disease and dying from it, became a top-trending topic on Chinese social media.

That is a big deal in a country where criticism of the ruling party is taboo, heavily censored and normally an activity reserved to a small niche of dissidents.

With a scary crisis such as this one, people start to look for ways out, should conditions deteriorate further or something similar happen again.

And that’s where a second passport or residency would come in very handy.

Once infections start rising, and travel restrictions and quarantines begin being considered, it’s highly unlikely embassies are going to start processing and issuing visas for you.

Having a fast route and exit plan out of an area with rising infections can mean the difference of getting stuck in quarantine, or making it out.

Chinese citizens are not permitted to have dual citizenship. The Chinese government effectively states that their citizens cannot simultaneously be a citizen of another country.

However, Chinese citizens can obtain and hold residency status in a foreign country, and many choose to do just that for the range of benefits it can confer.

Residency by Investment programs in many countries offer fast-tracks to permanent residency status through investment in assets such as real estate, often for just a few hundred thousand dollars and without the need for actually living in the country.

This grants people benefits such as visa-free access to the country (and often other countries), the ability to open a local bank account and access to public healthcare.

Once the Covid-19 epidemic has peaked and travel restrictions have been lifted, we expect to see an upsurge in middle and upper class Chinese citizens looking for second residency options, which they know they can use if things go south once again.

That is the logical step anyone who doesn’t want to be held hostage to the whims of a single government would take.

And if you happen to be from a country that does allow dual citizenship, you would be highly advised to look into what options would be available to you for obtaining a second passport.

With a second passport, you become the responsibility of a second government, which can provide sanctuary and ways out to its citizens in your place of residence in times of crisis.

If you haven’t yet read it, our free 2020 Survive and Thrive Guide outlines a selection of second residency options.

And the topic of Second Residency and Citizenship will be the focus of our next Member Report, to be released next month.

Have you been affected by the Covid-19 epidemic in any way? Do you have a story of how a second passport or residency once helped you?

Please get in touch and tell us about it.