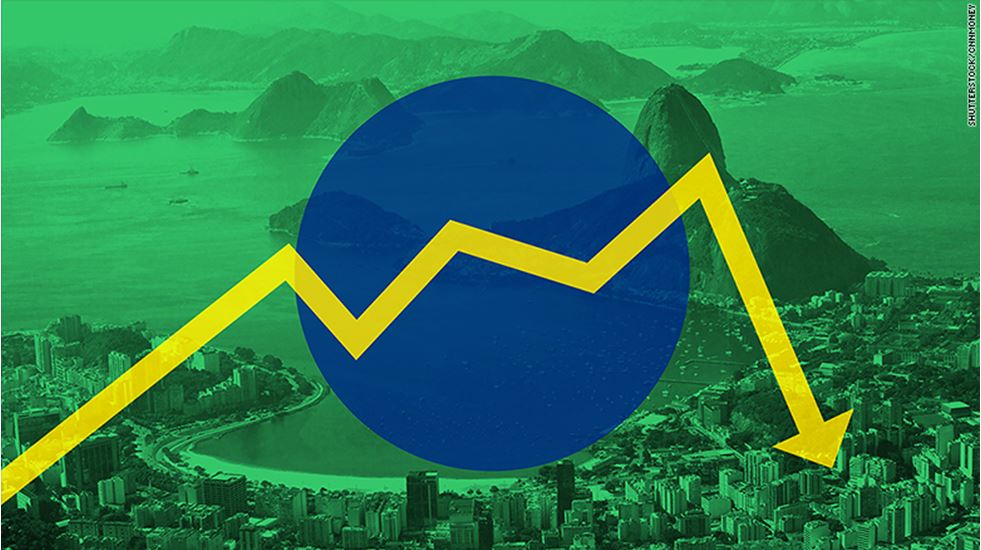 We thought that Readers and Members alike, might like to look over his assessment of the current situation in Brazil. It certainly makes for sobering reading.

You may remember that The Q Wealth Report recently posted a report on the effect that Federal Reserve policies have had on the “Emerging Nations”.

Brazil is clearly a prime example of that, and so perhaps it is worth taking a closer look at what has happened there.

“For about a decade there, Brazil was the Latin American country that got it right.

Under a socialist, but apparently reasonable government, they kept their budgets under control, managed the population shift from farm to city, and developed some efficient export industries, that brought in plenty of hard currency.

The Brazilian Real held its own on foreign exchange markets, and inflation was as a result, moderate.

Then it all fell apart.

The US dollar spiked, commodity prices tanked, and it was discovered that a whole range of big local players were gaming the system in various ways, sparking a corruption scandal that reaches all the way to top.

There are calls for the impeachment of the President, and rising speculation that the Finance Minister, unable to get spending cuts through the legislature, is about to quit.

The latter’s departure will remove the last prop from Brazil’s investment grade Credit Rating, making it even harder to borrow, necessitating even bigger spending cuts, and sending the country into a stereotypical Latin American death spiral.

Just in time for it to host next year’s Olympics!

A big part of the problem, is the decision by major Brazilian companies like oil giant Petroleo Brasileiro, to fund their rapid growth by borrowing tens of billions of US dollars.

When the Real was rising, and dollar Interest rates were low, this strategy was a double winner.

But, when the Dollar spiked in 2014, the true cost of those loans went through the roof.

In this sense Brazil is one of the high-profile casualties of the currency war.

And with the U.S. about to raise rates, while most other countries lower theirs, it’s only going to get uglier.

Which means (here’s why this matters beyond Brazil itself) the big US Banks and other major creditors, are looking at multi-billion-dollar losses in 2016.

Turns out that China has been on a lending spree in Latin America, extending more than $100 billion in credit, to various state-run oil and mining companies since 2005.

And whenever there’s a South-of-the-Border crisis, Citigroup, Goldman and JP Morgan are in the mix, demanding a bail-out, so year-end bonuses aren’t affected.

The Mexican Peso crisis of 1994 was, in fact, the genesis of the ‘Greenspan Put’, that turned the money center banks into giant hedge funds.

So Brazil will illustrate the differences between now, and then — if there are any.”

Brazil’s currency is plummeting, the number of unemployed is rising, and the stock market is down fully 20% from last year.

President Dilma Rousseff, has seen her personal approval rating plummet to 8% – the lowest for any leader since 1992, when Brazil’s then President was impeached.

This past Friday, it was officially acknowledged … Brazil has sunk into recession.

The economy contracted 1.9% in the second quarter of the year, compared to the first quarter.

It was the second consecutive quarter of contraction, thus tipping the country into formal recession territory.

Year on year, the economy has shrunk by 2.6%, by far Brazil’s worst result for many many years.

So why is the second largest economy in the Western Hemisphere now in such bad shape?

Firstly, Brazil exports a huge amount of raw materials and commodities to China. As the Chinese economy has slowed down, as they transition to be more self-reliant, China needs fewer exports from Brazil.

A further reason, is that Brazil’s state-run oil company, Petrobras, is embroiled in a massive corruption.

Problem being, that President Rousseff served on the board of directors of the company from 2003, right up to 2010, and she, along with other members of her political party have been implicated in huge multi-billion dollar money laundering scandal, that involved numerous oil, business, and political leaders in the country.

Thirdly, as we hinted at in recent Q Wealth Reports, the price for all of Brazil’s key commodities, like oil, coffee, sugar, and various metals, have crashed, and in the final analysis, it has been these key commodities that have acted as the engine, driving Brazil’s economy.

As the recession bites, Brazilians have been on the streets, holding rallies calling for the President’s impeachment

In July, as the Petrobas the scandal worsened, police also arrested executives at the country’s state utility company, Electrobras, also charging them with being involved in money laundering at Petrobras.

As investigators dig deeper, whole new “cans of worms” are being discovered.

No outside investor like to hear of such scandals, and on top of the obvious declines in income, inward investment has fallen by nearly 12% compared to last year, and exports are down by the same percentage.

As John Rubino highlighted, obviously these events were bound to affect the currency, and the Real has lost 25% of its value against the dollar so far this year.

But it is Brazilian companies that have borrowed in U.S. dollars, and took the “poisoned pill” of Federal Reserve backed “debt time bombs” that have suffered the most.

It seems that despite the rhetoric and hot air from politicians and Central Bankers, about their desire to end Boom & Bust cycles, the facts on the ground speak for themselves. The steal-th extraction of wealth from Emerging Nations continues, as it has always done since these countries were “discovered”. Only the guise under which the extraction is hidden, has changed.