The IRS has moved to tax Bitcoin, announcing today that Bitcoin is to be taxed as property.

Choosing to classify Bitcoin as property and not a currency, the IRS has saddled Bitcoin enthusiasts and investors with a new income tax liability.

“It’s challenging if you have to think about capital gains before you buy a cup of coffee,” said Pamir Gelenbe, a venture partner at Hummingbird Ventures, which invests in technology businesses.  Mr. Gelenbe made this statement to show that the IRS’s decision could reduce the volume of transactions conducted with the virtual currency.

The official notice, Notice 2014-21, applies to both current and past transactions involving Bitcoin. 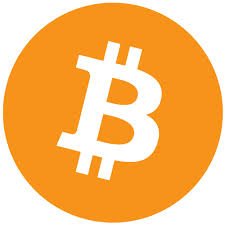 A summary of the new tax rules from the Wall Street Journal includes:

How is virtual currency treated for federal tax purposes?

Bitcoin and other virtual currencies are treated as property, not as a currency. Therefore, an investor who buys Bitcoin would typically have a capital gain or loss when it’s sold but wouldn’t have foreign-currency gains and losses.

If Bitcoin had been ruled a currency, it would have been subject to a complex tax regime in which 60% of profits are considered capital gains and 40% are considered ordinary gains for most taxpayers, according to Jonathan Horn, a certified public accountant practicing in New York.

If a taxpayer receives a payment in virtual currency, is it considered income?

Yes, the fair-market value of the currency (in U.S. dollars) on the date the payment was received is considered to be income. For more information on exchange rates, see the notice.

Does a person who makes a payment using bitcoin have a gain or loss on the transaction?

Yes, typically. For example, say a person buys $5,000 of Bitcoin, which then doubles in value. If she then uses the Bitcoin to pay a $10,000 tuition bill, she could have a $5,000 taxable capital gain on the transaction.

This clarification means that people who use Bitcoin in small amounts, such as to buy a meal, could face onerous record-keeping issues.

Is a person who “mines” a virtual currency considered to have received income?

Yes, and if the taxpayer engages in mining as a trade or business, self-employment tax is often due.

Bitcoin investors will now be treated like stock investors. Bitcoins held for more than a year and then sold would face the lower tax rates applicable to capital gains — a maximum of 23.8 percent compared with the 43.4 percent top rate on property sold within a year of purchase.

Bitcoin miners will have to report their earnings as taxable income with a value equal to the worth on the day it was mined. If they mine as part of a business, they would have to pay payroll taxes as well.

Things get pretty murky when you consider how Bitcoin is actually used.  Someone who is using Bitcoin to make a payment, especially if they are only holding it for a short period of time, is using it like a currency.  It is problematic to treat it like a commodity when you have people purchasing Bitcoin in dollars, only holding them for the few minutes it take to go from point A to point B and then selling the Bitcoin for Yuan or Euros to make a payment to a merchant.

As that time lag shrinks and the time a person actually holds Bitcoin drops to seconds or even micro seconds, this taxation will become onerous.

Unsurprisingly, the U.S. isn’t that only country moving to tax the cryptocurrency.

Japan, still reeling from the collapse of Mt. Gox, is yet to announce how they plan on taxing Bitcoin and the Japanese government is seeking co-operation from the international community to seal up any loopholes.  It looks like they will find friend in Norway, so far the only other country to follow the U.S.’s lead.

“The danger is the creation of an electronic black market, similar to the cash economy,” Joshua Blank, a tax law professor at New York University, said in a December interview. “That’s what the IRS wants to avoid.”

Let’s all be thankful that the IRS has saved us from this terrible danger.  (So we are clear, that was definitely sarcasm)