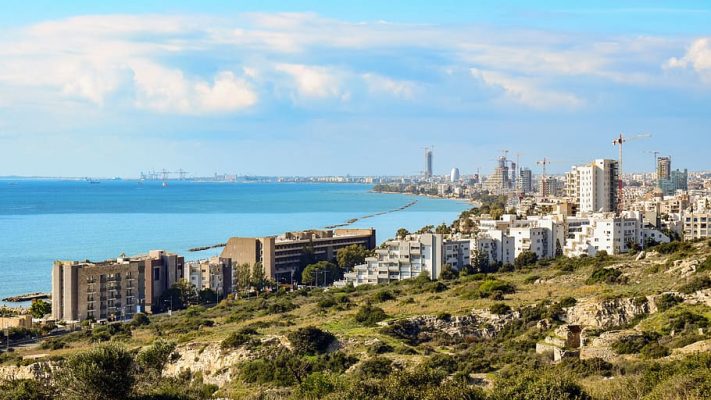 The growing skyline of Limassol, Cyprus.

In late August, leading global news network Al Jazeera released an “exclusive” investigative series into what it alleged was a massive scandal perpetrated by the Cyprus government to provide international criminals, corrupt politicians and fugitives with Cypriot passports in return for cash.

Dubbed “The Cyprus Papers”, the series – which has its own special section on the Al Jazeera website – quickly became a major, internationally-trending topic. The opening article led with the following statement:

“Al Jazeera’s Investigative Unit has obtained a major leak of documents it is calling The Cyprus Papers.

They show that convicted criminals and fugitives are using the Cypriot citizenship-by-investment scheme – or the “golden passports” – to buy their way into the EU.

And the list is long, there are 2,500 people who paid to become new citizens of Cyprus with the added perk of being able to live and work anywhere in the bloc.”

Followup reports have provided detailed insights into some of the individuals that had received Cypriot citizenship through its CBI program, which Al Jazeera’s investigative team claimed included convicted criminals, politically exposed persons (PEPs) and others with opaque or suspect backgrounds and histories.

Now, let’s be clear: some of the people mentioned in Al Jazeera’s list are convicted criminals, who have gotten up to all kinds of bad behavior.

But while the report presented its findings as some kind of smoking gun that proved the government of Cyprus colluded with criminals to give them access to the EU – for a price – the reality is more complex, and probably less exciting.

In fact, according to a recent report by Civitas Post – an independent, London-based think tank specialized in Investment Migration – the allegations made by Al Jazeera are exaggerated at best, and politically motivated at worst.

Al Jazeera’s report identified 97 individuals who had been granted citizenship and who it deemed to be high risk. However Civitas Post found that only 43 of these individuals actually had criminal records; the rest were just people with political connections, known as Politically Exposed Persons (PEPs). And of those with criminal records, nearly all of them had been convicted of a crime after having received Cypriot citizenship.

For example, according to a report by The Cyprus Mail, Al Jazeera’s list of 97 allegedly high risk individuals actually included:

Furthermore, Cyprus had also just recently revised its law to prevent individuals who are simply under investigation for a crime from being granted citizenship, and to prevent PEPs from applying if they had held office in the 12 months prior to their application.

The Civitas Post report also applauded Cyprus’ attempts to increase regulation of its CBI in order to appease EU regulators, and to create more robust processes for vetting applicants.

So what was the reason for all the furore? The answers are complex.

For starters, there is the geopolitical dimension:

Since it was invaded in 1974, a third of Cyprus has been under military occupation by Turkey. Tensions between the country and its large northern neighbor have hit fever pitch in the last few months as Turkey has sent drillships accompanied by warships to explore for natural gas in Cyprus’s Exclusive Economic Zone (EEZ).

The situation has threatened to spark a conflict with Cyprus ally Greece, and has caused a major political headache for the EU, which has strongly condemned the Turkish moves.

There is speculation that the Al Jazeera report was released in order to put further pressure on the Cypriot government, as Turkey is a major ally and backer of the state of Qatar, which owns Al Jazeera.

Then there is the broader anti-CBI sentiment that exists within the central EU institutions in Brussels and its more powerful member states, which view the CBI programs of countries like Cyprus and Malta as essentially selling EU citizenship and a backdoor access into the bloc for third country nationals.

The anti-CBI stance maintained by the EU establishment is presented as a defense of the sanctity of EU citizenship and values, which should be earned instead of bought and sold.

The reality is probably more about how CBIs offer a way for smaller countries to take advantage of their membership in a way that sidelines the central EU authorities – in particular the European Central Bank (ECB), and offers revenue streams that make those countries less reliant on the ECB’s control of their finances.

Nevertheless, concerted anti-CBI propaganda over the years has managed to depict the industry as operating in an opaque zone populated mostly by criminals, crooked politicians and unscrupulous agents, giving Al Jazeera a relatively easy platform to ride on with its story.

Cyprus has long been a desirable location for foreign companies and individuals to set up shop or settle down. With relatively low taxes, good infrastructure, great weather and a largely English-speaking population, the country offers a wide range of benefits for its citizens, including visa free travel to 176 countries globally and access to the EU single market.

When the country experienced its worst financial crisis in history in 2013, the government ramped up its CBI scheme, and began to view it as a potentially major source of revenue.

The country’s current CBI program is one of a number of iterations that have been introduced through the years, with the latest being launched in 2016. While the government doesn’t report exact figures for the amount of revenue generated through its CBI, estimates put the figure at anywhere between €4.5-€8 billion since 2013 – a hefty figure for a country with a GDP of around €24 billion in 2019.

In order to gain access to Cypriot citizenship, applicants need to make an investment of around €2-2.5 million euros. Most applicants choose to invest in real estate, but it is also possible to invest in a Cypriot business or other qualifying sectors. Applicants need to also make one-off donations to the Cyprus government totaling €150,000, and must maintain a permanent residence worth at least €500,000.

The program’s popularity is evidenced by a quick glance at the skyline of the country’s major port city, Limassol: dozens of new skyscrapers are under construction following a lifting of a restriction on building height by the business-friendly government a few years ago, as well as the legalization of casinos and other deregulatory measures aimed at attracting foreign capital.

Most of this money is coming from Russia, and to a lesser extent China, followed by a selection of other third countries. Cyprus is considered an ideal location for many Russians due to its tax regime (though its double taxation treaty with Russia is currently the subject of a complex dispute, which will be covered in a future article), shared Orthodox Christian culture, and good weather.

And the Russians’ favorite city is Limassol, which has been dubbed ‘Limassolgrad’ by the locals. The influx of Russian money – and the enrichment of a handful of local developers who cater to the needs of wealthy foreigners searching for land and apartment blocks to invest in – has not been welcomed by all, with some local residents blaming this influx of money for rocketing rental prices.

But at the same time, Cyprus has been able to bounce back from its deep financial crisis in 2013 with impressive speed, thanks in no small part to inflows of foreign capital.

Indeed it has also been argued by a respected industry expert – who we will be featuring in our next members’ report – that it is in fact the EU’s major economies that benefit the most from its smaller member states’ CBIs, as they end up receiving the most investment from third country nationals who obtain EU citizenship through them.

While CBIs around the world continue to be demonized in much the same way as offshore banks or companies, it’s important to put these criticisms into perspective, and to understand how these internationalization strategies offer benefits to both individuals, companies, and the local economies that support them.

The reality is that the vast majority of individuals who obtain second citizenship, open foreign bank accounts and set up offshore companies are not criminals. They are simply people looking to free themselves from the restrictions and sole purview of the state in which they happen to have been born, and to take advantage of the possibilities available beyond their borders.

Attempts to portray the desire to do so as indicative of some kind of criminality should be viewed with extreme caution. And as the global CBI market continues to be reformed and improved, there is hope that the industry will become more accepted, and by extension competitive.