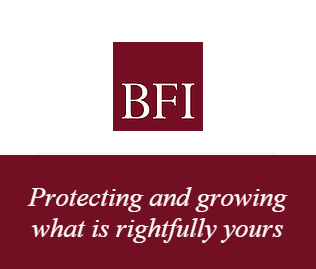 By Dirk Steinhoff and BFI Wealth.

In the second quarter of 2105, we saw a jump in yields across the board. The yield of 10-Year US Treasuries jumped from 1.9% to 2.4% over the course of the quarter, representing a yield increase of 50 bps. This led to a decline of almost 2% in the Bloomberg US Treasury Bond Index.

In Europe the development was much more dramatic; over the quarter, the Bloomberg

It is not completely clear what sparked the massive yield increase in Europe. It might have been a technical correction due to the very high prices bonds were trading at, increased risk aversion towards Europe due to the situation in Greece (Bill Gross even called shorting German bunds “the short of a lifetime”), or possibly aggressive short positions by some investors.

We therefore need to consider a few important questions in connection with interest rates.

First of all, it is important to put the development of the last quarter into perspective. Both the US and German 10-Year government yields are still at very low levels. Although we don’t know when the interest rate environment will change, in our view it is still too early to call it the normalization of interest rates after the recent yield development.

This is especially the case when we take into consideration that since 2009 we have seen four quarters where the yields increased by more than 20%, but were then followed by new lows.

When we take a long-term look at the development of 10-Year Treasury yields, as depicted in Figure 1, it becomes clear that, excluding some variations, over the past 30 years, yields have been heading in only one direction: down. And this might continue or at least interest rates could stay low for some time.

A Look around the Globe

As we have mentioned in the beginning of the article, the yield developments in Q2 were not identical across the board. The Eurozone saw a considerably stronger spike in yields than the US did. It is therefore important to differentiate between different countries and regions, when it comes to assumptions related to interest rate developments.

In this context, let’s have a closer look at the United States, Europe, Japan and China.

With the exception of the US, where the yield increase is possibly related to an anticipated rate hike by the FED, the developments of the previous quarter are not related to a rate hike by a central bank, but rather price changes on the secondary market. It is our understanding that a real turnaround in interest rates will take place when central banks start to hike rates, which is precisely why we will spend some time looking at rate hikes here.

From the countries mentioned earlier, the United States seems closest to a rate hike. However, this does not mean that we expect an imminent and substantial increase in rates any time soon. The US was the first country to start with its QE program in

November 2008, ended it in late 2014 and has in the meantime seen a visible economic recovery.

Unemployment figures are currently at 5.3%, close to what the FED considers full employment. Inflation is expected to reach 2.2% next year, which is close to the target inflation rate of 2%. Although downward revisions to GDP expectations have taken place, the economy seems robust and is expected to grow 2.2% this year and 2.8% in 2016.

All indications are that a rate hike would be appropriate. Yet, many other countries are still in “QE-mode” and an increase in rates would make the US Dollar more attractive in relation to other currencies, resulting in a burden on the US economy and US companies. We therefore believe that an increase, if any, is likely to come in homeopathic doses and could even be reversed should the economic condition worsen.

Europe just started its asset-purchasing program in March, 2015, and the balance sheet is still around 800 billion below their target of 3.3 trillion Euros. The official aim of the European QE program is to provide liquidity to the banking sector to jump start lending and thus increase economic activity. The unofficial aim, in our view, is to depreciate the Euro in order to increase European competitiveness.

An increase in rates now would be a counterproductive measure for both the official and unofficial aim because rate hikes throttle lending and increase the relative attractiveness of a currency. It is therefore very unlikely that a serious rate hike would be implemented by the ECB anytime before the current program runs out in September, 2016.

The QE program in Japan, dubbed “Abenomics”, is starting to show first positive results. Japan has left the brief recession of last year behind and grew by 3.9% in annualized terms in Q1 of 2015 and is expected to grow well into 2017. After having seen decades of deflation and having one of the largest debt-to-GDP ratios, we highly doubt that the Bank of Japan will increase rates at the first sign of a slight economic recovery.

China’s economic indicators are being revised downward. GDP growth is expected to decrease from 7.4% in 2014 to 6.5% in 2017 and export numbers are showing weakness. Additionally, we believe that the property downturn is likely to continue.

Taking the above-mentioned into consideration, it is understandable why China has started to loosen its monetary policy. Since Q4, 2014, the People’s Bank of China (PBoC) has reduced lending rates from 6% to 4.85%.

Furthermore, since the beginning of 2015, reserve requirements for banks have been reduced twice. Both of these steps are monetary instruments used for loosening monetary policy. Due to the weak economic data, coupled with the fact that bank-lending rates in China are currently between 7-8% in real terms, we believe that the PBoC is likely to further reduce rates and not increase them for the time being.

Where do we think Interest Rates are Headed?

As we have outlined above, we believe that different countries and regions are at different stages in their monetary policy and a one-size-fits-all answer to the question where interest rates are headed cannot be provided. Nonetheless, we do not believe that an increase on a wide scale would be economically feasible for the time being and there are substantial risks involved due to high debt levels.

Q Wealth has a long association with BFI and all our members now receive quarterly reports from them as part of their membership. To contact BFI direct, use the details below. To enrol as a Premium Q Wealth Member and receive our full library of reports and discounted services, go here