Good Evening … my name is The Mad Hatter, and here is the news …

… exactly as it appeared on the Reuters website, only a few moments ago!

“UK shares had their biggest one-day gain in a week, on Thursday, boosted by a commitment from ECB chief, Mario Draghi, to boost the Central Bank’s ‘Asset-Purchase Programme’, if needed, to offset the effects of a riskier economic backdrop.

“It looked to me as if (Draghi) was extremely dovish, in his perception of the economic environment,” said Jeremy Batstone-Carr, analyst at Charles Stanley.

“The market is also of the opinion, that the ECB, without wishing to be bounced into a knee-jerk policy response to what’s happened … is expressing some disquiet, about the continued weakness in the oil price, and of course, obvious weakness across emerging markets, and in particular, China.

Where to even begin in deciphering such mad hattery and nonsense !?

OK … so clearly desperate traders, staring down the gaping barrel of a bleak run up to the end of the year bonus period, are prepared to cling to any pseudo “good news”, even if that news IS what essentially boils down to counterfeiting! 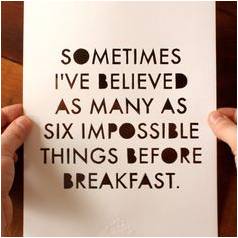 They really must all be sticking these post-it cards we ‘Wonderlanders’ had printed, on their computer terminals each morning as the markets open!

The head shaking irony, that almost makes me lose my hat each time I hear it, is that after enduring weeks of having to listen to Talking Heads, pouring scorn on the “fabricated nature” of “Chinese State interventions” in their stock markets … this evening, we are treated to “hats being thrown in the air” like graduation students, at the “news” that the European Central Bank is about to … “do a China” too!

But … you have to remember though, that this announcement was brought to you by Mario “Do-Whatever-It-Takes” Draghi, the man with a ‘license to thrill’ …

… and who holds of the keys to the printing presses! That Goldman Sachs place-man, who almost single-handedly seems to be on a mission to destroy what’s left of the free market, and who intends to impose a Centrally Planned Economy!

But … I guess we have to remember that one of the 10 Central Tenets and planks of the Communist Party Manifesto, was indeed the formation of a Central Bank!

I seem to remember too, that when the “al Qaeda rebels” stormed Benghazi, at the dawn of the Libyan coup a few years ago, that within four days, they too had set up a Central Bank.

My god but these “Communists” and “Rebels” sure act fast in rolling out central banking policies when the mood strikes them!

Maybe they too, are prepared to “do whatever it takes”!

Meanwhile, back in Wonderland “News” … clearly a whole bunch of traders are welcoming the news that “Super Mario Drahgi” is about to throw bucket loads more candy from his fleet of helicopters! 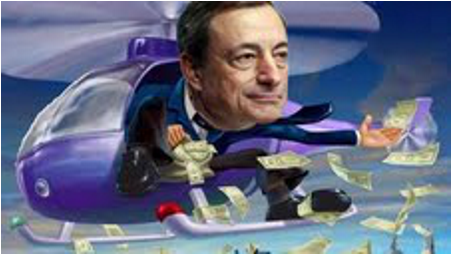 But you can’t blame those “poor traders”, they are just throwing their rattles out of their prams, wanting their “end-of-year-bonuses” for Christmas … and they aren’t about to be denied them, just because Santa Claus’ North Pole factory is flat broke, is fighting a covert currency war, and is in the process of being asset stripped!

No, the markets are not about to let a few inconvenient facts, get in the way of a good “can kicking” session.

So then, as “The Good Ship Stock Market”, is consciously set even further adrift from the shore of Common Sense, the delusion that “the free market exists” is sinking deeper and deeper into Alice’s Wonderland.