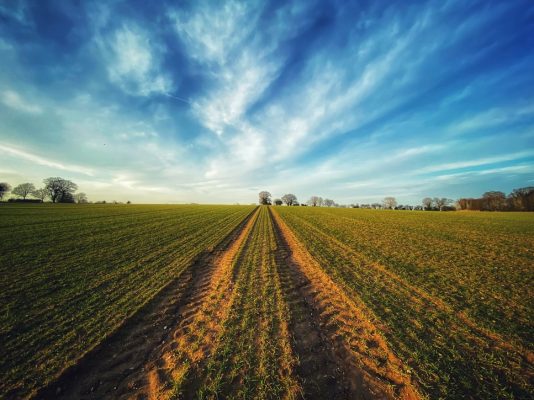 Sometime around 5,000 years ago, a group of farmers in what is today southern Iraq had a very interesting – and important – idea.

Taking a piece of compressed clay, they began using pictographs, an image that represents a value, to depict their inventories of grain and livestock, and transactions that had taken place.

While this was not the first time humans had used inscriptions to count – the Ishango bone from what is now the Democratic Republic of Congo is just such a tool, thought to date back around 20,000 years – it was the first time that it was so detailed, and created a means to both subtract and add, as well as to differentiate between commodities.

This system of agriculture-based accounting then went on to become cuneiform, the world’s first written language.

It also formed the basis of practically everything we consider to be “human civilization”. With more effective agriculture and accounting, humans were able to amass wealth generated from surpluses to fuel further development. Agriculture both forced us and allowed us to develop.

While this may be fascinating from a historical perspective, it probably shouldn’t surprise anyone. Agriculture continues to underpin our civilization, though it is far from being our only economic or technological focus.

Agriculture’s share of global GDP has been on a steady decrease since the industrial revolution, which marked the beginning of human society’s economic decoupling from agriculture.

From being our main economic focus, agricultural production is now only worth about 3% of the global economy. Although that’s still about USD 2.5 trillion, its share is not representative of its importance.

Indeed, while we may have found new ways to make and spend money, we have not found ways to survive without food.

For that reason, agriculture continues to be the bedrock of human civilization. And as the human population continues to grow – according to most projections to about 10 billion people by 2050 – so too will the demand for agricultural produce.

At the same time, climate change is also creating new challenges – and opportunities – for agricultural production, with vast areas of Siberia that were previously too cold for growing food currently under a process of transformation into what will be the world’s future bread basket.

Other similar but also excitingly different opportunities are quickly arising all around the world, ranging from large-scale industrial agriculture projects that will cater to feeding the world’s masses, to smaller, more boutique operations that will cater to our changing tastes for healthier, more equitable and sustainably sourced produce.

While agriculture is the most ancient of industries, this doesn’t mean that humans have stopped finding ways to innovate and improve it.

From new technologies for increasing production, to intelligent ways of using agriculture as a solid, stable investment in times of broad economic instability and zero-interest rates: a true hard asset that you own and which provides a stable return-on-investment.

This all makes the lack of interest by most investors in the industry even more surprising.

And it is precisely these aspects and opportunities that we will be exploring in our upcoming Agricultural Investing Report, which will be released when we unveil our new website and members area.

We are very excited about how this next chapter is shaping up for Q Wealth, and we look forward to revealing all the upgrades to our members in the next few months.

For those who have not yet acquired a paid Q Wealth membership, we are still offering the cut-rate offer of USD5 per year until we launch our new website and members area (along with some new and exciting reports, including the Agricultural Investing Report).