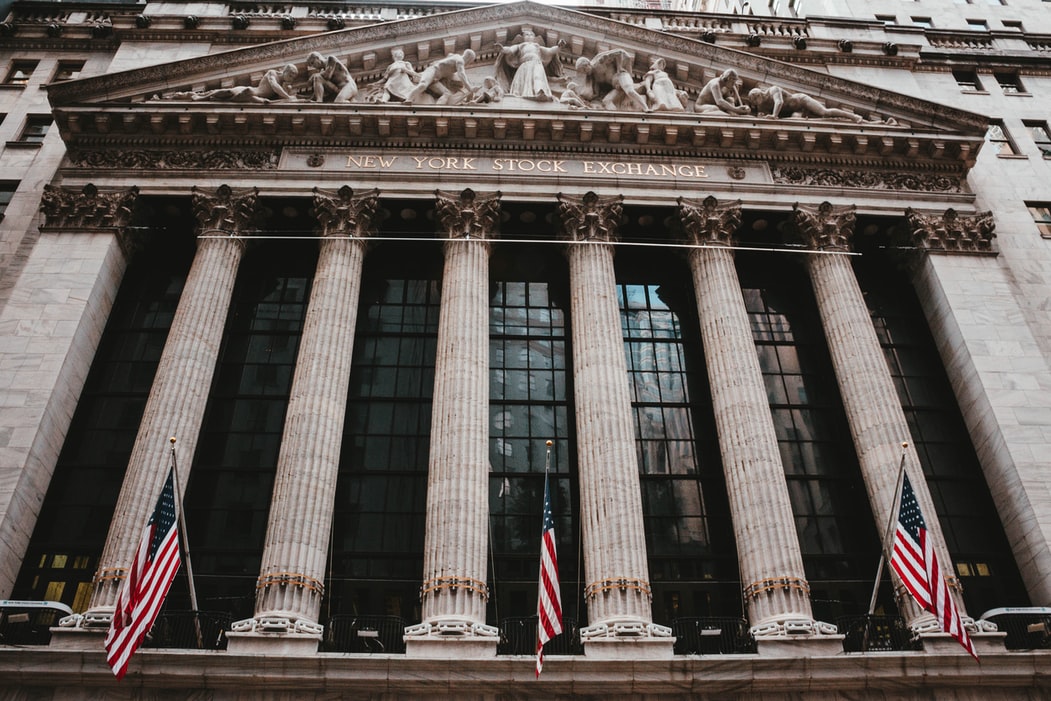 The last few months have witnessed a dizzying onslaught of information making their way into our screens and lives.

From talk of a massive global economic meltdown, to conflicting medical perspectives of Covid-19’s potential harm and unprecedented government lockdowns and stimulus packages – you couldn’t be blamed for thinking that the direction the world is heading is confusing at best.

One of the most intriguing aspects of the current macroeconomic situation is the condition of global stock markets.

While the US market – which tends to lead global trends – took a massive hit early on in the crisis, it has since rebounded, and has on occasions made daily gains that have smashed records that have stood since the late 1980s. 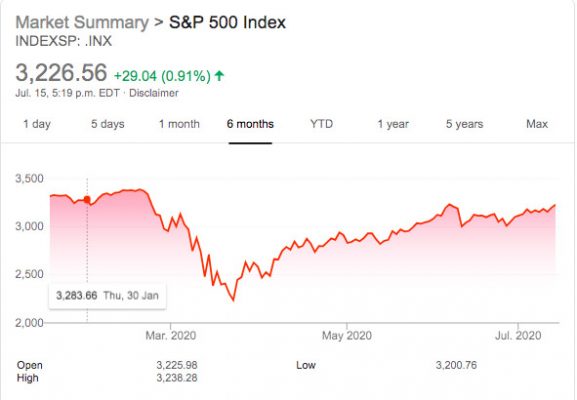 A quick glance quickly reveals the steep plunge it took in mid-March, as lockdown restrictions began to unfold across the world, and many parts of the US economy – and indeed worldwide – began to grind to a halt. Investors basically freaked out and started selling stocks, fearful of how long and deep the crisis would last.

Since that nadir, stock values – when viewed as a whole – have been heading back to the high levels they were enjoying at the beginning of the year.

This re-ascendance has largely been carried by technology stocks such as Apple, Alphabet (Google), Amazon, Microsoft and Facebook.

Due to their weight and resilience to the effects of the pandemic (we’ve had to rely on technology companies and their services even more during the crisis), these stocks have effectively been carrying the S&P 500 throughout the crisis. Government stimulus packages have also kept up spending by consumers on the businesses of these companies.

These ‘Big Five’ stocks had also been largely responsible for the US stock market’s impressive bull market over the last few years.

So does this mean that it’s time to buy stocks in these technology companies? Are technology stocks a clever, safe bet to hedge against the continued turmoil of the broader economy?

Well, that’s a complicated question. While these tech stocks might be doing very well as large investors continue to trust their prospects for future growth, whether they are worth the while of your average individual investor is another issue altogether.

The issue comes down to a few factors.

The first is your goal: do you want somewhere to safely park wealth for the future, or are you looking for stocks that will pay yearly dividends?

In times past, the question of dividends was the premier issue most investors took into account when deciding to purchase stocks in a company. The idea was that dividends demonstrated that said company was profitable, and this was proven by a yearly pay-out of the profits to the shareholders of the company.

However, tech companies have largely changed this concept, with the justification that the nature of their business – continuous innovation, experimentation and ultimately speculation in potentially risky new products – warrants total control of the company’s revenue by their boards.

So, investors need to decide if they are willing to trust the prospects of Google’s future growth, and that they can thus cash out on their investment whenever they choose to sell.

The second factor is the actual deal you would be getting on those stocks. In general terms, this can be measured by the Price-to-Equity (P/E) Ratio of the stock. The higher a P/E is, the higher the price of the stock is compared to a company’s earnings.

The P/E ratio is therefore commonly used as a means of gauging whether a given stock is ‘expensive’ or, conversely, ‘undervalued’.

The major outlier is Amazon, which currently has a huge P/E of around 143. That massive figure will be pulling up the S&P 500 average significantly as those 5 big stocks account for about 22% of the index’s total market capitalization.

These current prices for stocks are historically expensive. The average P/E ratio of the S&P 500, since records began in 1871, is around 15. The current levels are nearing the prices seen around the time of the dotcom bubble in the early 2000s.

That doesn’t mean we are necessarily heading for another crash; what it does mean is that buying the well-performing stocks on the US market is particularly expensive and will offer less potential returns in the longer term, as a return closer to the mean becomes more likely.

Couple that with the still-uncertain impact of the Covid-19 crisis on global markets, and the bet becomes even riskier.

What about other ‘Safe Havens’?

Another interesting point to note about the current macroeconomic situation is how closely gold has been tracking the stock market.

Traditionally, gold has been understood to have an ‘inverse correlation’ with the stock market – when stocks are up, gold is down, and vice versa.

However, what we are seeing now is a flow of institutional (read equity funds, banks and state investors) into what are considered to be the ‘safe’ stocks of tech companies, or the ‘safe haven’ of gold. That has resulted in the price of gold strongly tracking that of the S&P 500 over the last year.

So, while gold and the heavily tech stock-weighted S&P 500 may make sense for players with millions or billions of dollars to bet, the high prices (and smaller margins) of these assets can make them less of a good investment choice for individual, smaller investors.

This doesn’t mean that it’s a bad idea to buy gold; its price has historically, over time, only risen. But there is a difference between buying gold as a safe storage of wealth, and using it as an investment tool.

So what’s a better alternative?

It is irrefutable that the big tech companies have good prospects for growth due to their extensive resources for innovation, and the ever-increasing digitization of the world.

However, for smaller investors, there are definitely better options out there, which will provide more ‘bang per buck’, while also conferring other benefits, such as dividends, or even access to second residency or citizenship options.

We will be covering some of these investment options in our upcoming Covid-19 report for our paid members, as well as providing an updated analysis of the short to medium prospects of ‘safe haven’ assets such as gold as a wealth storage instrument.

Our upcoming new Member Area that will soon be launched on our website will also have a section where we explore highly undervalued stocks around the world. These will be stocks that we have no private stake or interest in, but which we consider to offer good prospects of return for our members.

Have any thoughts on stock, or any other asset investments? Get in touch and pose your questions, and we might cover the topic you raise in a future article.